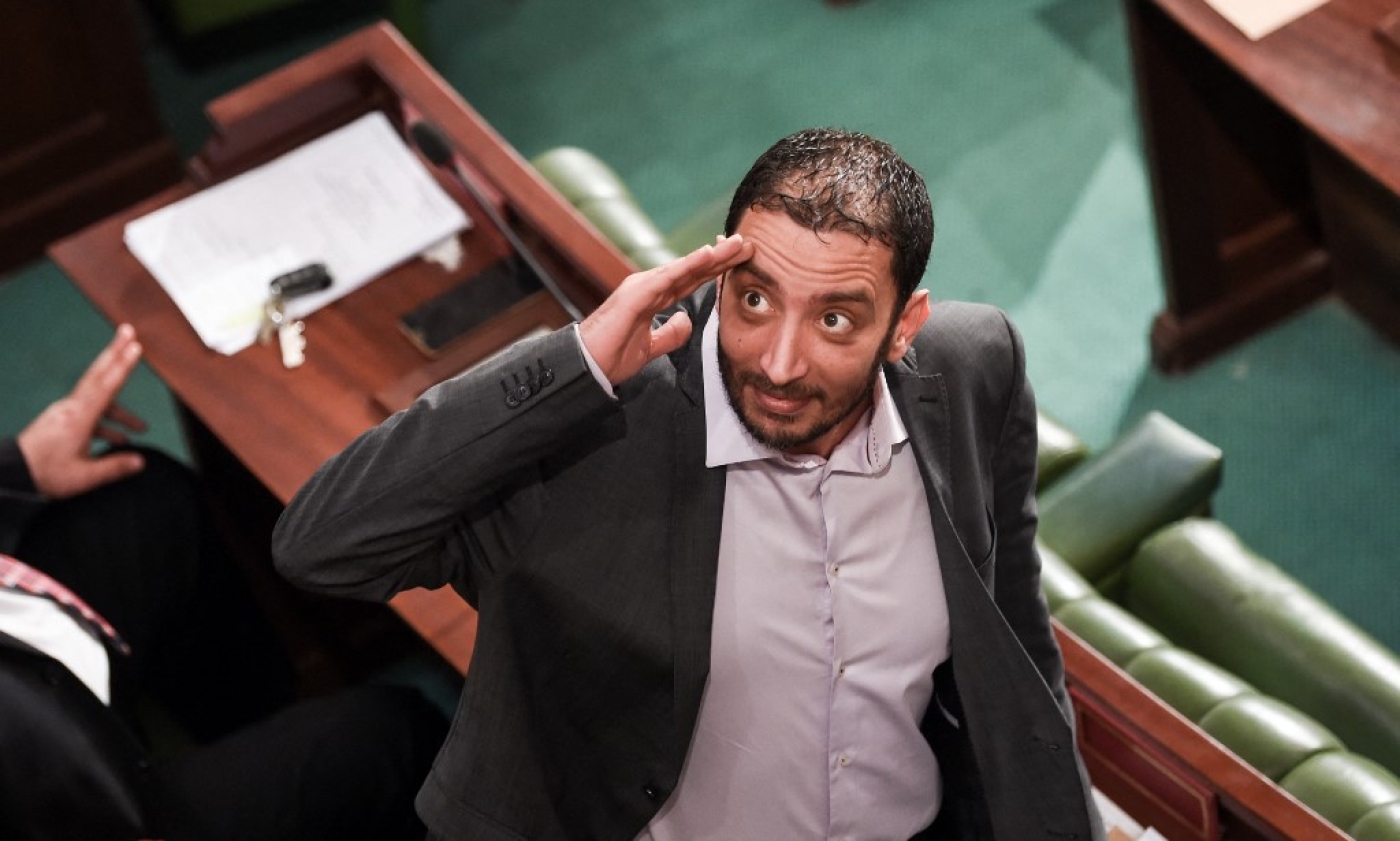 Yassine Ayari, pictured here in 2015, had previously been prosecuted for 'defaming the army' and 'offending the president of the republic' over Facebook posts denouncing alleged military role in repression and corruption (AFP)
By
MEE and agencies

A Tunisian member of parliament who branded President Kais Saied's decision to suspend parliament and sack top officials as a "military coup" has been released, his wife confirmed on Thursday.

Yassine Ayari, an independent MP, spent nearly two months imprisoned before he was released. During his time in prison, Ayari also went on hunger strike to protest military trials of civilians. Tunisia's military court had said he was detained pursuant to a two-month prison sentence passed in late 2018 for criticising the army in comments on Facebook.

Ayari's wife Cyrine Fitouri told AFP that her husband had "got out of prison yesterday. He is doing well although a little tired and disoriented."

She added that the "charges against him remain" and that he had ended his hunger strike on Tuesday, after two weeks.

Fitouri was among about 40 people in Tunis who rallied on 11 September to support him as he was due to attend a military court hearing.

"We demand his liberation... a civilian should only be tried by a civil court, not a military tribunal," Fakhreddine Belgaid, a member of Ayari's Amal wa Aamal (Hope and Labour) party, said at that time.

Ayari's vocal criticism of authorities has brought him many run-ins with the law.

His release came on the same day Saied, the North African country's president, took exceptional measures strengthening the powers of his office at the expense of the government and parliament.

On July 25 he had sacked the government, suspended parliament, removed lawmakers' immunity, and placed himself in charge of overseeing the public prosecutor, putting in doubt the only democracy to emerge from the Arab Spring uprisings of a decade ago.

Ayari had previously faced charges of “defaming the military” and “offending the president of the republic” over Facebook posts accusing the former president, Beji Caid Essebsi, of trying to use the military to repress Tunisians.

He was sentenced by a military court in June 2018 to three months in prison for the charges.

In 2015, he served three months in prison over blog posts he wrote alleging financial abuses by army officers and defence ministry officials in a case Human Rights Watch had described as "not worthy of the new Tunisia". 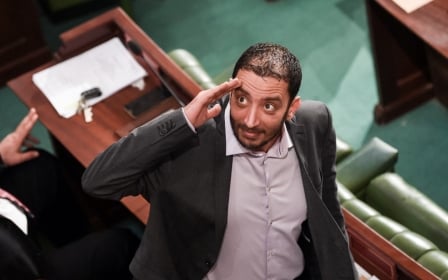