Tunisian president confirms presence of US drones on Libyan border Tunisian President, Béji Caïd Essebsi, has confirmed that US surveillance drones are flying over the Tunisian border with Libya to thwart any potential attacks made by Islamic State (IS) militants in Tunisia.

The question of the presence of the US military in Tunisia is a sensitive issue in the country, as opponents would interpret it as a breach of national sovereignty.

Last month, US government sources indicated that US surveillance drones satarted flying over Libya from a Tunisian air base.

The Tunisian defence minister immediately denied US use of an air base in Tunisia with the official press agency, TAP. However, at the time, the Middle East Eye obtained a statement from a US expert who confirmed this.

When urged to provide clarification, President Essebsi said on Tuesday evening that cooperation with the US was a necessary measure to prevent militant attacks such as those perpetrated against the Tunisian town of Ben Gardane in March.

The drones used by the US are not armed at the request of the Tunisian authorities, Essebsi said in an interview with the regional channel El Hiwar Ettounsi.

"The deal we struck with the Americans concerns intelligence sharing," he stated, without indicating whether the drones were flying over Libyan air space or beyond the border.

"These drones are not offensive and their use is undertaken in the framework of a bilateral deal stipulating the exchange of intelligence and supply of drones to Tunisia after the end of their mission and expertise by Tunisian military forces in their use."

Essebsi emphasised that the deal concluded for the use of these drones was "intended to defend Tunisia against any potential threat coming from the Libyan borders without representing any direct threat for any neighbouring country, notably Algeria." 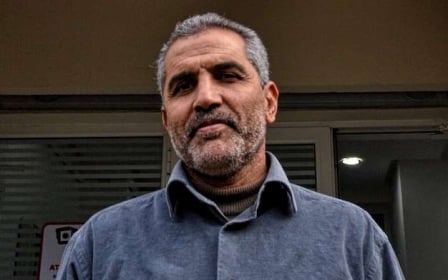 Tunisia
Tunisia arrests two Americans suspected of ties to IS