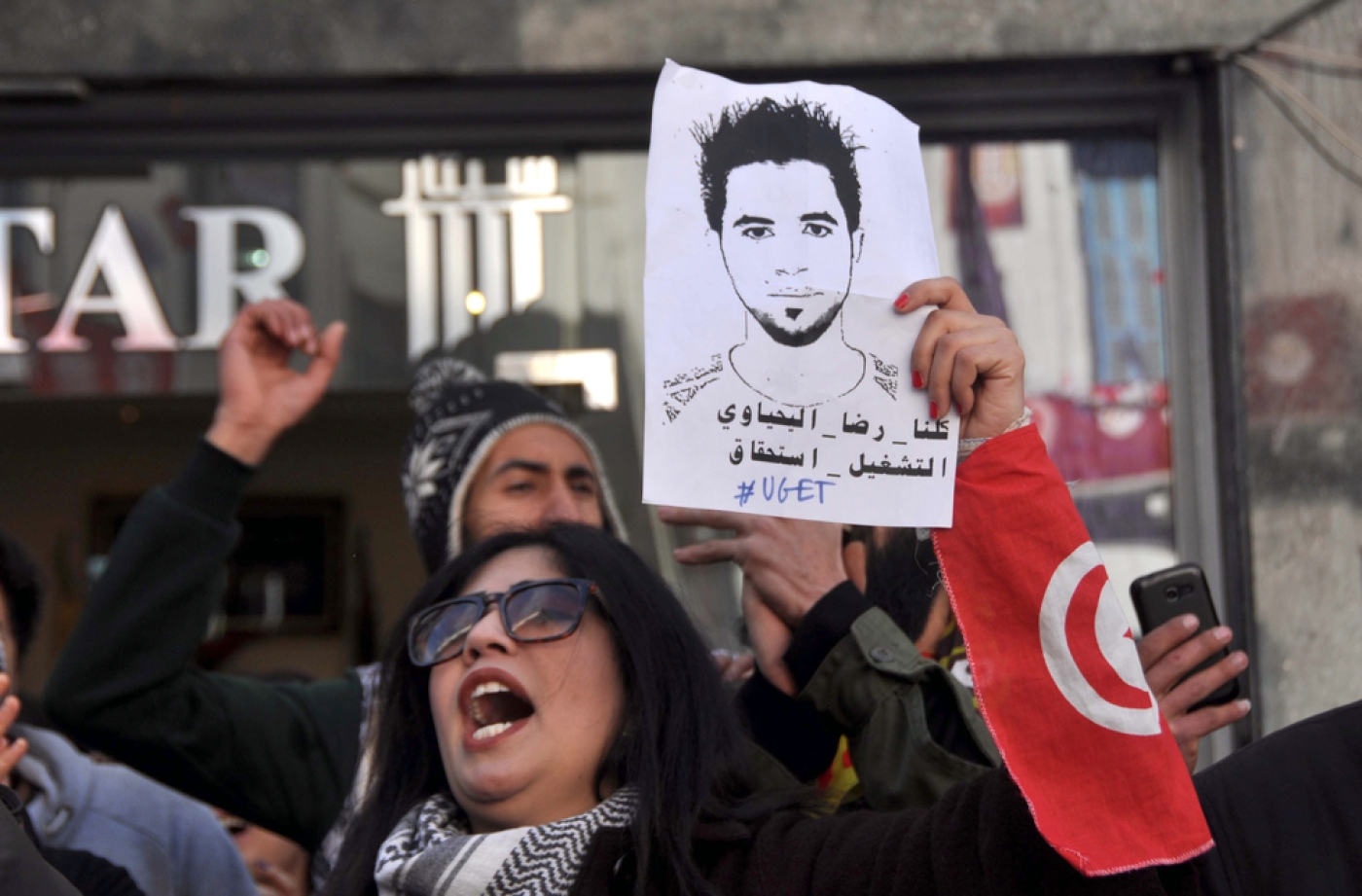 Tunisian police fired tear gas at protesters as they tried to storm local government buildings in several towns in the third day of growing protests over unemployment.

Several thousand youths were reportedly demonstrating on Thursday outside government offices in Kasserine, an impoverished town where a young graduate died at the weekend while protesting about his joblessness.

Police also reportedly clashed with protesters in Jamdouba, Beja and Skira, and in Sidi Bouzid, where youths chanted "jobs or another revolution," according to state media and witnesses.

The government meanwhile confirmed that a police officer was killed when protesters attacked his car on Wednesday in Feriana, in the Kasserine region. Unrest elsewhere left about 40 people injured during clashes between police and protesters.

The demonstrations began at the weekend in Kasserine when Ridha Yahyaoui, a 28-year-old unemployed graduate from the town, was electrocuted after climbing a power pole to protest at being refused a state job.

“This government has to be changed,” said 26-year-old Nidhal Bennasr. “Only during the elections do the politicians do their best. Otherwise they don’t care about us. They only take, they don’t give us anything. We don’t have a real democracy here.”

Protesters marched to a building owned by the Tunisian Electricity and Gas Company, outside of which 15 men lay on mattresses under blankets. They have been holding a hunger strike since 4 January, drinking just water and eating sugar. All of them have university diplomas but work as guards for the energy company for low wages.

One of the guards and hunger strikers, 32-year-old Nasr Mehdawi, held a sign reading: “We are all Ridha Yahyaoui”.

“I’m fed up,” Mehdawi told Middle East Eye. “Often, I don’t have enough to eat.” He added that he is still not married, but that the rest of his colleagues have children to feed.

The protests come almost exactly five years after Tunisia’s 2011 uprising, which demanded the overthrow of the government and succeeded in removing then president Zine al-Abidine Ben Ali who had ruled the country for three decades.

The Tunisian Nawaat blog reported demonstrations in 16 provinces of Tunisia, although MEE cannot confirm this information.

Kasserine, one of the poorest areas in Tunisia with a population of 80,000, is close to the town of Sidi Bouzid, where another unemployed university student, Mohamed Bouazizi, set himself on fire in 2011 after the municipality confiscated his weighing scales and stall, and sparked what is commonly referred to as the Arab Spring.

In the capital Tunis, demonstrators held posters of Yahyaoui and protested on the Habib Bourguiba Avenue.

Tareq Toukabri, an activist and member of the political and cultural youth movement called “The Movement of the New Generation” told MEE that the main trigger for the 2011 protests in the country, unemployment, was still not being addressed five years on.

“The youth have had enough and are in a state of agitation and upheaval from what they see and are exposed to on a daily basis,” Toukabri said.

“The political class who used to be oppressed under [Ben Ali’s] rule now enjoy the goods, and revel in their fancy cars and hotels. As a result, there’s a state of political deadlock that has contributed to the marginalisation of those who have no access to these benefits.”

In an attempt to calm the protests in Kasserine, the government’s spokesman Khaled Chawkat announced the creation of 5,000 new jobs and a $65mn project to build 1,000 social homes in the town.

“This is only a cosmetic solution that has no basis in reality,” he said. “If you employ 5,000 men from Kasserine, then 5,000 more from Baja will rise up. They have the right to employment. It’s the same case with Sidi Bouzid.”

It is estimated that the number of unemployed youth in Tunisia is between 700,000 to 800,000. More than 15 percent of the working population is unemployed, including one in three university graduates.

The North African country, led by President Caij Essebsi of the Nidaa Tounes party, has been beset with economic problems. Toukabri blamed the party’s inner divisions and fractures for disregarding priority issues in the economic and social sector, and said that this was reflected on the Tunisian street, particularly the youth, in a negative way.

“How can a government that is steeped in economic deficit and increasing debt that exceeds 56 percent be able to provide jobs for its unemployed youth?” he said.

“To inject youth into the public sector will simply not work because of our budget deficit,” he continued. “When the government discussed the national budget in 2015 they said that by 2016 there will not be room for jobs in the government sector.”

Mouncef al-Trabalsi, an activist from Beja, said that in the past five years, there hasn't even been a reform programme put into place.

"There is no intention nor any strategy on behalf of the government to deal with these problems," he said, mentioning unemployment, security, health and development. "

"So many promises have been made and none implemented. They are only ink on paper. These vows were only done for election campaigns, and that is what is causing the youth to protest."

The protests, according to Toukabri, will continue until the people achieve their “right to basic dignity”.

“The youth consider the old politicians, which they refer to as dinosaurs, as hijacking their protest movement and excluding the main factor and impetus for this unachieved revolution,” said Toukabri. 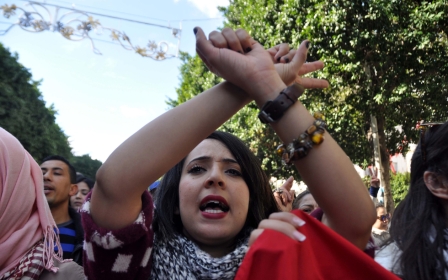 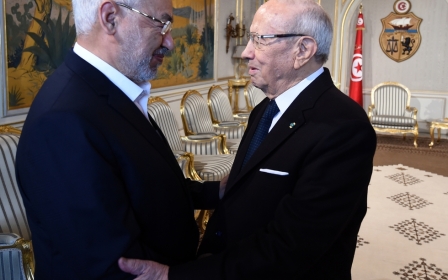 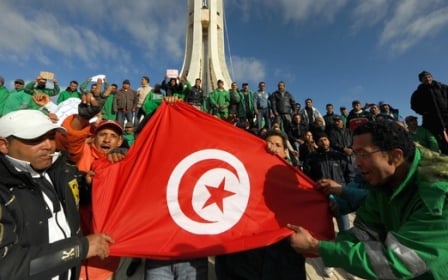