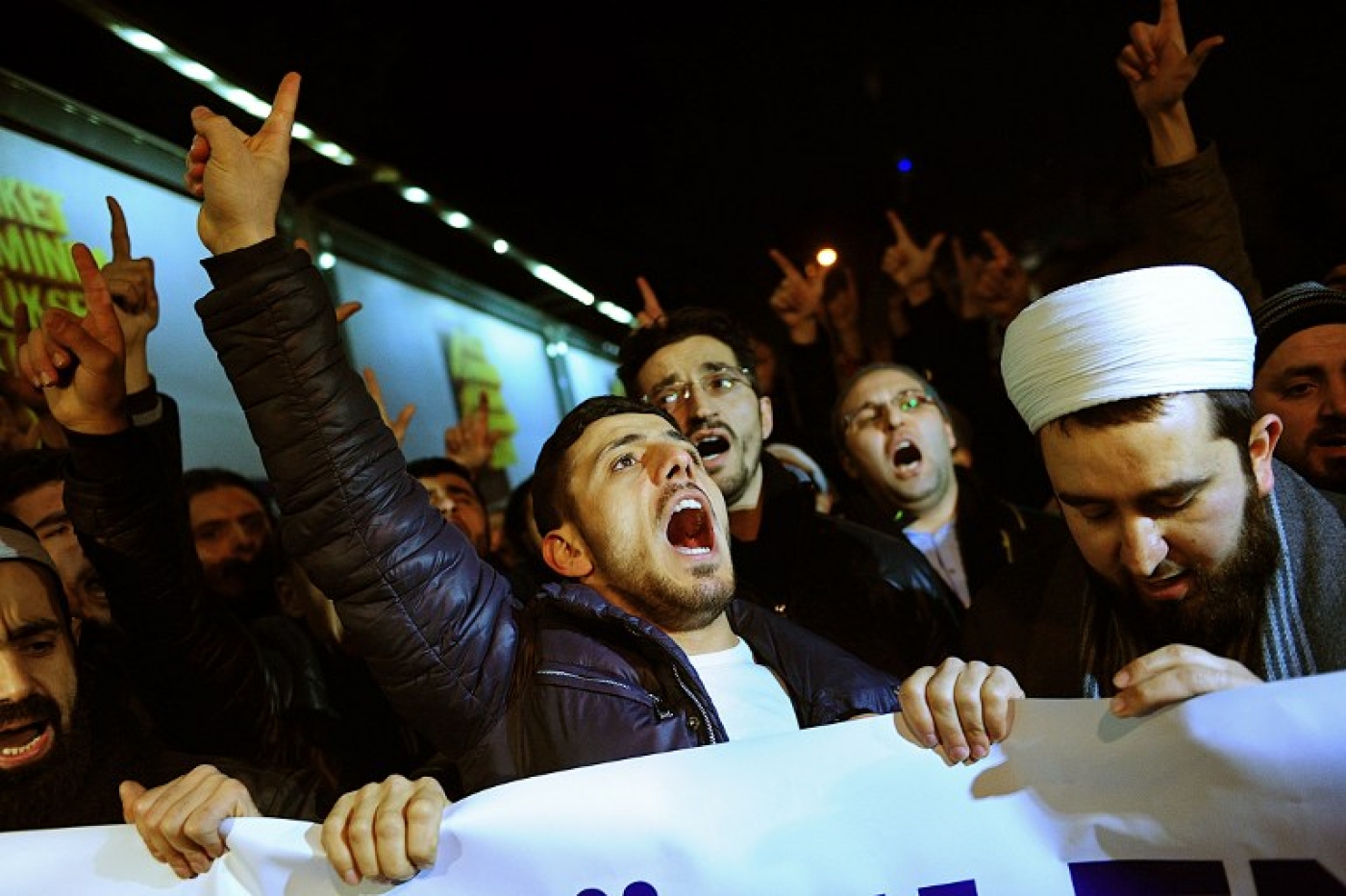 Turkey will not allow Muhammad to be insulted, Prime Minister Ahmet Davutoglu said on Thursday, describing the publication of cartoons of the prophet as an open provocation.

"We do not allow any insult to the prophet in this country," Davutoglu said. "Freedom of the press does not mean freedom to insult," he told reporters in Ankara.

"As the government, we cannot put side by side the freedom of the press and the lowness to insult,” he said.

His comments come a day after Cumhuriyet, a Turkish daily, caused controversy by reprinting cartoons featuring the prophet from the special Charlie Hebdo issue, published a week after 12 people were killed in an attack at the satirical magazine's Paris offices.

While government censors stepped in to ban images of the prophet on the front cover of the paper, Cumhuriyet got round the censors by publishing the images on an inside page, a decision that sparked a raft of death threats and a small protest outside the paper’s offices.

A Turkish court has also ordered a block on access to websites featuring the latest cover of Charlie Hebdo, after a petition from a single lawyer claiming that the printing of the cartoon had the potential to endanger public order. The ruling was announced by a local court in the southeastern province of Diyarbakir following a complaint.

Many Western publications have chosen to reprint some of the controversial images, although others – most notably the New York Times – have made editorial choices not to display the images.

“Those who disregard the sacred values of Muslims by publishing forms allegedly referring to our prophet are clearly committing a provocation,” Deputy Prime Minister Yalcın Akdogan said via Twitter on Wednesday.

“The fact that those who irresponsibly target the values of society publicly express it via media or through art doesn’t change its aggressive nature,” Akdogan said.

Davutoglu has also spoken of the sensitivity of the issue, saying on Thursday that people in predominantly Muslim Turkey could not be expected to show patience towards insults to the prophet of Islam.

"If some print cartoons that insult the prophet - and this is the situation and there is a sensitivity in Turkey - it is a provocation... it is an open provocation," said Davutoglu.

The Turkish prime minister went on to slam Israeli Prime Minister Benjamin Netanyahu, saying he had committed crimes against humanity comparable to those behind the Paris attacks.

"Netanyahu has committed crimes against humanity the same as those terrorists who carried out the Paris massacre," he told reporters in televised comments, pointing to the deadly 2010 Israeli assault on a Turkish aid vessel and last year's onslaught on Hamas-controlled Gaza.

Article 9 of the law stipulates that: “To maintain order in the society, publications issued abroad can be banned in Egypt by an order from the cabinet to ban its re-publication and dissemination in the country.”

While Article 10 of the same law goes on to state that: “The cabinet has the right to ban publications offensive to religion or publications promoting erotica in a way that can disturb the public peace.”

Egypt’s Dar El-Ifta described the decision of the French weekly magazine to publish another cartoon of the prophet on Wednesday as “an act unjustifiably provocative to the feelings of a billion and a half Muslims worldwide who love and respect the prophet.”