Turkey and Russia agree on IS, differ on Syria

Russia says 'EU will not benefit from Russian gas any more' as it offers Turkey a discount deal, vows 'to improve rights of Crimean Tatars' Turkey and Russia on Monday agreed to work together to combat Islamic State (IS) militants in Syria, but acknowledged their differences over the government of president Bashar al-Assad.

"We have a common stance (with Russia) over the DAISH terrorist organisation there," Turkish President Recep Tayyip Erdogan told a joint news conference with his Russian counterpart, Vladimir Putin, referring to IS by its Arabic acronym.

"There has been no problem over the issue of terrorism. We occasionally see how much Russia has suffered from terrorism and we know that there cannot be an understanding such as 'your terrorist' and 'my terrorist'," he added.

Putin similarly said: "We do not want chaos in Syria, nor the strengthening of terror groups."

Turkey and Russia stand on opposing sides over the crisis in neighbouring Syria, with Ankara being one of the fiercest critics of Assad's rule post the 2011 uprising.

Moscow remains one of Assad's few allies, routinely blocking resolutions against his government in the UN Security Council.

"We have agreed with Mr President that a solution is needed (on Syria) but the problem is how," said Erdogan. "It is impossible to reach a solution with Assad."

But Putin claimed that Assad received overwhelming support in the June presidential elections.

"An election was held there and we saw that Assad has major support," Putin said, adding that Russia has limited contact with the Syrian government.

Erdogan was swift to denounce the notion that Assad had popular legitimacy.

"Coup rulers come to power in the world by taking a high percentage of votes... We saw this kind of a situation in Turkey as well, when the pro-coup mindset won the elections with 80-90 percent of total votes... The exact same thing also happened in Egypt," he said

"There is an attempt to legitimise a person who came to power (in Syria) through anti-democratic means…I have clearly expressed that the recent regime in Syria terrorizes, kills and tortures. We [Turkey and Russia] differ on how to bring an end to the current situation there," Erdogan added.

The Russian president said that Russia will increase the capacity of Blue Stream Natural Gas Pipeline by 3 bcm.

“We will meet Turkey’s growing energy demand by building a new energy terminal and increasing the capacity of Blue Stream.” he said.

He added that Moscow will halt the construction of South Stream Natural Gas Pipeline project and will build a natural gas hub on Greece border of Turkey. On Monday, Russia and Turkey signed a memorandum of understanding to build the hub.

Putin said that the European Union prevented the realization of the South Stream Project. “That means Russian gas will reach other world markets in the form of liquefied natural gas. The EU will not benefit from Russian gas any more. That is their choice.” he said.

Putin also said that whoever needs Russian gas will buy it through Turkey. The discount on Russian gas to Turkey will increase as the cooperation between two countries develops further, he said.

On economic ties, Erdogan said that the two countries aimed to raise the current $33 billion trade volume to $100 billion by 2023.

The Turkish president also touched upon the trade deficit between Russia and Turkey. "Some $25 billion of the current trade is composed of Russian exports to Turkey, while Turkish exports to Russia are some $7 billion. To reduce this gap, we have decided to increase our relations in many fields including energy, tourism, construction and investment," Erdogan said.

Russia says it is ready to grant the ethnic and cultural rights of Crimean Tatar people, Erdogan said Monday.

"We found [Russia’s] approach positive on the situation of Crimean Tatars. They say they are ready to provide Crimean Tatars with the rights which they have not been able to obtain thus far," Erdogan said in a joint press conference with Putin.

Russia took over Crimea in March after a controversial referendum, which drew the ire of international observers because Russian soldiers occupied the region during the voting.

Leaders of Crimean Tatars, a Turkic ethnic group, had also opposed the peninsula's referendum to declare independence from Ukraine and join the Russian Federation.

According to Turkey’s Foreign Ministry, there are 280,000 Crimean Tatars in the autonomous Republic of Crimea, which constitutes close to 13 percent of the total population.

More than 4,000 people have been killed and more than 9,000 wounded in the conflict between the Ukrainian government and pro-Russian separatists in eastern Ukraine since mid-April, according to the UN.

Turkey is among the countries against Russia’s annexation of Crimea and defends the territorial integrity of Ukraine, but did not join the Western-led economic sanctions on Russia. 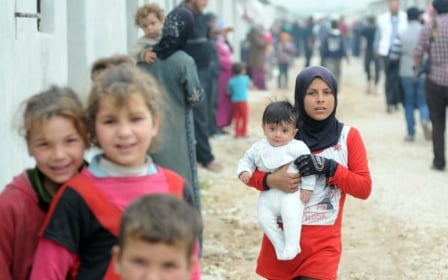 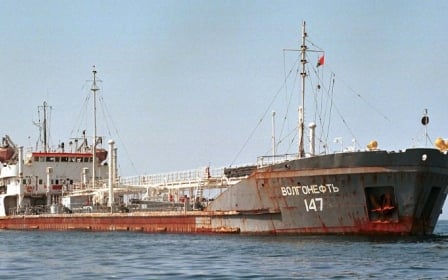