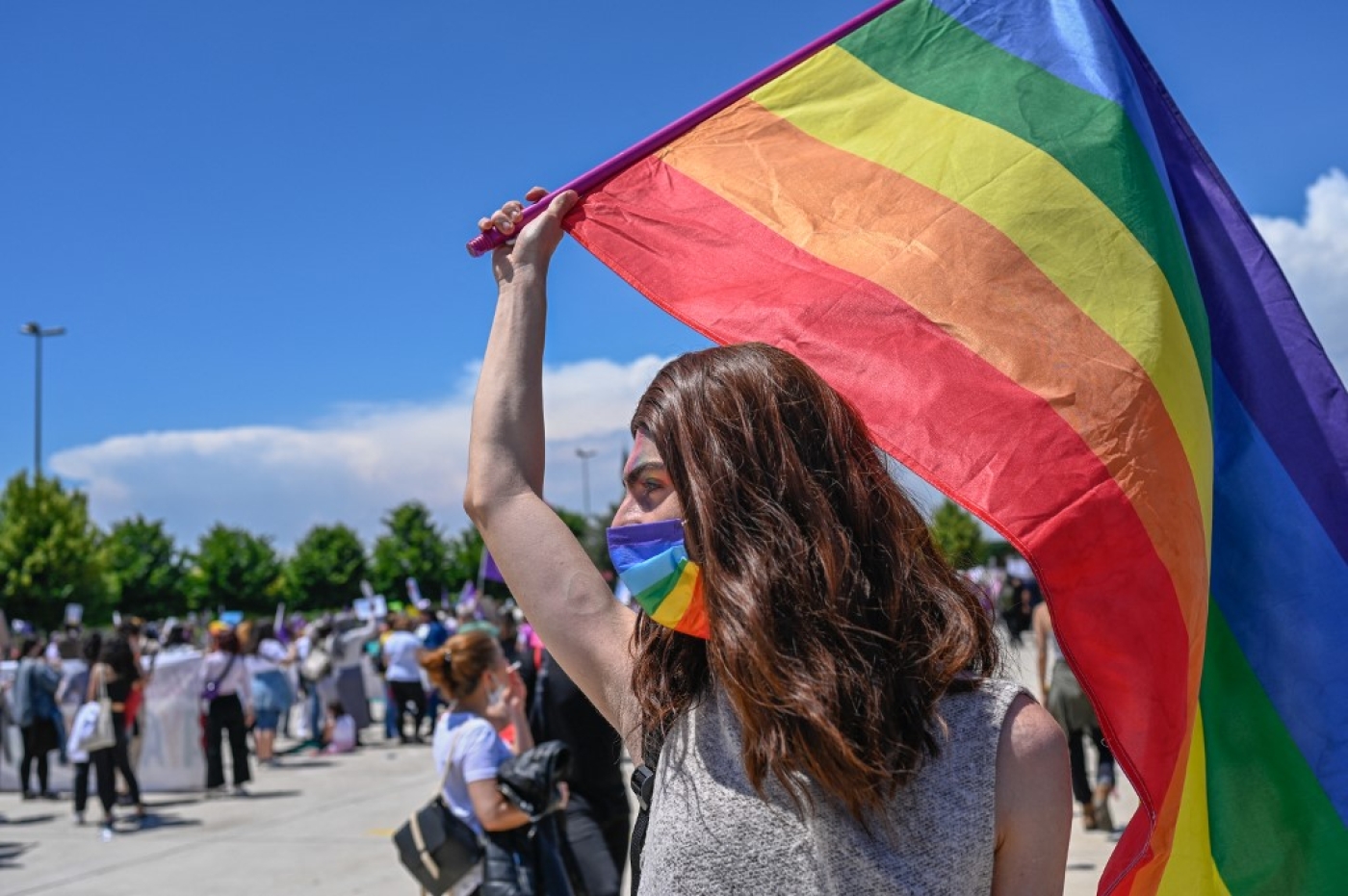 A member of the LGBTQI+ community holds a rainbow flag during a rally against Turkey's withdrawal from the Istanbul Convention, Istanbul 19 June 2021. (AFP)
By
Ragip Soylu
in
Ankara

Apple removed gay dating application Hornet from its App Store in Turkey on Friday after a court order last year claimed that personal rights of the Ankara provincial gendarmarie command were violated.

Hornet, which has more than three million users in Turkey, on Wednesday described the move as another Turkish government attempt at suppressing and silencing LGBTQ voices.

“What we are seeing take place in Turkey - a gradual erosion of free speech, consistently queerphobic language from the government’s highest offices, physical brutality in the streets - is nothing short of disappointing,” said Hornet founder and CEO Christof Wittig.

Hornet said it is now in the process of taking up legal counsel to appeal the decision, both to Apple and through the courts.

'What we are seeing take place in Turkey - a gradual erosion of free speech, consistently queerphobic language from the government’s highest offices, physical brutality in the streets - is nothing short of disappointing'

In 2013, Turkey blocked the popular gay dating app Grindr. The government - without any court decision - has also periodically blocked every website that contains the word “gay” in its link, including networking and pornographic websites.

Since 2014, Ankara has also forcibly banned the Istanbul Gay Pride parade, the only one in the Muslim world, and censored gay TV characters. Meanwhile, senior Turkish officials have intensified their rhetoric against LGBTQ citizens in the last two years, calling them “degenerates” and “deviants”.

“The court decision only orders a ban on Hornet’s website or links associated with them. We don’t know why Apple decided to remove the app,” he told Middle East Eye (MEE). “The court judgment itself doesn’t explain why and how the personal rights of Ankara gendarmerie were violated."

Apple has not responded to repeated requests by MEE to comment.

Hornet continues to be available on Google Play's app store, which is used by Android-based smartphones. The Apple Store services Apple's iPhones.

Akdeniz said these sorts of court judgments are blunt and problematic. Previous ones have seen YouTube, Twitter and Wikipedia blocked in Turkey.

“It means a serious intervention against the freedom of expression and right to privacy in Hornet's case,” he said.