The aftermath of the explosion in Diyarbakir, which killed three people (AFP)
By
MEE and agencies

The Kurdistan Workers Party (PKK) has said it was behind an attack on a police HQ in the Turkish city of Diyarbakir on Tuesday which left three people dead, including a police officer.

A statement on a PKK website on Wednesday said its militants had planted more than 2.5 tonnes of explosives beneath the compound.

Earlier, Turkish Interior Minister Suleyman Soylu said the incident was a "terror attack", one day after he indicated it was an accident. He initially said the blast occurred during repairs on armoured vehicles.

The attack came just days ahead of a referendum on expanding President Recep Tayyip Erdogan's powers.

The local authorities said 177 people had been detained over the latest deadly attack to rock the city this year.

Speaking on Haber-Turk television, Soylu said it was caused by individuals laying explosives underneath the police headquarters after digging a tunnel.

"It was a terror attack," he said, adding that the conclusion was reached after a thorough investigation.

"We had first thought that someone had entered and laid (explosives) but they carried it out through a tunnel dug from outside," he said.

"We scan the surrounding of our police buildings approximately once in every month, so as not to encounter any threat. It means they had placed them (the explosives) a short time ago."

A statement from the governor's office confirmed one police officer and two civilian personnel were killed and said one tonne of explosives had been used.

"A 30-metre (yard) tunnel had been dug from the adjacent building," it said.

Turkish police detained five suspects on Tuesday and 172 more on Wednesday, the governor's office said, adding that an investigation was under way.

The blast, which could be heard in several areas across the city, added to security fears just days ahead of Sunday's  referendum on expanding Erdogan's powers.

Images from the scene showed that the force of the blast created a large crater and caused considerable destruction to the building.

The southeast has been battered by renewed fighting between Kurdish rebels and Turkish security forces since a fragile truce collapsed in 2015.

The PKK has been waging an insurgency against the Turkish state since 1984 during which over 40,000 people have been killed.

The group is designated by Ankara, the United States and the European Union as a terror group. 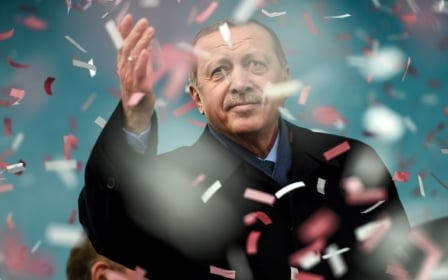 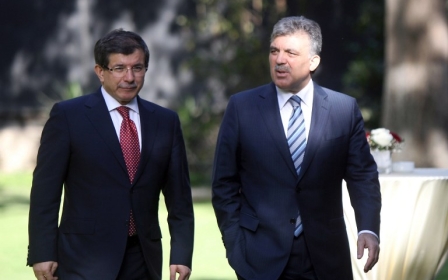