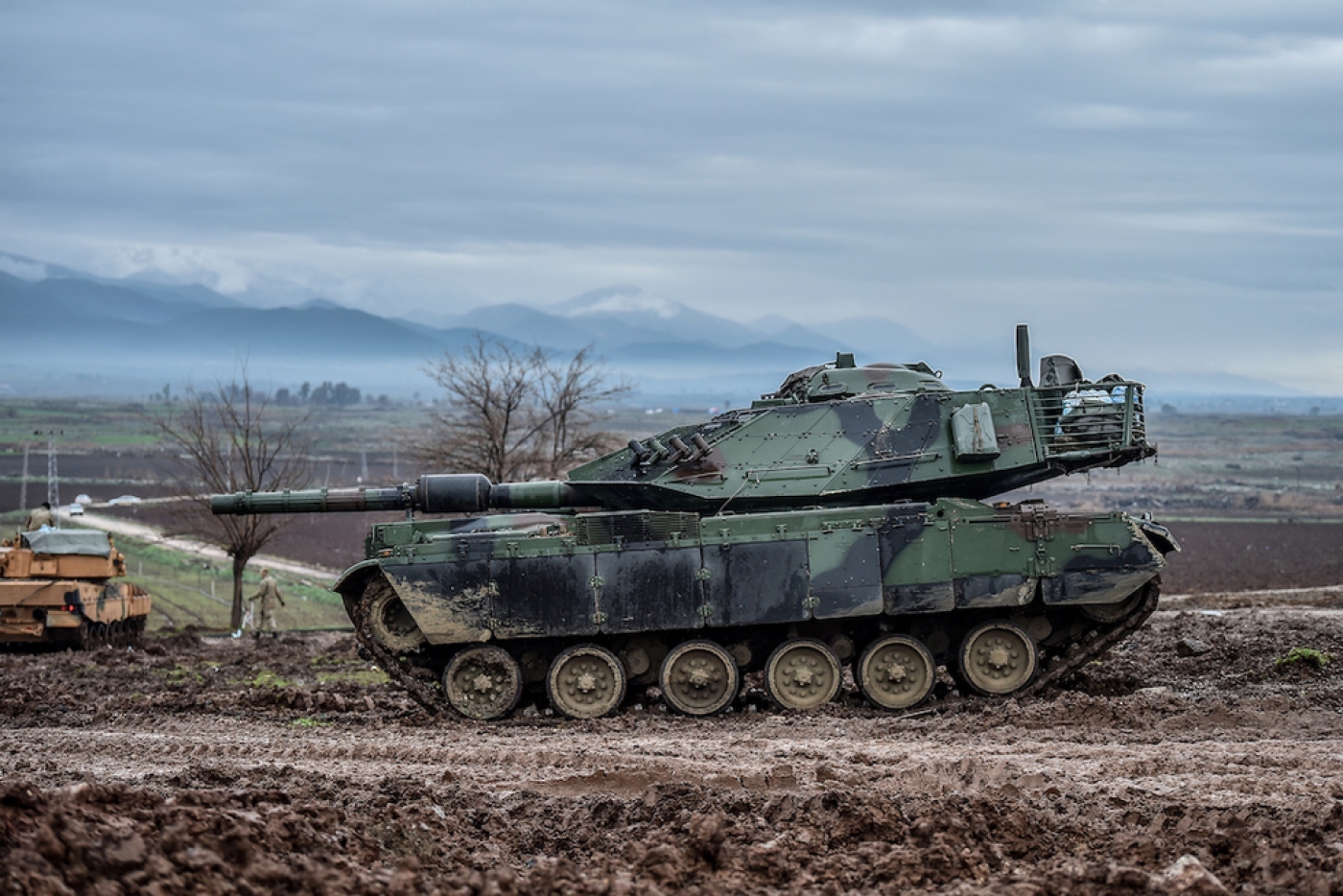 A Turkish army tank is stationed in a field near the Syrian border at Hassa, in Hatay province on 25 January, as part of the operation 'Olive Branch' (AFP)
By
MEE and agencies

Turkey urged the United States on Thursday to halt its support for pro-Kurdish fighters or risk confronting Turkish forces on the ground in Syria, some of Ankara's strongest comments yet about a potential clash with its NATO ally.

Turkey's targeting of the People's Protection Units (YPG), which it views as a security threat, has opened a new front in Syria's multi-sided civil war.

Any push by Turkish forces towards Manbij, part of Kurdish-held territory some 100km east of Afrin, could threaten US plans in northeast Syria and bring them into direct confrontation with US troops deployed there.

"Those who support the terrorist organisation will become a target in this battle," Deputy Prime Minister Bekir Bozdag said.

"The United States needs to review its soldiers and elements giving support to terrorists on the ground in such a way as to avoid a confrontation with Turkey," Bozdag, who also acts as the government's spokesman, told broadcaster A Haber.

The US has around 2,000 troops in Syria, officially as part of an international, US-led coalition against the Islamic State (IS) group. Washington has angered Ankara by providing arms, training and air support to Syrian Kurdish forces that Turkey views as terrorists.

“With the Olive Branch operation, we have once again thwarted the game of those sneaky forces whose interests in the region are different,” Erdogan said in a speech to provincial leaders in Ankara.

“Starting in Manbij, we will continue to thwart their game.”

Differences over Syria policy have already strained Turkey’s relations with Washington almost to a breaking point. For the US, the YPG is a key ally against both IS and Syrian government forces.

In Washington, the Pentagon said that it carefully tracked weapons provided to the YPG and would continue discussions with Turkey.

"We carefully track those weapons that are provided to them, we ensure that they, to the maximum extent possible, don't fall into the wrong hands and we're continuing discussions with the Turks on this issue," Lieutenant General Kenneth McKenzie, joint staff director, told reporters.

A Turkish operation in Manbij would be fraught with risk due to the presence of US military personnel in and around the town. They were deployed there last March to deter Turkish and US-backed rebels from attacking each other and have also carried out training missions in Manbij.

In a telephone call with Erdogan on Wednesday, US President Donald Trump raised US concerns over the Turkish offensive.

"President Trump relayed concerns that escalating violence in Afrin, Syria, risks undercutting our shared goals in Syria," the White House said in a statement. "He urged Turkey to deescalate, limit its military actions, and avoid civilian casualties and increases to displaced persons and refugees."

But an unidentified Turkish official told journalists that Trump did not share any “concerns [about] escalating violence” with regard to the ongoing military operation in Afrin and that the two leaders’ discussion of the operation was limited to an exchange of views.

The statement also said that Trump mentioned the necessity of limiting the duration of Operation Olive Branch and keeping in mind the presence of US troops in Manbij.

In an interview with Reuters, Turkey’s government spokesman said he saw a small possibility that Turkish forces could come face to face with the US troops in Manbij.

Meanwhile, US-backed Syrian fighters in the Manbij area have deployed to frontlines to confront any Turkish assault and are in contact with the US-led coalition over defending the town, their spokesman Sharfan Darwish said on Wednesday.

The Kurdish-led autonomous administration that runs Afrin called on the Syrian government on Thursday to defend its border with Turkey in Afrin despite Damascus's stance against Kurdish autonomy.

"We call on the Syrian state to carry out its sovereign obligations towards Afrin and protect its borders with Turkey from attacks of the Turkish occupier," it said in a statement on its website. 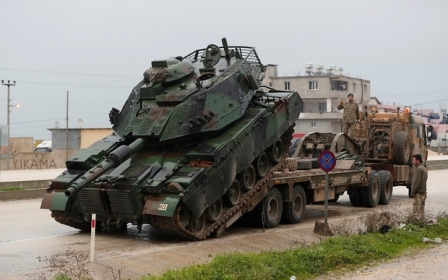 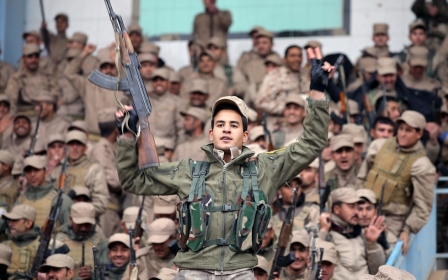 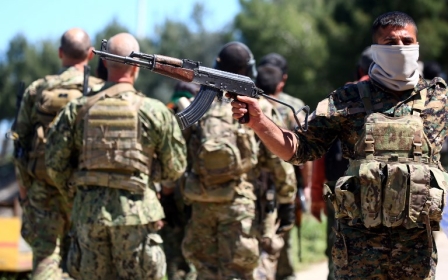