Mohamed Amar Ampara, who was captured in Turkey, is now being interrogated by intelligence officers, says broadcaster NTV 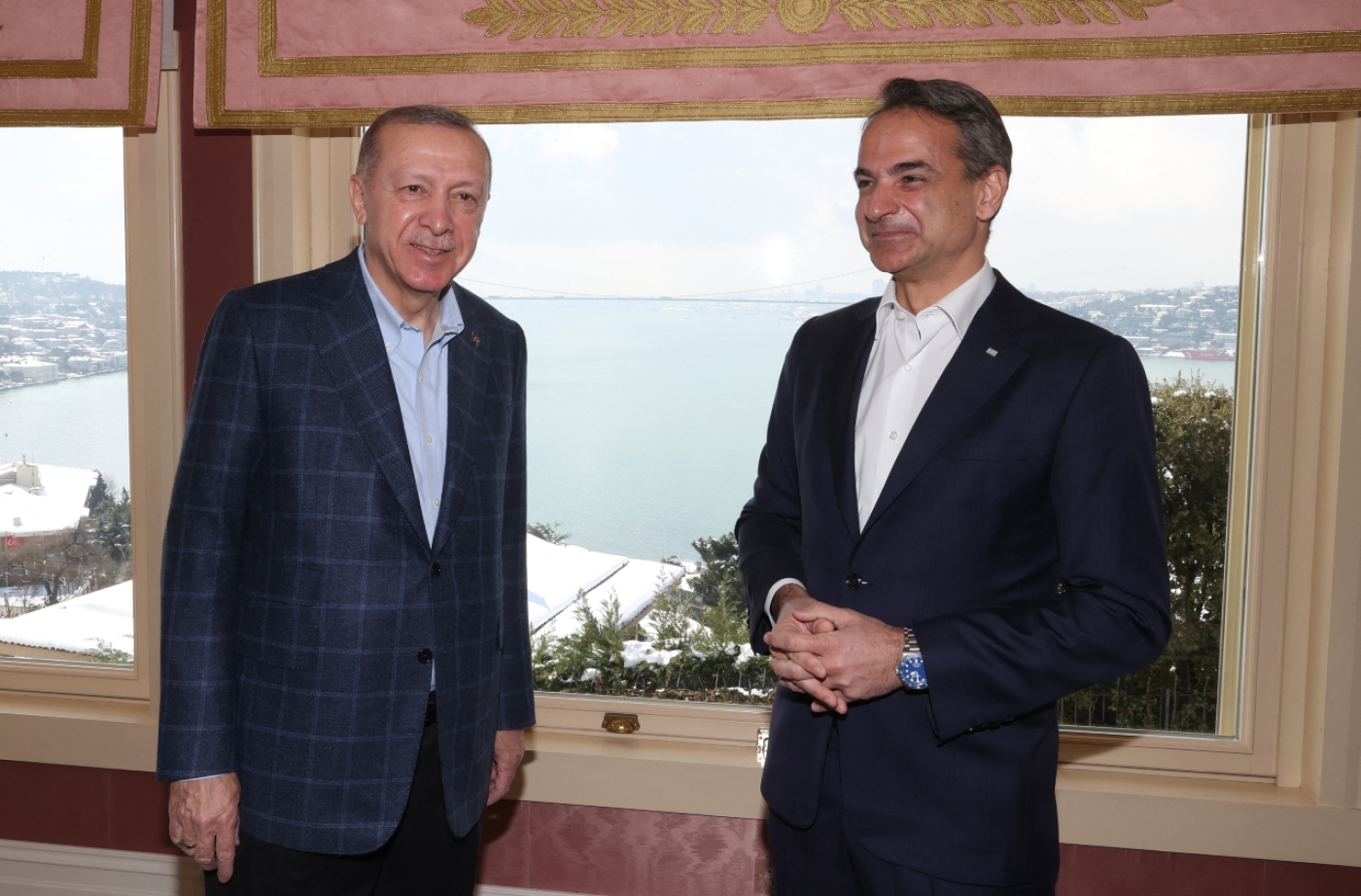 Last month, Erdogan (left) said that Greece's prime minister (right) 'no longer exists' for him, accusing Kyriakos Mitsotakis of trying to block US sales of F-16 fighter jets to Turkey (AFP)
By
MEE and agencies

Turkey's national intelligence organisation has captured a Greek citizen on suspicion of espionage activities on behalf of Athens, local media reported on Saturday.

Mohamed Amar Ampara, who was captured in Turkey, was being interrogated by the spy agency, private broadcaster NTV reported.

Ampara was operating disguised as a businessman during his trips to Turkey, NTV said, citing security sources.

He is believed to have been compiling information about the Turkish military on the border and transferring it to Greek intelligence, according to the report.

Greece and Turkey have been locked in an escalating war of words over Ankara's claims that Athens has been deploying troops to islands near their maritime border in numbers that violate post-war peace treaties.

Turkish President Recep Tayyip Erdogan earlier this month said that he would no longer hold bilateral meetings with Greek leaders as provided for in a 2010 agreement between the two sides.

Turkey has also accused Greece of refusing to extradite Turkish soldiers believed by Ankara to have played a direct role in the attempted 2016 coup against Erdogan.

Last month, Erdogan said that Greece's Prime Minister Kyriakos Mitsotakis "no longer exists" for him, accusing the Greek leader of trying to block the sale of F-16 fighter jets to Turkey during a visit to the United States.