Ankara unblocked Egypt's partnership activities with Nato last year, as part of move to persuade Sisi government it is keen to repair ties

The Turkish government lifted a veto against Egypt’s partnership activities with Nato last year as part of attempts to repair ties with Cairo, two people familiar with the matter told Middle East Eye.

Turkish Foreign Minister Mevlut Cavusoglu said in televised remarks last week that Turkey had made some goodwill gestures to Egypt within Nato, without giving further details.

Earlier this month, in an apparent attempt at rapprochement, senior Turkish officials, including the foreign and defence ministers, called publicly for improved relations.

A Nato official, speaking on condition of anonymity, said that the Mediterranean Dialogue, which includes Egypt, Israel, Morocco and Tunisia, is still active. (Its website hasn't been updated since February 2019.) The official confirmed that the alliance recently endorsed a new Individual Partnership Cooperation Programme with Egypt to combine Egyptian security priorities with Nato’s security interests in the region.

One Turkish official familiar with the issue said the programmes usually are a good way to provide partner countries with Nato-grade military and technical training, which are valuable for states outside the alliance.

Turkey announced earlier this month that it would send a diplomatic delegation - led by a deputy foreign minister - to Cairo for the first time since Sisi's coup ousted Morsi in 2013. The decision came after intelligence agencies from both countries held talks in 2020.

Turkey also asked Egyptian opposition channels located in the country to tone down their criticism of the Sisi government because of delicate ongoing negotiations between the two countries. 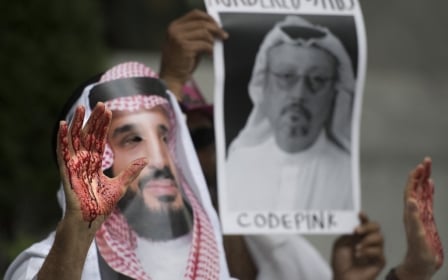