European Council President Charles Michel said on Saturday that he has not been able to sleep after an incident that saw the EU Commission's first female president left without a seat during an official engagement in Ankara.

Ursula Von der Leyen was left in disbelief on Tuesday when she found that Michel had taken the only chair available next to Turkish President Recep Tayyip Erdogan during talks.

Speaking to German newspaper Handelsblatt, Michel said he still feels embarrassed by the 6 April incident in which Leyen was forced to sit on a sofa further away from the two other leaders. 'Give her a seat': Anger as European Commission president sidelined in Turkey meeting
Read More »

"I make no secret of the fact that I haven't slept well at night since because the scenes keep replaying in my head," Michel told Handelsblatt, adding if it were possible he would go back and fix it.

Social media users were quick to accuse the Turkish government of misogyny or a deliberate snub as Erdogan sat next to Michel at the front of the room.

But multiple Turkish officials who spoke to Middle East Eye denied responsibility for the "chair gaffe," saying that it was all the EU delegation's fault.

They blamed a rivalry within the EU, between Michel and von der Leyen, who are typically seen as equivalents within the Union. The European Council, headed by Michel, represents the interests of the individual countries in the EU, while the commission is the EU's executive branch.

One senior Turkish official said Michel's staff agreed on the seating at the presidency before the visit took place. "However, there was no representative from von der Leyen's team," the official said. "So we didn't get their input."

A second senior Turkish official said every arrangement during the visit was made in collaboration with EU officials who visited the country before the summit took place.

Turkish officials were swift to try to make it up to the European Commission president.

The government is said to have offered the EU delegation a different seating arrangement during lunch: Erdogan would sit directly opposite both Michel and von der Leyen. Yet Michel's team reportedly rejected the offer, and Michel alone sat across from Erdogan, with von der Leyen again to the side.

"Michel's team only accepted to give von der Leyen a seat in the same height and type," the first senior official said.

European Union officials did not respond to MEE's requests for comment.

EU Commission spokesperson Eric Mamer told the media on Wednesday that von der Leyen was surprised by the incident, but she chose to prioritise substance over questions of form or protocol. 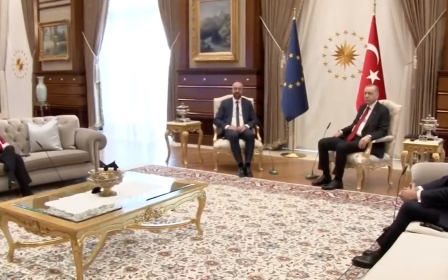 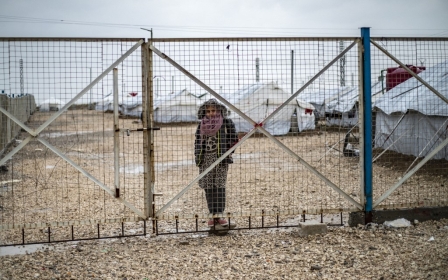