Nato Secretary-General Jens Stoltenberg said on Friday that Greece and Turkey agreed to cancel military exercises scheduled for next week, in a further sign of easing tensions between the two Nato allies and historic rivals.

"Both Greece and Turkey have decided to cancel military exercises which were planned for next week," Stoltenberg told reporters after chairing a virtual meeting of Nato defence ministers, where the two countries made the announcement.

"These are steps in the right direction. They help to reduce the risks of incidents and accidents."

The neighbours are at loggerheads over energy drilling and maritime rights in the eastern Mediterranean and overlapping views on the extent of their continental shelves. The defence pact has set up a hotline to head off accidental clashes. Addressing a news conference after two days of talks on a variety of topics, Stoltenberg confirmed that he had raised the situation with both Ankara and Athens.

"I will say that we had good and constructive talks and allies expressed strong support for the Nato de-confliction mechanism," Stoltenberg said.

"I welcome now the fact that we have been able to see some concrete steps in that direction with the cancellation of the two exercises."

Tensions flared in August when Ankara sent the Oruc Reis research vessel into waters also claimed by Greece and Cyprus.

Ankara withdrew the Oruc Reis last month to "allow for diplomacy" before an EU summit in which Cyprus sought sanctions against Turkey, but sent it back this month, prompting an angry rebuke from Greece, France, Germany and the US. 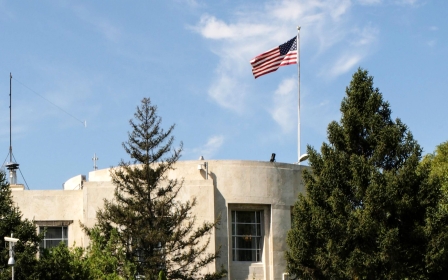