Turkey has audio and visual recordings of Khashoggi's death: Report 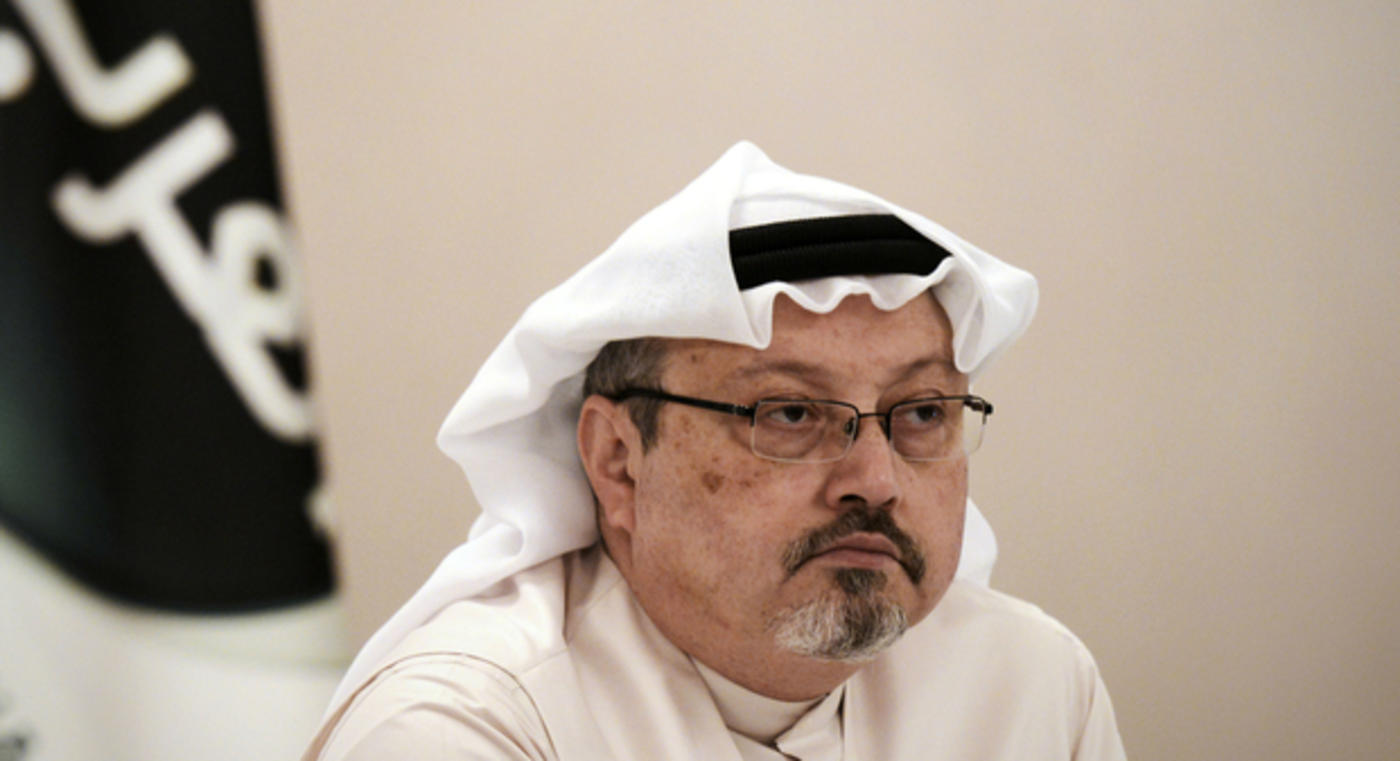 Jamal Khashoggi has been missing since 2 October, when he went into the Saudi consulate in Istanbul (AFP)
By
MEE staff

“The voice recording from inside the embassy lays out what happened to Jamal after he entered,” an unidentified source familiar with the intelligence told the Post.

“You can hear his voice and the voices of men speaking Arabic. You can hear how he was interrogated, tortured and then murdered,” the source added.

Turkey apparently told US officials about the recording, the Post said, but it remains unknown how they obtained this audio and video evidence.

Saudi Arabia has strongly denied any involvement in his disappearance and say that he left the consulate soon after arriving.

The Saudis have not presented any evidence to corroborate their claims and say that video cameras at the consulate were not recording at the time.

Saudi Arabia and Turkey have agreed to form a joint working team to investigate the circumstances surrounding the disappearance of Khashoggi.

The move follows a conversation between White House aide Jared Kushner, who is also Donald Trump’s son-in-law, and Mohammed bin Salman, the crown prince of Saudi Arabia, earlier this week.

Khashoggi, a prominent journalist who had been living in self-imposed exile in Washington, has not been seen since he entered the Saudi consulate in Istanbul on 2 October.

A senior source with knowledge of the Turkish investigation told Middle East Eye the Saudis are on the verge of accepting Turkey’s evidence that a major crime took place at the consulate.

The Saudis intend to blame elements within their country’s deep state, security establishment for the journalist’s kidnapping, the source said.

The source said the Saudis are hoping to build a firewall around bin Salman, who has insisted he knows nothing about any alleged kidnapping operation.

The Saudis' acceptance of Turkey's version of events - that a crime took place at the consulate - would represent a major U-turn from what Saudi officials have said publicly since Khashoggi was first reported missing.

So far, Saudi officials have staunchly denied that anything took place at the consulate, saying Khashoggi left the building shortly after he arrived. Turkish officials have only spoken anonymously to the media about the details of the investigation.

"We know when Jamal was killed, in which room he was killed and where the body was taken to be dismembered. If the forensic team are allowed in, they know exactly where to go," a Turkish source with direct knowledge of the investigation told MEE.

The source said police investigators were confident they already had enough forensic evidence from searches of the sewage network connected to the building.

Earlier this week, Turkish media outlets named 15 Saudis thought to be involved in the suspected murder, who flew flew into Istanbul and left on the same day he disappeared, including a forensics experts and members of bin Salman's personal guard.

A source told MEE the Saudis took all the hard drives from the security camera room at the consulate with them when they left the building.

Another Turkish source with knowledge of the investigation told MEE that the Turks had video and audio evidence of the killing. However, they have not revealed how they obtained this evidence.

He went in and it doesn't look like he came out

Particular attention is being paid to an Apple watch that Khashoggi was wearing when he entered the building. It was synced to the iPhone that he gave his fiancee before going inside the consulate.

“Turkey has experience with this kind of a 'deep state' structure,” he told Arab media, in comments he repeated in his column for Turkish pro-government newspaper, Yeni Safak, on Wednesday.

A team of investigators is preparing to go into the consulate, a Turkish security official told Reuters. It remains unclear when that search might take place. “Now, they are waiting [for] the final permission to enter the consulate,” the official said.

Trump says US 'getting closer' to finding out what happened

On Thursday, the US president told Fox News channel’s morning show, Fox & Friends, that the US is working with Saudi Arabia and Turkey to investigate what happened.

"I have to find out what happened ... and we're probably getting closer than you might think," the president also said.

The US has been under increased pressure to demand answers from Saudi Arabia, a longtime US ally in the Middle East, as to Khashoggi's disappearance.

Bob Corker, a Republican Senator who chairs the Senate Foreign Affairs Committee, said on Thursday that "significant sanctions" would have to be imposed at the "highest levels" of the Saudi government if Khashoggi was the victim of a state-sponsored killing, AP reported.

"If it turns out to be what we all think it is today but don't know, there will have to be significant sanctions placed at the highest levels," Corker said.

US Senator Lindsey Graham told CNN that "you don't have to be Sherlock Holmes to be concerned here", adding that with each passing day, it looks increasingly likely that he's dead".

On Thursday afternoon, the US State Department said the Saudi ambassador to the US is headed back to Riyadh and the US government expects him to return to Washington with information on Khashoggi's disappearance.

"I'm told that he's headed back to his home country and we expect some information when he gets back," said spokesperson Heather Nauert.