Past austerity measures have made Turkish people distrustful of the fund, but economists believe Ankara needs to find resources fast for its maturing foreign debt 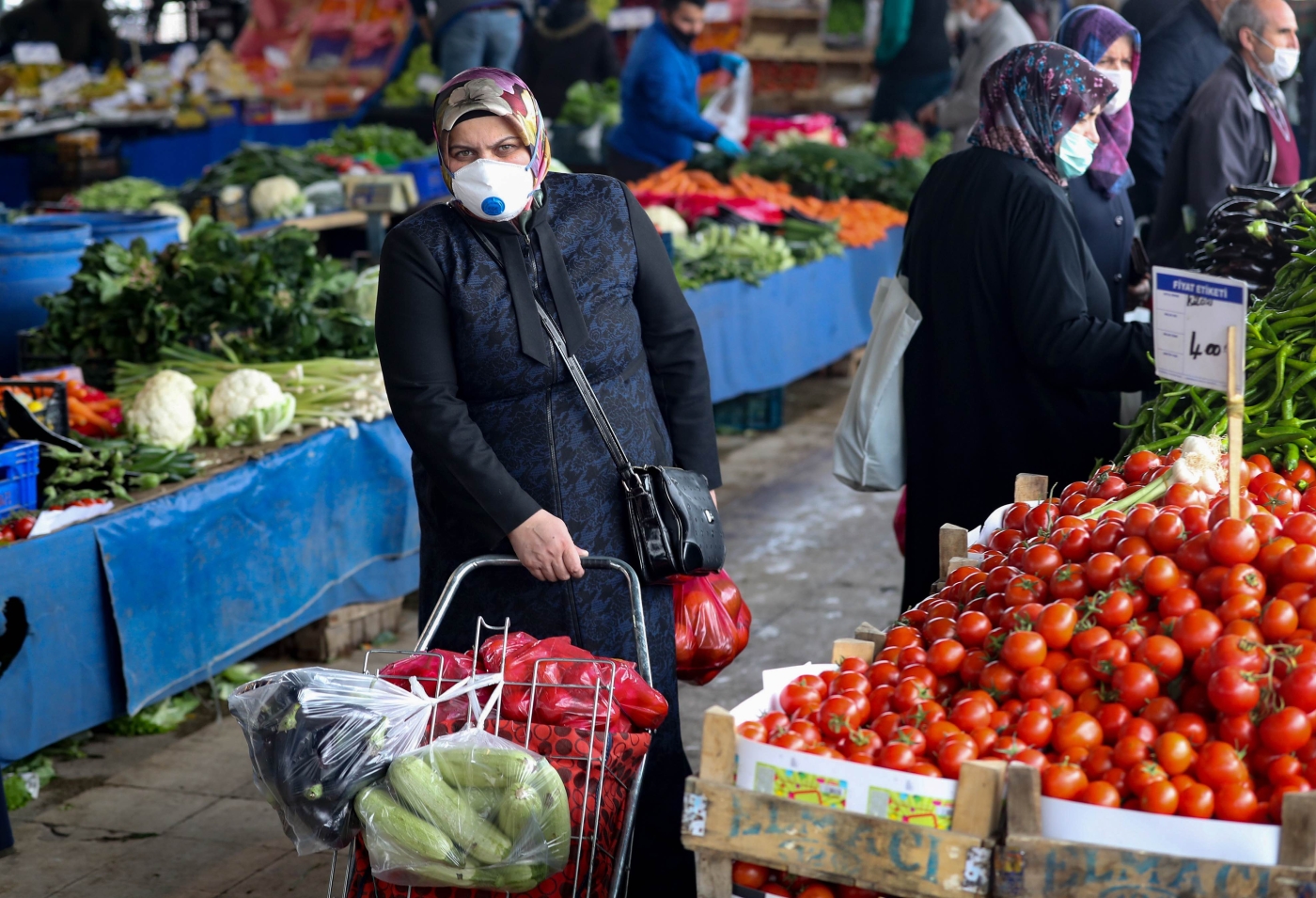 People wearing a protective facemask shop at a street market in Ankara, on April 22, 2020, ahead of the Muslim holy month of Ramadan. (AFP)
By
Ragip Soylu
in
Ankara

The Turkish central bank’s international reserves are drying up and the lira has hit a 20-month low amid the coronavirus crisis, yet the overwhelming majority of Turkish citizens don’t want Ankara to take a loan from the International Monetary Fund.

In a poll conducted last month, 69.2 percent of respondents said they oppose taking a credit line from the IMF to alleviate the economic fallout from coronavirus. The poll was run by the Istanbul Economy Research, which spoke to 1,537 people in 12 Turkish provinces.

The results could come as happy news to President Recep Tayyip Erdogan, who has in recent years campaigned against the IMF, even calling it last year “the biggest usurer around the world”. The Erdogan administration paid the final instalment of an IMF loan in 2013, and since then has gloated about its success in becoming financially independent.

The financial body's reputation is apparently little higher among the Turkish people: 56 percent of respondents said they don’t trust the IMF and 43 percent said they believe there would be a cost if Turkey takes a loan from it.

Past austerity measures insisted upon by the IMF, which squeezed Turkish people through budget cuts and privatisations, have contributed to its poor standing.

For example, last year Kemal Kilicdaroglu, head of the CHP opposition party, labelled the government's economic programme as “IMF-inspired” in an attempt to discredit it.

Conspiracy theories about the fund are rampant.

Just over the weekend, Ramazan Kurtoglu, a popular economist, claimed that the IMF has required Sub-Saharan African countries to vaccinate children and plant microchips in them to meet criteria for a loan.

“The Kenya government has announced that similar vaccination has left 500,000 women aged between 14-49 permanently infertile,” he said. Asked about his source on Twitter, he refused to provide one.

However, economists are ringing alarm bells as economic conditions in the country worsen. The IMF expects that the Turkish economy will contract 5 percent this year due to the pandemic.

The country has $168.5bn of foreign currency debt, mostly private-sector owned, maturing in the next 12 months, while the central bank's gross reserves stand around $86bn.

Economy Minister Berat Albayrak said in a televised interview on Sunday that Turkey’s official reserves were enough to cover the debt maturing in upcoming months, as the government has only $4.4bn of debt to pay for this year.

But Baris Soydan, an economist writing for independent news outlet T24, believes Turkey still needs to find a way to finance the private sector debt, almost half of which belongs to the banks.

“It is true that the IMF has some disadvantages for the ordinary employees. An IMF deal might mean less annual salary increase for the public employees and for the minimum wage,” Soydan told Middle East Eye.

“However you have to pay this debt one way or another. Either you are going to get a swap line from the Fed, getting dollars in return of Turkish lira, or an IMF loan. One could also choose to watch the big businesses going bankrupt because of lack of funds. That’s a choice.”

'You have to pay this debt one way or another. Either you are going to get a swap line from the Fed, getting dollars in return of Turkish lira, or an IMF loan'

Albayrak, the economy minister, reminded in the interview that Turkey has never failed to pay its foreign debts, even at the height of the 2018 financial crisis. “Our banks and private sector were able to pay more than 90 percent of their debts in the past,” he said. “Neither the banks nor the firms have short-term open currency positions.”

However, according to Soydan the coronavirus has put Turkey in a previously unseen position, because the crisis itself was unprecedented. “This time you don’t have some incomes you used to have,” he added.

In March, tourist arrivals decreased 68 percent to 718,000 compared to last year, while Turkish exports dropped 41 percent to $9bn in April year-on-year. Analysts expect that the tourism sector will suffer huge losses over the summer. Turkey made $34bn last year thanks to millions of tourists visiting the country.

Central bank governor Murat Uysal said last month that Turkey has been seeking swap lines with other central banks to provide more liquidity. A Turkish official told MEE last month that Erdogan relayed a request to get a swap line from the US Federal Reserve in a phone call with President Donald Trump. ANALYSIS: Turkey’s currency and debt crisis has been years in the making
Read More »

In March, the Fed added temporary lines to the central banks of Brazil, South Korea and Mexico to support financial markets around the world as they struggle with coronavirus. US officials say the swap line decision is entirely financial and it is up to the Fed to make the move on whether to grant a line for Turkey.

Some in Turkey believe an IMF loan should be avoided because it is an easy way to avoid chronic fiscal problems, without addressing the root causes.

Sevket Pamuk, a respected economic historian, told Haberturk TV that Turkey has been at the top of the list of countries that have gone to the IMF for assistance since its founding in 1945.

“I see the IMF as a crutch. If we take a loan we will pay it in five years, and 10 years later we will knock on their door again,” he said.

“Turkey needs to learn to stand on its own feet and resolve its structural problems." 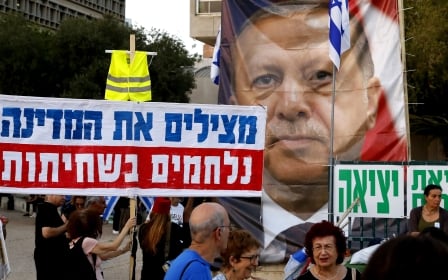