By suspending flights to Turkey, Moscow is pressuring Ankara over weapons sales to Ukraine at a time where it needs Russian tourists during a currency crisis 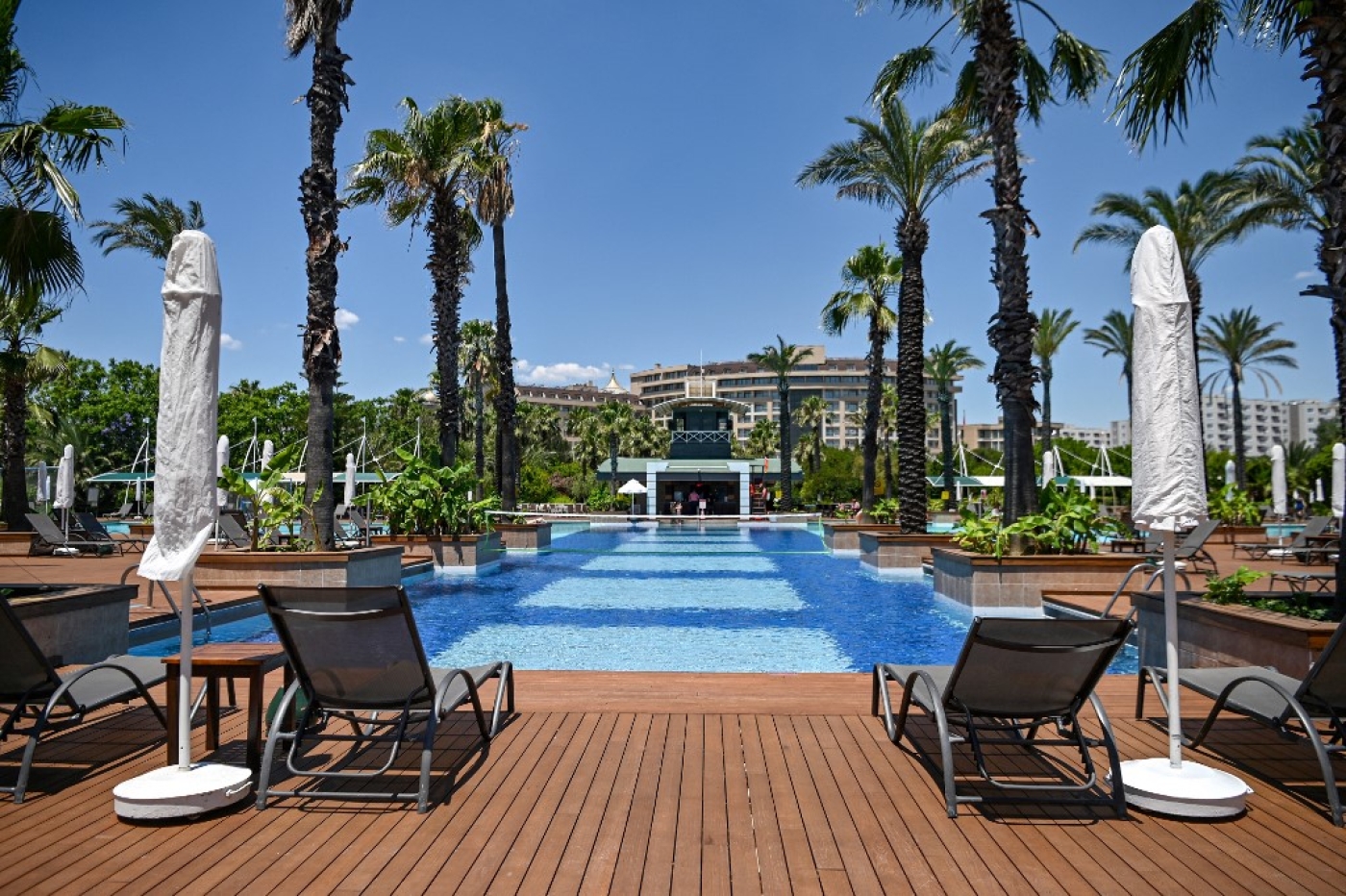 Deck chairs are placed in social distance next to the pool of a luxury hotel at Lara district in Antalya, a popular holiday resort in southern Turkey on 19 June 2020 (AFP)
By
Ragip Soylu
in
Ankara

Turkish tour operators, hotel owners and businesses based in Antalya in Turkey's Riviera, which employs the bulk of the nearly 1 million tourism workers in the country, are deeply worried. 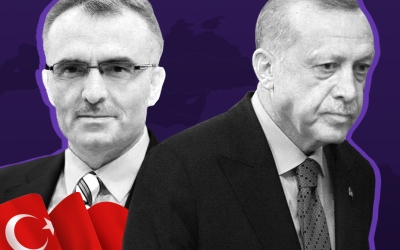 “We are really worried that this ban would be extended, which will be really destructive for the businesses,” Bulent Genc, a travel company owner in Antalya, told Middle East Eye.

“Everyone is already in a horrible position since last year due to the pandemic.”

Antalya hosts most of the Russian tourists who visit the country every year.

In 2019, more than seven million Russian tourists visited Turkey and more than 80 percent ended up in Antalya.

Annually they pump $4bn to $4.5bn into the Turkish economy in revenues that are now crucial due to lack of foreign exchange reserves in the Turkish Central Bank’s coffers, with net reserves standing at minus $47bn amid a currency crisis.

Even though Russian officials insist that the decision has nothing to do with politics, the move coincided with last weekend's visit to Ankara by Ukrainian President Volodymyr Zelensky, who is seeking to purchase more armed drones from Turkey.

The visit itself was quite sensitive, despite the fact that it was scheduled long before the current military tensions in Eastern Ukraine with Russia’s increased deployment of forces.

However, the following day, Erdogan did not shy away from condemning the Russian annexation of Crimea and said Turkey has always been a strong supporter of Ukraine's unity and safety.

He also called for peaceful methods such as a diplomatic track to resolve the latest tensions near the Donbass, a region carved out by Russian-backed separatists.

“The message from Putin was clear to Erdogan: don’t back Ukraine in the current fight in Donbass,” said Timothy Ash, a prominent financial analyst who closely follows both Turkey and Ukraine.

“I guess Putin warned him Friday night prior to Zelensky's visit, but Erdogan made the choice between Putin, Ukraine and Nato. He has sided with Ukraine and is now paying the price."

Turkish Foreign Minister Mevlut Cavusoglu told journalists on Tuesday that he does not believe that there is any political motivation behind Russia’s decision.

“Putin himself told Erdogan that this was a purely Covid-related precaution. They were concerned by the rapid rise of Covid cases,” he said.

However, this week a senior Russian official said that the emergence of Turkish drones in Donbass was not anything to be enthusiastic about.

"Obviously, there can hardly be anything to rejoice about given that Turkish drones, as the story goes, are surfacing somewhere in Donbass," Russian Deputy Foreign Minister Sergei Ryabkov said on Tuesday.

Cavusoglu, meanwhile, said that Turkey had been always transparent about its defence ties with Ukraine and Ankara’s decision to sell a dozen TB2 Bayraktar drones was not at all a secret.

This is not the first time that Russia has used tourism and trade to punish Turkey.

Putin restricted flights to Turkey and the import of Turkish fruit and vegetables in 2015 after the Turkish military shot down a Russian military jet, shaking the Turkish economy at the time, which resulted in thousands of job losses.

“This year the Russian tourists are even more important because we already lost two thirds of the tourism market due to the pandemic," Genc, the businessman, said.

“Russians were the only ones who remained and were a lifeline for many companies. And they are the ones who spend more per person in the country."

Sinan Ulgen, chairman of Istanbul-based think tank EDAM, believes Russia had both politics and the pandemic in mind when it made the decision to suspend Russian flights to Turkey.

“It would be naive to think that Moscow didn’t have any political motivations vis-a-via Ukraine to suspend the flights to Turkey,” Ulgen told MEE.

“However it would be wrong to call it a purely diplomatic move since they also have genuine concerns regarding the pandemic. They have imposed similar flights restrictions to other countries recently.”

In any case, Turkish efforts to convince Moscow to compromise on the issue are underway.

Cavusoglu said a Russian delegation would make a visit to Turkey to discuss the details of Covid-19 measures in the country, and probably find a solution, such as allowing Russian charter flights only into certain cities as Turkey did with Germany last year.

“Everyone in Antalya believes this is a political decision due to Ukraine,” Genc said. “But if Russia resumes the flights by 1 June, our loss would be 20 percent and we could survive that.” 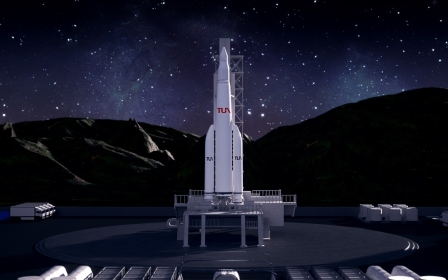 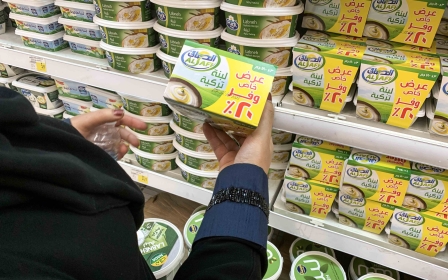 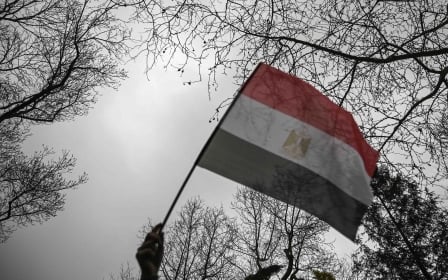