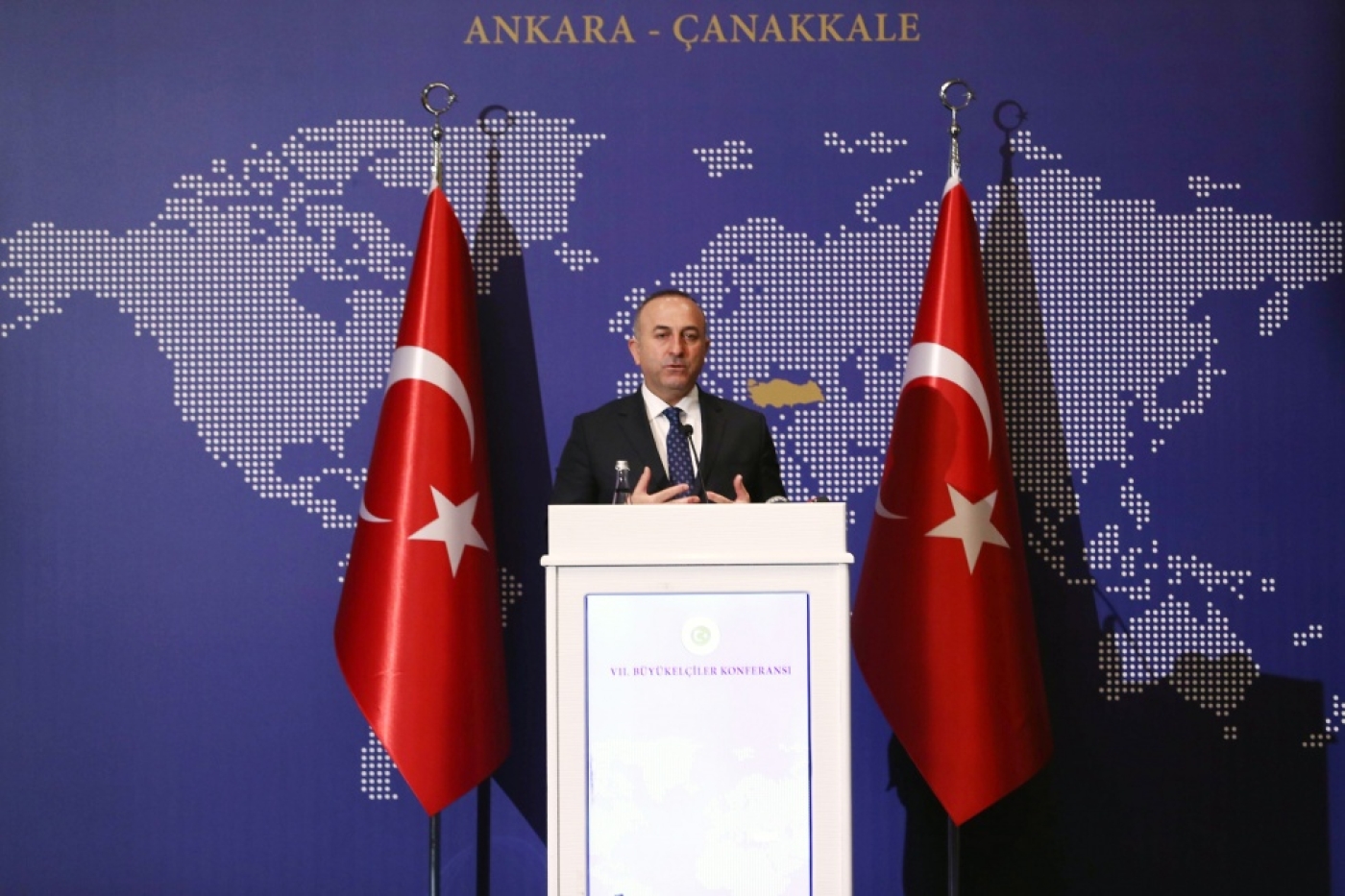 Turkey's Foreign Minister Mevlut Cavusoglu in a press briefing on 9 January, 2015 in Ankara (AFP)
By
MEE and agencies

Three British girls who crossed into Syria to join Islamic State (IS) were helped by a Syrian national working as an intelligence agent for one of the countries in the US-led coalition against the militants, the Turkish foreign minister said on Friday.

Mevlut Cavusoglu unexpectedly announced on Thursday that Turkey had arrested an intelligence agent who had helped the three teenage girls cross into Syria.

"The person arrested by us is someone working for an intelligence agency in the coalition," he said in televised comments.

The person "is a Syrian citizen," he told reporters alongside his Macedonian counterpart without specifying further.

However, an Istanbul-based news network, A Haber, released the footage showing the man, identified as Mohammed al-Rashed. A Haber said that the 28-year-old Syrian dentist fled Syria to Jordan before applying for asylum at the Canadian embassy.

According to A Haber, Rashed is in contact with an employee at the Canadian embassy only known as “Matt”. Rashed, who has smuggled in 140 people across the Turkish border for them to join the Islamic State, relays all of information about who he smuggles to Matt by communicating with him via Whatsapp. It is presumed that the video was taken for this purpose.

The Milliyet daily reported on Friday that the individual was working for Canadian intelligence but this was quickly denied by Ottawa. A senior official in Ottawa told AFP on Thursday the suspect "is not a Canadian citizen" and "was not employed by" its spy agency.

Close friends Kadiza Sultana, 16, and 15-year-old Shamima Begum and Amira Abase, crossed into Syria after boarding a flight from London to Istanbul on 17 February.

They took a bus from Istanbul to the southeastern Turkish city of Sanliurfa close to the Syrian border, from where they are believed to have crossed the frontier.

Cavusoglu had said the day earlier that the person arrested was not from the EU or the United States.

Cavusoglu's comments come amid growing irritation among Turkish officials over repeated criticism from the West that Ankara is not doing enough to stop militants and their sympathisers crossing from Turkey into Syria.

Turkey had last month accused Britain of a "reprehensible" delay in informing the Turkish authorities over the departure to its territory of the three teenage girls.

Turkish officials say Ankara has stepped up efforts to stop the flow of militants but needs to be given intelligence by Western partners in advance of their arrival in order to stop them.

Along with the US and EU states, Arabian peninsula nations including Saudi Arabia, Jordan and Qatar have been involved in the coalition against IS, as well as Australia and Canada.