Turkey to send delegation to China to observe treatment of Uighurs 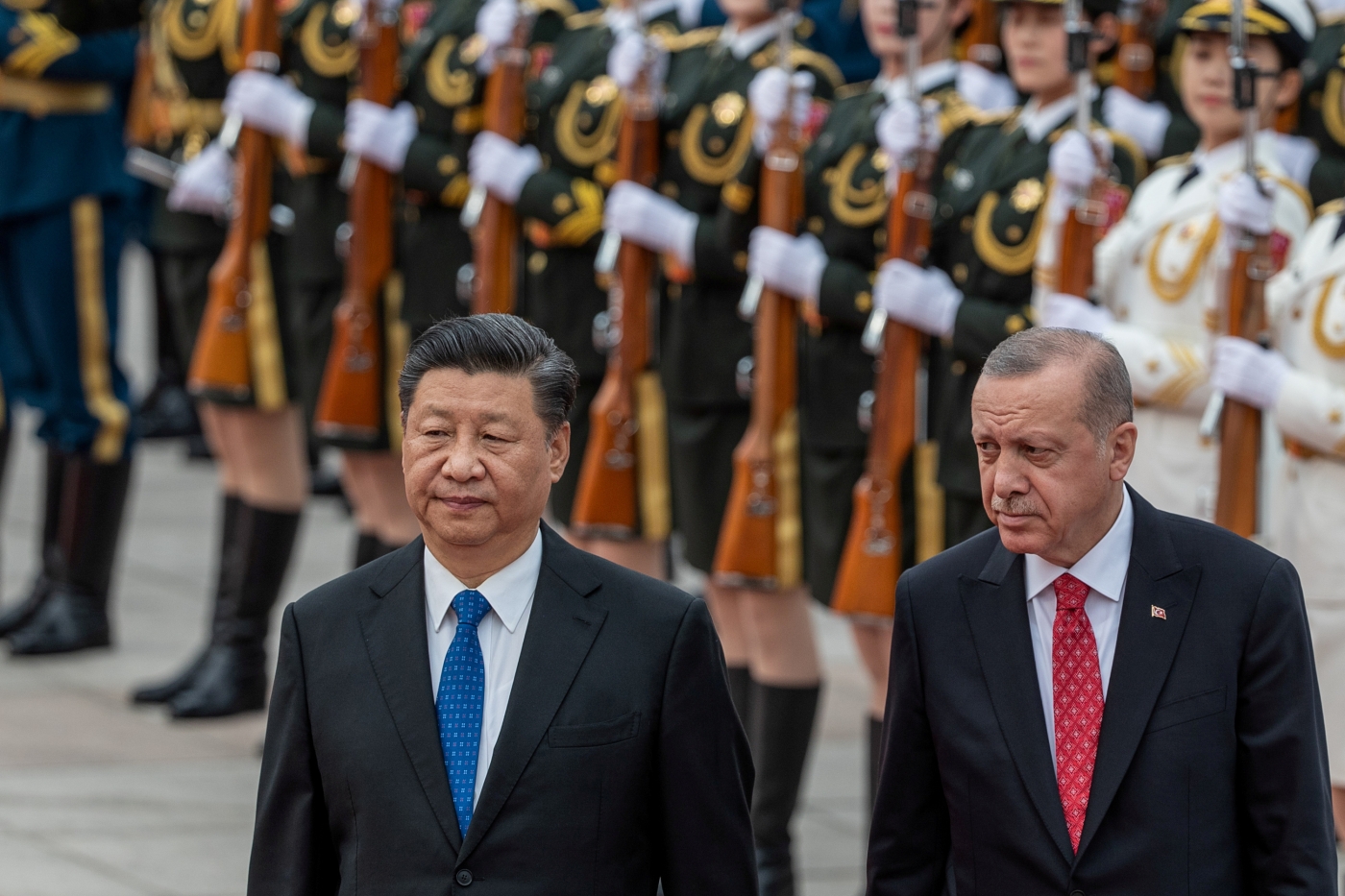 Turkey has accepted an invitation from China to send a delegation to the Xingjiang region to observe how the Uighur minority is being treated, according to a spokesperson for Turkish President Recep Tayyip Erdogan.

Fahrettin Altun, the communications director for the Turkish Presidency, said that Erdogan had raised China’s treatment of the predominantly Muslim Turkic minority in talks with China’s President Xi Jinping in Beijing on Tuesday.

China has been accused by human rights groups of keeping more than a million Uighurs and Muslims among other minorities in the western region in detention centres which Uighur activists have described as “21st century concentration camps”.

But in public remarks about his visit, Erdogan focused on Turkey’s support for China’s Belt and Road Initiative, a vast infrastructure project to build trade and transport links from China to western Asia and Europe, including through Xinjiang.

“Strengthening Turkey-China relations will greatly contribute to regional and global stability,” he said.

Chinese state media also reported that Erdogan has expressed support for China’s policies in Xinjiang and had said that people in Xinjiang “lived happily”.

But Altun wrote on Twitter that “all aspects of bilateral relations, including Uighurs, were discussed extensively”.

"Our president @RTErdogan expressed that our sole desire is that Uighurs live in China in peace, soundness, and prosperity, and conveyed his views and expectations in this matter to his counterpart," he wrote.

China had extended an invitation for a Turkish delegation to “observe the status” of the Uighurs in Xinjiang, and Erdogan had welcomed the invitation, he added.

Translation: The Chinese side also invited a delegation from Turkey to China to observe the status of the Uighurs in the Xinjiang Autonomous region, and the president welcomed this invitation positively.

Uighur activists had earlier criticised Erdogan for failing to speak about the issue publicly in Beijing.

'A leader of the Muslim world'

Dolkun Isa, the head of the World Uighur Congress, a German-based advocacy organisation, told Middle East Eye that Erdogan’s meeting with Xi was a “perfect opportunity” to raise awareness about China’s repressive policies towards the Uighurs. 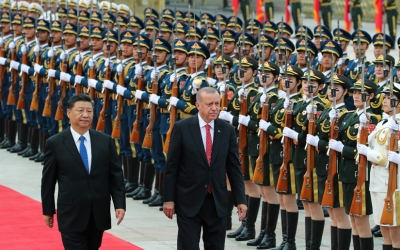 “The WUC and the Uighur diaspora are very saddened and disappointed by Erdogan's action as he always claimed to be a leader of the Muslim world, who stands up for the Muslim population all around the world, but he couldn't speak up for Uighur Muslims in East Turkestan,” he said, using a name used by Uighur activists to refer to Xinjiang.

Speaking to Turkish journalists at the country's embassy in Beijing, Erdogan said he believed that Turkey could "find a solution in this matter while taking into account the sensitivities of both sides".

He said some people were trying to exploit the issue in a way that would impact negatively on Turkish-Chinese relations.

"It's important not to allow exploitation. Those who do that, who try to benefit from it unfortunately overlook the relations of the Republic of Turkey with another country on a bigger scale, they act emotionally and make their compatriots [the Uighurs] and the Republic of Turkey pay the price," he said, according to Turkish media reports.

"There are other steps we will take. [Xi] said he's open to receiving a delegation from Turkey to East Turkestan and said 'They can come, go around, have a look.'"

Turkey has previously raised concerns about China’s treatment of the Uighurs.

In February, the foreign ministry issued a statement in which it said: “It is no longer a secret that more than one million Uighur Turks incurring arbitrary arrests are subjected to torture and political brainwashing in internment camps and prisons. Uighurs who are not detained in these camps are under heavy pressure.”

In the same statement, the foreign ministry said Turkey had raised the issue with the Chinese authorities “at all levels” and called on Beijing to close the camps.

China describes the camps as “vocational schools” and says they are intended to tackle “terrorism and religious extremism”.

'Thought transformation' in Xinjiang. We find compelling new evidence of the reality for the hundreds of thousands of Uighurs, Kazakhs and other Muslim minorities now inside the system. https://t.co/nC0osN9aFz

Last month, China allowed BBC journalists access to one of the camps, where detainees told them they had been “infected by extremism” and were there voluntarily. Footage showed detainees performing folk music and dancing in highly choreographed performances.

But former detainees told the BBC that the conditions depicted in the camp were not typical of the way in which they had been treated, and suggested that those who had performed for the journalists may have done so under threat of punishment. 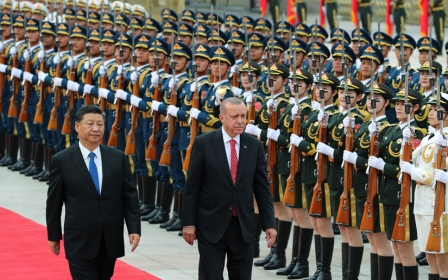 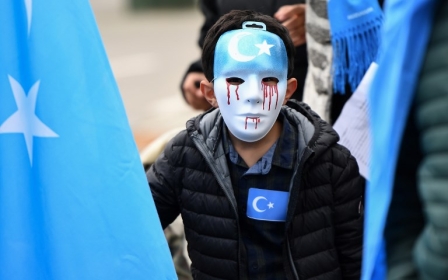 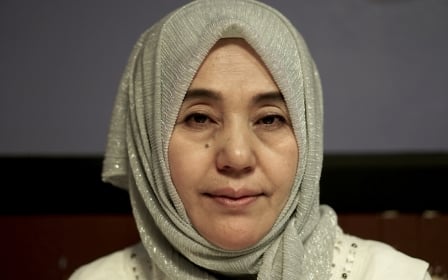