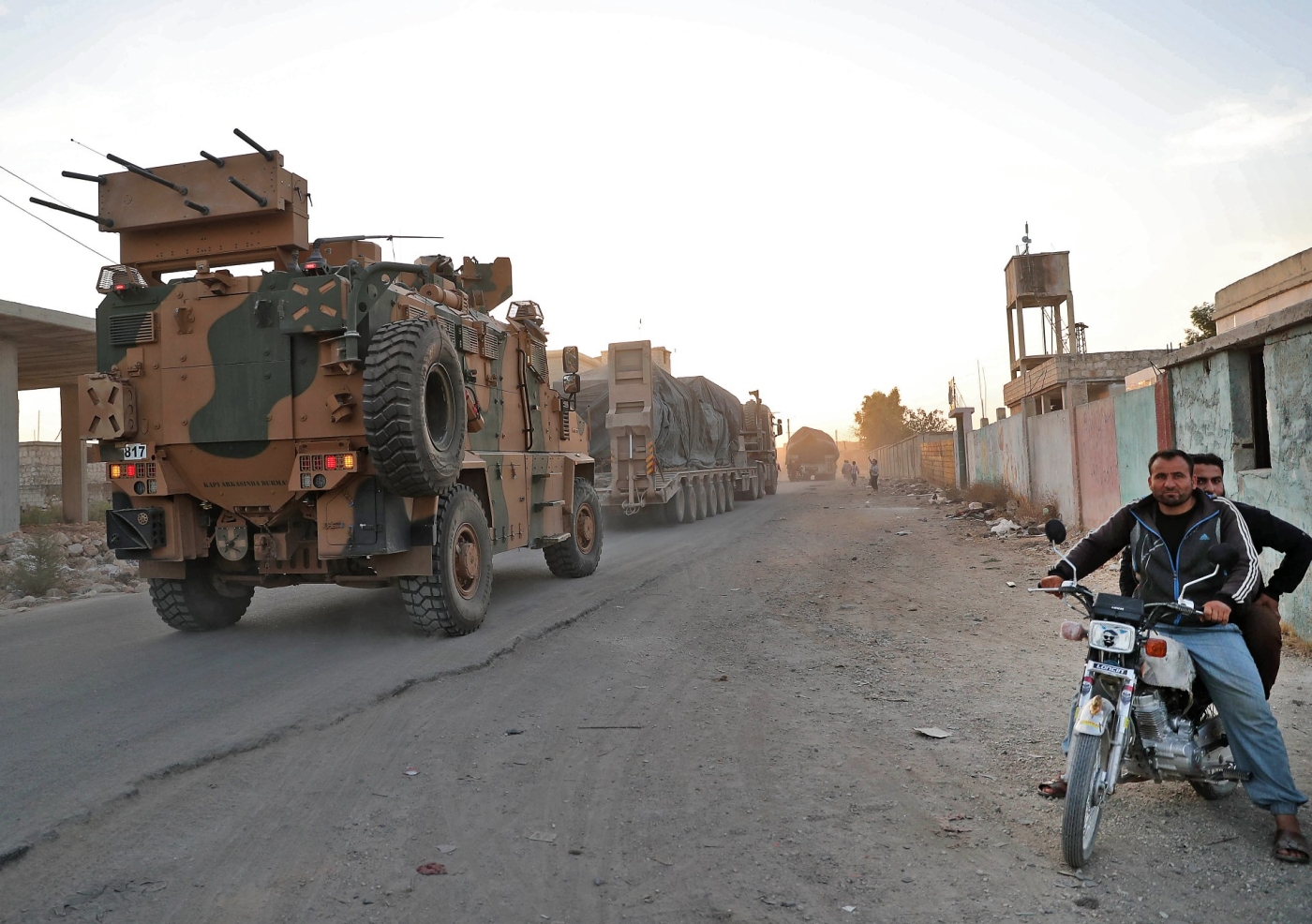 A Turkish military convoy drives through the village of Iblin, near Ariha in Syria's rebel-held northwestern Idlib province in October after vacating the Morek post (AFP)
By
Ragip Soylu
, Levent Kemal
in
Ankara

Turkish troops will evacuate a ceasefire observation station and two military positions in Surman and Khan Tuman. The sources said Ankara was aiming to eliminate possible risks and weaknesses in Idlib in case of a future clash with Russian-backed Syrian government forces.

Turkey set up 12 ceasefire observation stations in and around Idlib following a 2017 agreement that warded off a Russian-backed Syrian government offensive that threatened to destroy rebel rule in the province and force millions of refugees to the Turkish border. 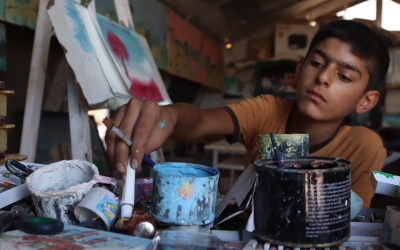 However, earlier this year, eight Turkish observation stations and five small fortified positions were encircled by Syrian troops after the opposition lost control of a big chunk of land in the east of Idlib.

During that offensive, Syrian government forces and the Turkish military, which backs rebel groups, came to blows. Fifty-nine Turkish soldiers were killed by Syrian troops, prompting Ankara to unleash attack drones and artillery in retaliation.

The Turkish government decided earlier this year that guarding these areas had become a risk, without any clear way of resupplying and reinforcing the troops there. Russia's military has blocked any effort to do so, according to sources.

'We will continue to defend Idlib'

Idlib is of paramount importance to the Turkish leadership because it believes it cannot afford another Syrian refugee crisis in the middle of a troubling economic situation, particularly with xenophobic resentment towards Syrians on the rise in Turkey.

Previously, the Turkish government believed it could leverage its military positions in the province against Moscow and Damascus in future diplomatic talks.

However, Turkey has found Russia bloody-minded in its talks over Idlib, increasing tensions and the belief that a fresh Syrian government assault is getting more likely by the day.

'There is a large presence in the area of Syrian regime militias, especially the Iranian ones, who aren’t under control'

One Turkish source with knowledge of the matter said that the withdrawals weren’t a sign of military weakness.

“These are preventive moves. If a new clash emerges in the coming days, these military positions couldn't be used as leverage by the Syrian regime,” one Turkish source said. “There is a large presence in the area of Syrian regime militias, especially the Iranian ones, who aren’t under control.”

The source said the 2017 ceasefire deal with Russia was only in force on paper.

“We will continue to defend Idlib," the source added. “We are taking these steps to better protect Idlib.”

One former Turkish official said the positions had long ago lost their function in terms of military deterrence.

Turkish officials believe Russia could trigger a conflict in Idlib at any moment it wishes, as Moscow doesn't want a new arrangement in the province that could stabilise the situation in the long term.

Assad is adamant he will regain all the territory lost to rebel and foreign forces since 2011. 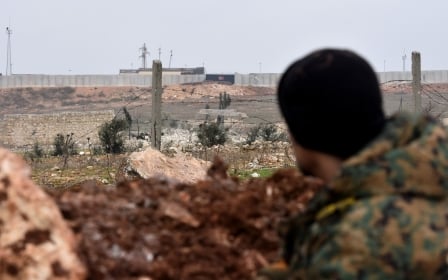