Illegal plastic waste from the UK and Germany is dumped in Turkey where it is polluting the Mediterranean, says Greenpeace 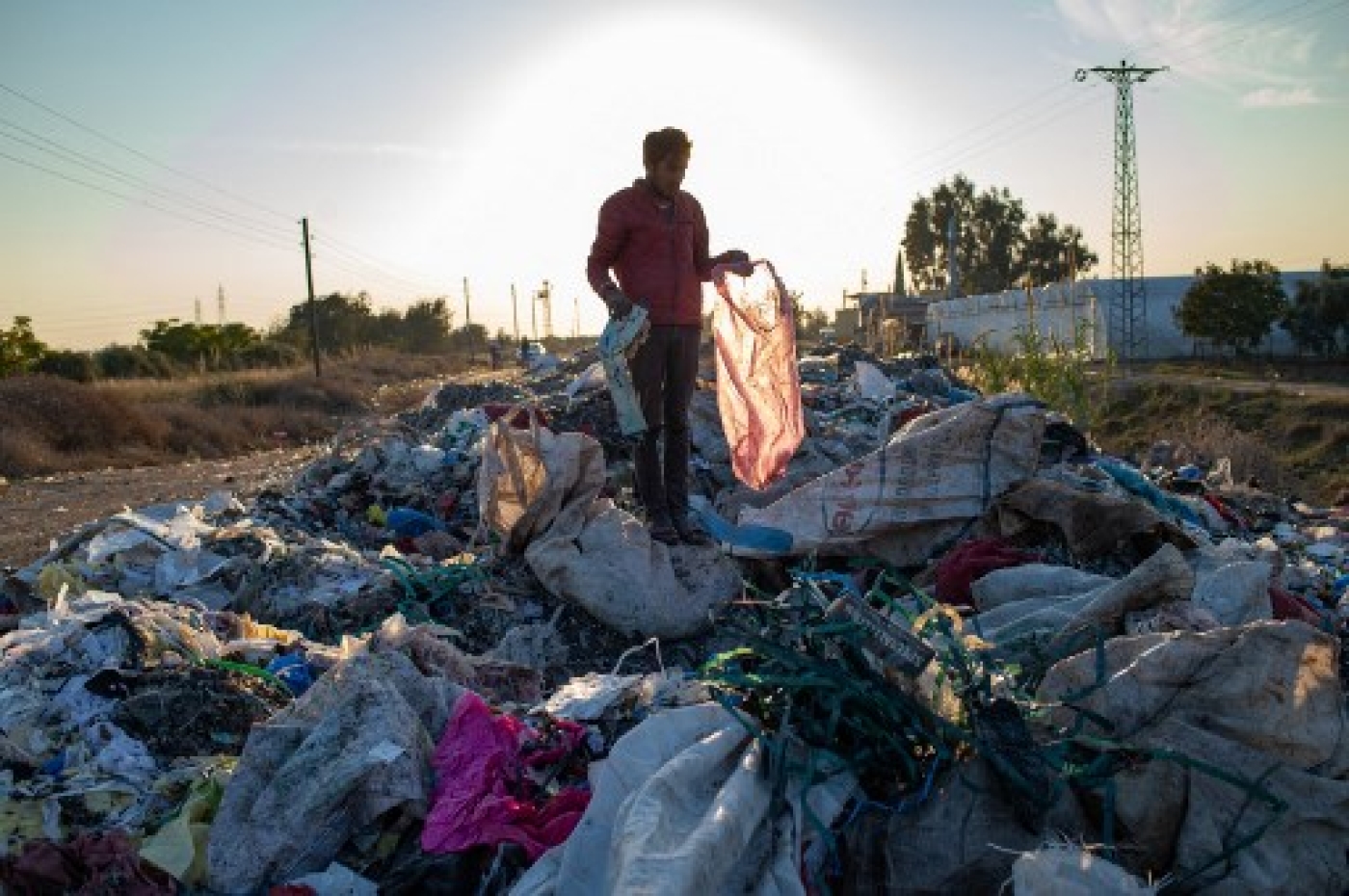 A man collects items from an illegal dump, 29 November 2020 in Adana, southern Turkey. (AFP)
By
Ragip Soylu
in
Istanbul

The UK and Germany have continued to illegally export non-recyclable plastic waste to Turkey, where it is burnt at landfill sites and pollutes the environment, a Greenpeace investigation revealed on Monday.

The report indicated that Turkey received almost 40 percent of the UK’s plastic waste exports (209,642 tonnes) in 2020, nearly half of which was mixed plastic that is mostly non-recyclable.

EU and UK regulations currently ban exports of plastic waste unless it is delivered to another country for recycling. However, Turkey has a very low official recovery rate for municipal waste, which stands at 12 percent in 2018, the lowest of any OECD member country.

Germany, in particular, was responsible for most rubbish, sending 136,000 tonnes of waste to Turkey in the same year, increasing its exports sevenfold since 2016.

Local media have also reported that 400 containers of plastic waste from Germany are currently standing in Turkish ports and cannot be further processed because the Turkish company which imported them, 2B Plant, later didn’t take the ownership of the deliveries.

Greenpeace said the Turkish company’s business partner, through intermediaries, is also said to be ALBA, one of the largest German waste disposal companies.

“As this new evidence shows, plastic waste coming from Europe to Turkey is an environmental threat, not an economic opportunity," said Nihan Demiz Atas, a Turkey-based Greenpeace project leader in a press release.

“Uncontrolled imports of plastic waste do nothing but increase the problems existing in Turkey’s own recycling system. Around 241 truckloads of plastic waste come to Turkey every day from across Europe and it overwhelms us.”

The Greenpeace Research team visited 10 wild landfills in the Adana's Cilicia region in southern Turkey in March 2021 and came across mountains of plastic waste, mostly from the UK and Germany.

The team reported that the Cilician coastline suffers more plastic pollution than any other stretch of the Mediterranean. The River Seyhan, which runs through the centre of Adana, and the River Ceyhan, which runs to the southeast, are collectively responsible for 9 percent of the plastic pollution entering the Mediterranean each year - second only to the Nile, according to the Greenpeace report.

Large amounts of plastic waste were found at 10 locations on the outskirts of the city, which were illegally dumped in fields, near rivers, railroad tracks and on the roadside, and were often on fire or had already been burned. Among other things, a Covid-19 rapid test was found which proves that part of the waste was only exported in the period this year or last year.

Plastic waste from the UK were also found at these sites, including packaging and plastic bags from retailers such as Tesco, Asda, the Co-op, Aldi, Sainsbury’s, Lidl and Marks & Spencer, as well as Lucozade and Fanta bottles and a car number plate.

The researchers discovered plastic waste from German companies at the Turkish sites such as cleaning agents from Henkel, reusable plastic shopping bags from Rossman, and cheese snack cubes from Devinan.

Several studies cited by Greenpeace indicate that almost 20 percent of plastic waste entering the Mediterranean Sea each year - an estimated 110,000 tonnes - comes from Turkey, and that almost half of Turkish waters contain micro plastics.

The Turkish government imposed a total ban on importing many types of plastic waste, beginning 1 January 2021, but it did not have any impact at all on the trade, even doubling the UK exports in February to 30,000 tonnes.

“This is yet another reminder that the UK’s strategy of exporting its plastic waste depends on other countries who remain willing to carry the environmental and societal costs of plastic pollution,” the report concluded. Environment
As toxic waste continues to burn, Lebanon is 'inhaling its own death', says report 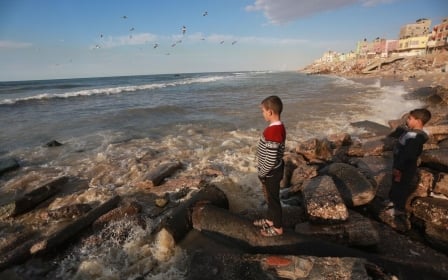