Multibillion-dollar deal for Eurofighter jets, transport planes, frigates and tank engines is being discussed as Turkey faces procurement hurdles in the US Turkey has held talks with the United Kingdom over the possible sale of a large package of weapons, including fighter jets, transport planes, engines and frigates, three separate sources familiar with the discussions told Middle East Eye.

The sources said that during their meeting Akar and Wallace explored the possibility of Ankara purchasing Eurofighter jets, C-130J transport planes and Type 23 frigates, as well as engines for Turkey’s outdated M60 battle tanks. The estimated value of such a deal is well over $10bn, according to the sources.

“We are evaluating our options on these platforms but we aren’t in the final stages of negotiations,” said one of the Turkish sources, who spoke to MEE on the condition of anonymity because they are not authorised to speak to the media.

Commenting on the talks, a UK Ministry of Defence spokesperson told Middle East Eye: “The Defence Secretary met with his Turkish counterpart to discuss strengthening defence ties between the two countries. They spoke on a range of topics including procurement, with progress made in a number of areas.”

The move comes as Ankara faces difficulties acquiring 40 new F-16 aircraft and 79 modernisation kits for its existing F-16 fleet because of opposition in the US Congress.

Many US lawmakers, including Senator Bob Menendez, who chairs the US Senate Committee on Foreign Relations, have declared that they would oppose such a move over Ankara’s alleged aggression against its allies and neighbours, including Greece.

US officials have told their Turkish counterparts that dropping the conditions Turkey has set for Sweden to become a Nato member will help remove opposition to the fighter aircraft deal in Congress.

Turkey has one of the largest F-16 fleets in the region, but the planes are reaching the end of their lifespan. 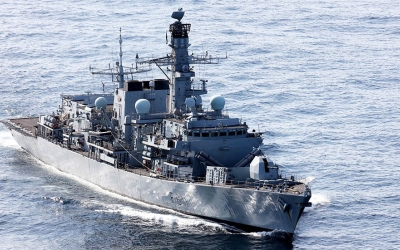 Ankara finds itself with an unexpected conundrum, since it designed its medium-term air defence needs based on the acquisition of fifth-generation F-35 jets. The US government officially kicked Turkey out of the F-35 programme in 2019 over the latter’s purchase of Russian-made S-400 air defence systems.

One industry insider told MEE this week that Turkey was looking to purchase two squadrons of Eurofighters, amounting to between 24 to 48 units.

A second source, who also spoke on condition of anonymity, said Ankara’s Eurofighter acquisition wouldn’t be an easy process, since it would require a lot of technical adjustments and training within the Turkish Armed Forces.

The source added that the Turkish military was becoming increasingly familiar with the platform, since Qatar is also believed to have sent some of its Eurofighter jets to Turkey under a bilateral deal that allows Doha to deploy its air force in Turkey.

Turkey has its own nationally designed and produced fighter jet programmes, such as TFX and Hurjet, but they aren’t battle proven and their date of delivery may change depending on the production line. This is why the Turkish military is looking for temporary solutions.

Akar and Wallace also discussed the possible procurement of C-130J military transport planes, according to the sources. The UK’s Defence Equipment Sales Authority (Desa) put its C-130J transport planes on sale in October. In its brochure, Desa added that 14 C-130J tactical aircraft would be made available for acquisition as they come out of service between 2023 and 2025.

The first source told MEE that C-130J, the most advanced version of the transport plane, would be a good addition to Turkey’s inventory, which is stretched because of Ankara’s missions to Libya.

“We already have C-130s in our inventory, it is an aircraft we already know well,” the Turkish source said. “We have necessary know-how to maintain and modernise them." The source added that Ankara has made heavy use of its fleet of A400Ms in Libya, which was building pressure on the aircraft.

The two defence ministers are also looking for ways to find a British supplier to modernise Turkey's M60 tanks. The sources said Ankara’s own tank project, Altay, had been facing engine procurement issues and was running very late. “The military would like to maintain its battle readiness,” the first source added.

Middle East Eye has written to the British Ministry of Defence asking for comment. MEE reported on Thursday that the UK is also negotiating a deal to sell at least three Type 23 frigates to Turkey, which were slated for sale by the UK's defence ministry for 2023.

It isn't clear whether Ankara would be able to make a final decision on these potential purchases before presidential elections later this year. A new government might have different ideas about procurement plans.

Turkey and the UK have close defence relations due to their Nato partnership, but there is industrial cooperation as well. UK engine maker Rolls-Royce and its local partner Kale are expected to supply an engine for Ankara's first home-built fighter jet, the TF-X.

The UK-based BAE Systems is also collaborating closely with Turkish Aerospace Industries in the development of the jet, including its stealth technology.

The United Kingdom completely lifted all of its restrictions on the export of defence products to Turkey last May. Restrictions had been brought in following Ankara's 2019 offensive in northeast Syria. 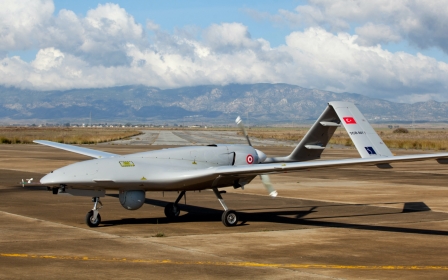 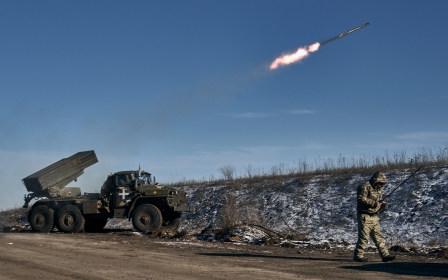 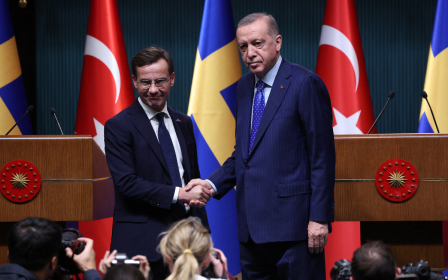