Turkey's foreign ministry accused Haftar on Wednesday of trying to "create a military dictatorship" and said the military leader had shown his true intentions by withdrawing from a landmark UN-brokered agreement to unite the country.

"Turkey will continue to stand by the Libyan people in defending the Government of National Accord and all other legitimate institutions... and to support the efforts for a political solution," the foreign ministry said. Turkey's foreign ministry also urged the international community to respond to Haftar's actions, adding that the military leader had "undoubtedly exposed his intention to establish a junta regime in Libya".

"With this announcement, Haftar has once again demonstrated that he does not seek a political solution to the crisis in Libya, does not support international efforts in this regard... and aims to create a military dictatorship in the country," the ministry added.

The comments came after Haftar declared that he had a "popular mandate" to govern the North African country, and said the 2015 UN agreement had "destroyed" Libya.

"The political agreement destroyed the country. We will work to create the conditions for building permanent civic institutions," Haftar said in a televised address.

On Tuesday, the GNA responded to Haftar's announcement, accusing him of staging a "coup".

"It's a farce and the latest in a long series of coups d'etat," the government said in a statement.

Russia and US react

Haftar, a former general under Muammar Gaddafi, has been leading an assault on the capital Tripoli since last April with his self-styled Libyan National Army (LNA).

Although the LNA last year managed to advance into the southern suburbs of Tripoli, it has lost ground to pro-GNA forces during clashes this month.

Russia and the US have urged both parties to resume a political process, with Washington saying it "regrets" Haftar's nixing of the 2015 agreement.

"The United States regrets LNA commander Haftar's suggestion that changes to #Libya’s political structure can be imposed by unilateral declaration and reiterates the call for an immediate humanitarian cessation of hostilities," the US embassy in Libya said in a statement.

Although the US officially backs the GNA, Tripoli has accused Western powers of covertly backing the military leader.

Last year, after Donald Trump spoke on the phone with Haftar, the White House said in a statement that the US president "recognised Field Marshall Haftar's significant role in fighting terrorism and securing Libya's oil resources". 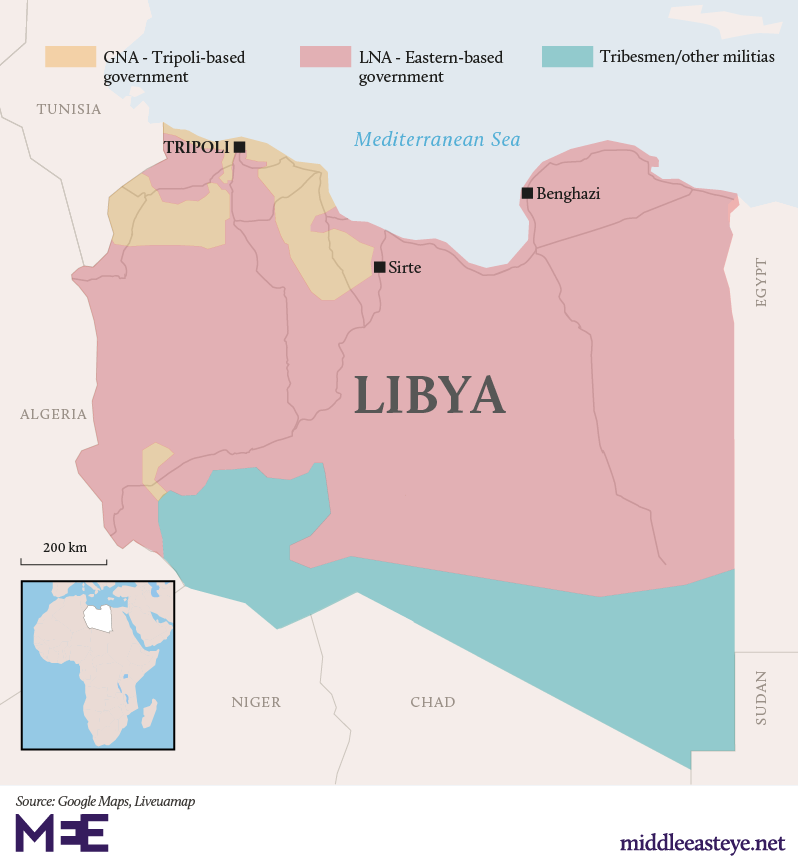