ISTANBUL, Turkey – Plenty of tea was spluttered and breadcrumbs spat as the presenter of a Turkish breakfast programme decided to launch a tirade on air and issue death threats to residents of certain areas of Istanbul.

Viewers of the ultra-religious Akit station's "The Day Begins" programme watched as Ahmet Keser seethed with anger at claims Turkey was harming civilians in Syria's Afrin region - before stating that, should likeminded Turks wish, they would start with "traitors" in secular areas of Istanbul - and even some members of parliament.

If we were to kill civilians we would start in Cihangir, Nisantasi, Etiler, there are so many traitors

He ended the tirade with a veiled threat to MPs: "There is the parliament."

Keser also referred to the residents of Cihangir, Nisantasi and Etiler - considered westernised areas of Istanbul - as "mercenaries".

The backlash from the public and opposition political parties against his comments was immediate and widespread.

Baris Yarkadas, an MP from the opposition CHP Party, filed a complaint in parliament asking the speaker to initiate action.

The recently launched centre-right Good party filed criminal charges. It was not clear if the charges were against Keser, the media group, or both.

On Tuesday evening, the Kucukcekmece prosecutor's office charged Keser with "using the media to incite public hatred and to denigrate".

It is a clear act of sabotage against Turkey's unity

On 28 February, Mahir Unal, the spokesman of the ruling AKP party, whose views the Akit TV says it reflects, also lashed out at those remarks.

"You are using such expressions based on what? We will never accept or endorse this... It is a clear act of sabotage against Turkey's unity," Unal said in televised remarks.

Unal went on to say that he believed the television station had taken action against the person involved.

Akit TV said in a statement that Keser had resigned in order to prevent attacks on the institution using his remarks as a pretext.

But presenters on Akit have on multiple occasions called the secular Turkish republic a stain on the country's history.

Just two weeks ago, another presenter on the same breakfast programme threatened the secular Cumhuriyet newspaper during a segment showing the front pages of the day's papers.

Taking offence at every aspect of the paper's front page and calling its employees "filth", the presenter, whose on screen physical agitation grows with every sentence, expressed a desire for one-man rule, sharia law and the death sentence in order to better deal with Cumhuriyet and its staff.

Akit's threats have enraged journalist unions and bodies, while also increasing concerns about the ever-deepening polarisation in society, which targeted groups say is encouraged by the AKP divisive rhetoric of recent years.

Can Guleryuzlu, the president of the Progressive Journalists Association, told Middle East Eye that Akit's work cannot be termed journalism - it is is criminality fuelled by political motives.

"Akit TV is engaging in warmongering and the incitement of hate crime under the guise of journalism," he said.

"Two weeks ago it used similar hate speech to depict the Cumhuriyet newspaper as a target and that is a criminal act. This shows that the institution in question is systematically engaged in such crimes and will continue to do so.

"We know that Akit TV is very close to the AKP ruling party in terms of thought and draws its courage to do such things from those in political power," said Guleryuzlu.

Ozan Asik, a sociologist at Uludag University, told MEE such incidents in the media reflected the wider social climate where people see threats in all directions.

"Polarisation in society is at such a high that it has reached existential angst levels for everyone. All differing views are seen as existential threats," said Asik. "It is the same thing we are seeing in media as well."

Asik said in the case of the Akit group, a large section of conservatives rejected its views as well, deeming it too radical and imbalanced.

Turkish media watchdog RTUK is the body that deals with infringements committed by media. However, many say the structure of the body is too politicised, preventing it from acting on issue with political import.

RTUK's membership is based on proportional representation of political parties in parliament. This gives the AKP clout over the body.

The watchdog on Tuesday evening also announced it had placed a three-episode ban on the programme and imposed a financial penalty on Akit TV.

Concerns that the judicial system is also increasingly vulnerable to political pressure also raises fears that such acts go unpunished.

"If prosecutors and other public institutions don't take immediate steps then they will not have performed their duty and will be complicit in the crime," said Guleryuzlu.

He spoke to MEE before the district prosecutor's office later in the evening announced an investigation into Akit TV.

Journalist unions and associations in Turkey have no means of acting against or censuring improper journalistic practices.

Most of Turkish media is owned by corporations or individuals with varied business interests.

According to Asik, whose research specialises in Turkish media, journalists themselves are to blame for their inability to efficiently organise in the face of corporate owners.

He said the failure of journalists to organise properly began soon after the era of liberalisation and deregulation began, and that it was an issue not just in Turkey but across the globe.

"Journalists themselves are to some extent responsible for the weak position of Turkish media in its relationship to corporate owners and the political regimes because they did not organise, establish efficient trade unions to defend their professional rights, and form a united front against corporate owners and the government over the last two decades," said Asik.

"And remember that at the time it was a coalition government with various points of contact."

Despite their limitations, Guleryuzlu said they remained dedicated to calling out unacceptable journalism practices.

"As press trade associations we will always say that such an understanding [like Yeni Akit's] has nothing to do with journalism and will condemn it," he said.

"Journalism is not only under pressure from public authorities but from such politically motivated acts that have no place within journalistic principles."

"We will continue to use every platform to say that Akit TV is engaged in warmongering and hate crime." 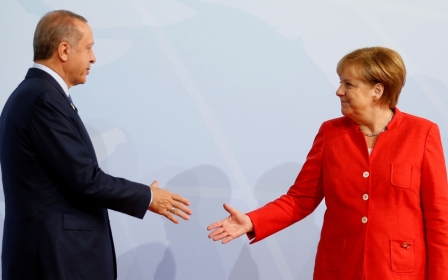 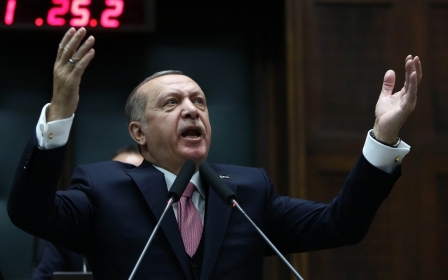