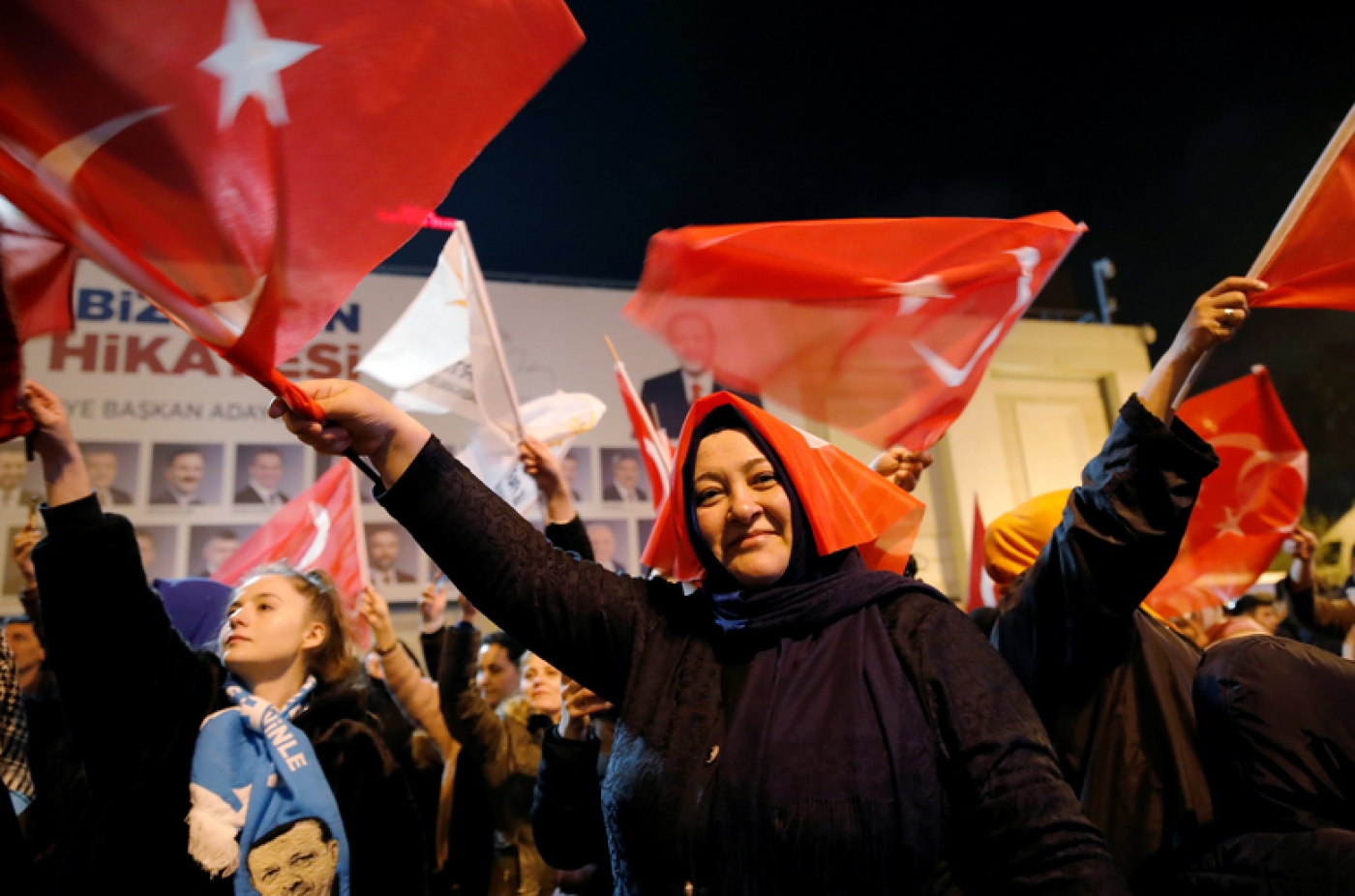 The outcome of the mayoral race for Istanbul remained uncertain on Sunday night with just a few thousand votes separating the two leading candidates, and both the ruling Justice and Development Party (AKP) and the main opposition party claiming victory.

The confusion in Turkey's biggest city followed a mixed day in local elections for President Recep Tayyip Erdogan's AKP in which it already appeared to lose control of capital Ankara to the opposition Republican People's Party (CHP). In a late-night speech in Istanbul, Erdogan took a conciliatory tone, saying: “We will begin to fix our faults beginning tomorrow morning. We won’t fight with the nation. Otherwise it would be fascism. Satisfying our people is more important than our party.”

In a hint of concession, Erdogan added that even if the opposition goes on to take Istanbul, his ruling party still retains the majority of the district municipalities.

The AKP's Binali Yildirim, a former prime minister and close ally of Erdogan, and the CHP's Ekrem Imamoglu both had a 48.7 percent share of the vote with 99 percent of ballots counted, but with Yildirim ahead by fewer than 5,000 out of more than eight million votes cast.

Yildirim declared himself the winner even as counting continued, saying: "We thank Istanbul's residents for the mandate they have given us."

But Imamoglu immediately retorted by saying he had been wrong to do so, and indicated that he believed he would ultimately be declared the winner.

MOST LIKELY SCENARIO IN ISTANBUL

• A recount, probably couple of recounts
• More than 200.000 invalid ballot papers will need to be reevaluated

Earlier, Imamoglu had complained that the Supreme Election Board (YSK), Turkey's elections regulator, had stopped providing data for Istanbul when the count had reached 38 percent.

Official results are only declared by the YSK, and the closeness of the race means that a recount is likely.

Still, the CHP appears set to claim victory in Ankara, where unofficial results showed the party's Mansur Yavas ahead of Mehmet Ozhaseki, the joint candidate for Erdogan’s AKP and the Nationalist Movement Party (MHP), by almost three percent with more than 87 percent of the votes counted.

Ankara and Istanbul are the biggest prizes at stake in nationwide elections that are seen as the last major test for Erdogan before presidential elections in 2023. Who will get the green light in Istanbul? Traffic crisis key issue in mayoral race
Read More »

Erdogan had targeted Istanbul heavily in the final two days of campaigning, speaking at rallies throughout Friday and Saturday amid fears that the AKP could lose control of a city where he built his political reputation as mayor in the 1990s.

In order to increase the chances of winning the election, Erdogan's ruling AKP continued its recent electoral partnership with the ultra-nationalist MHP, together consolidating most of the right-wing votes under what they call the "People Alliance".

In response, the main opposition CHP created its own rival coalition dubbed the "Nation Alliance”, with IYI, another nationalist party.

Other early results appeared to show losses for the pro-Kurdish People’s Democracy Party (HDP), which lost at least three cities, Sırnak, Agri and Bitlis, in its southeastern heartland to the AKP.

In Sirnak, which was considered an HDP stronghold, AKP candidate Mehmet Yarka won with 62 percent of votes.

The HDP also lost the city of Tunceli to the Turkish Communist Party.

Anadolu reported that the AKP had won about 45 percent of votes nationwide, winning at least 16 metropolitan municipalities and 24 cities with more than 85 percent of ballots counted.

Speaking as the results were still being counted, Erdogan said that the outcome of the elections would be the "nation's will".

He said that the results showed the AKP-MHP alliance well ahead, and underlined his party's successes in the Kurdish-majority southeast.

Looking forward to the next elections scheduled for 2023, Erdogan said his government would focus on the economy and implementing a programme based on free-market reforms.

An economic recession combined with rising food prices has hurt the average citizen and pushed Erdogan's AKP to turn straightforward municipal elections into a campaign themed around the "survival of the nation".

"This election, as any other critical election in the last six years, has a meaning beyond choosing mayors," Erdogan said on Saturday during one of the six rallies he attended in Istanbul.

"We will decide what kind of Turkey we want for ourselves and our children as well.”

Turkey has gone through five elections and one referendum in the past five years that have considerably polarised the country amid a refugee crisis, a slowing economy and an attempted coup.