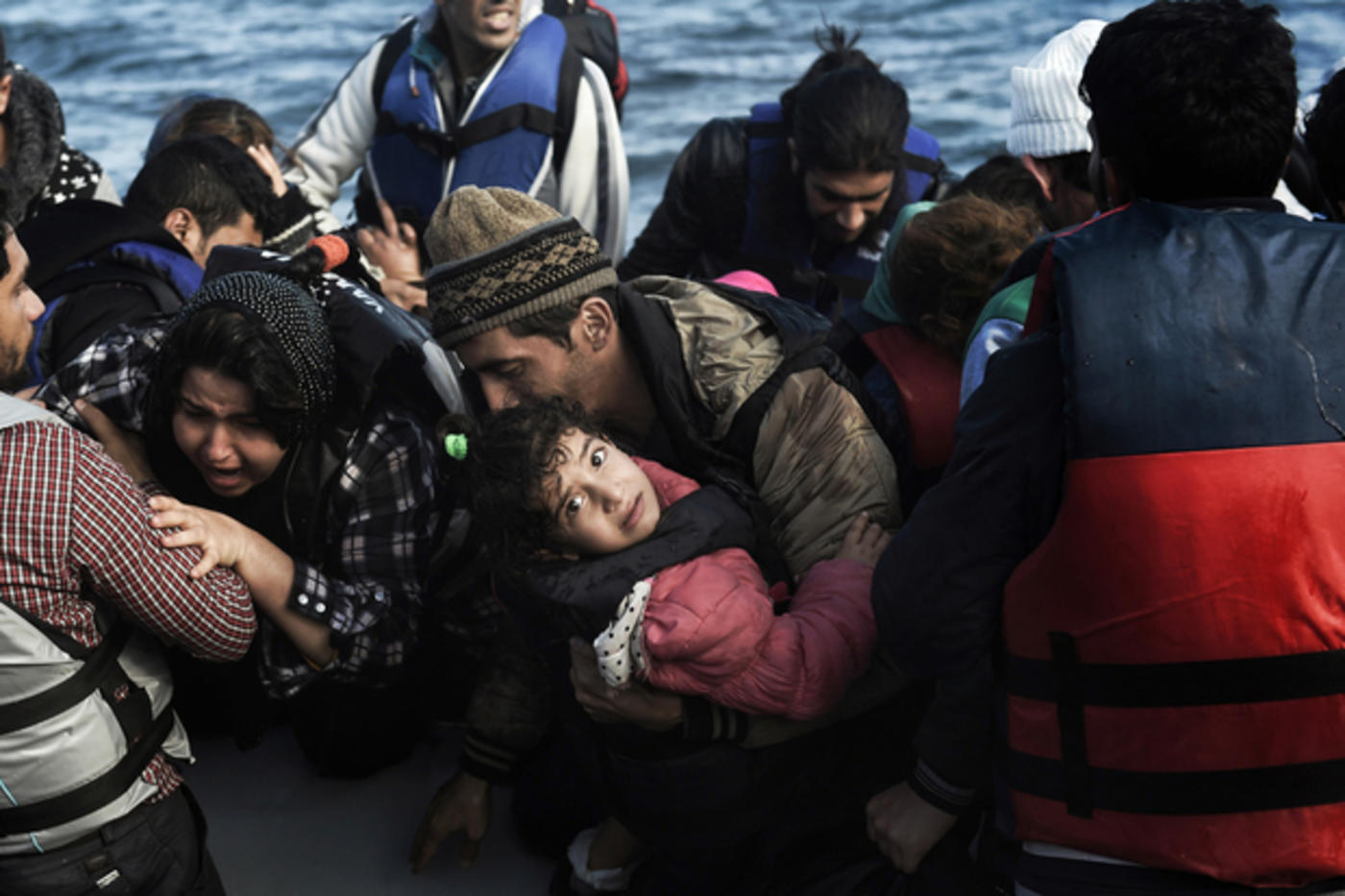 Two Syrian girls aged eight months and five years drowned off the Libyan coast in what has been a difficult 24 hours for refugee and migrants trying to cross to Europe.

Four other people also drowned in the boat, a humanitarian rescue group said on Friday.

The bodies were recovered about 22 nautical miles from Libya on Thursday when the small vessel packed with 27 Syrians flipped over and sank, the Migrant Offshore Aid Station (MOAS) humanitarian group said.

More than 500 boat migrants were rescued from overcrowded and unsafe boats in seas between Libya and Italy on Thursday, including 146 people plucked from a semi-deflated rubber vessel, Italy's coastguard said.

Meanwhile, in the eastern Mediterranean, around 50 migrants were rescued off the Greek coast on Friday when their boat ran into trouble off Greece's southwest coast, police said.

The group of migrants were found just off of the town of Methoni on the Peloponnese peninsula, stranded on a chain of rocky islets.

They have since been taken to Methoni to be processed and identified, according to harbour police.

Last year, most refugees and migrants chose to travel from the shorter journey from Turkey to Greece to make it to Europe, but the signing of a deal between Turkey and the EU has severely limited the number of new arrivals, prompting more people to try the crossing from North Africa. Recent weeks, however, have seen a surge in new arrivals from Turkey which has led to overcrowding in detention centres on Greek islands as well as in the Greek capital Athens.

Following Friday's rescue off Greece, authorities will be eager to determine the group's route, which deviated from the Aegean Sea route typically followed by migrants crossing from Turkey to Greece.

Between Thursday and Friday morning, 261 new arrivals were registered on the Aegean islands - mainly Lesbos - an increase on recent days, according to the SOMP agency which is coordinating Greece's response to the migrant crisis.

Last week there were between 13 and 147 new arrivals every day coming to Greece.

Both Greece and the EU fear an upsurge in migrants coming to Europe as Turkey focuses on a purge of officials following the failed coup of 15 July which has led to a souring of relations between Ankara and Brussels.

Some 10,000 migrants remain encamped on the Aegean islands - which have a capacity to host just 7,450 migrants - with most claiming asylum to either avoid or postpone their forcible return to Turkey under the deal