The United Arab Emirates has pledged support for the new unity government in Tripoli formed after UN-sponsored peace talks, despite its previous backing for Libyan military commander Khalifa Haftar.

The crown prince "renewed his support for the new executive authority in Libya and their endeavours to establish peace and stability," the official WAM news agency reported on Thursday.

Bin Zayed, the UAE's de facto leader, tweeted early on Thursday that it had been "an honour" to meet with Dbeibah.

"Libya will overcome its challenges and we stand at the side of the Libyan people at this critical moment," he said.

"The new road map will hopefully lead to stability and unity." The European Union also pledged its support this week for Libya's new unity government, calling for the departure of all foreign forces and mercenaries, which it described as a "precondition" for returning to stability.

"You have created an opportunity to rebuild your country, but there is one precondition - all foreign fighters and troops must leave the country," Charles Michel, president of the European Council, said during a news conference in Tripoli on Sunday.

In March, the UN Security Council unanimously adopted a declaration demanding the withdrawal of all foreign troops and mercenaries from Libya.

The world body estimates that there were 20,000 in the country as of December.

Libya has been ravaged by conflict since the overthrow and killing of longtime autocrat Muammar Gaddafi in a Nato-backed revolt in 2011.

An array of armed groups rose up to fill the vacuum, and many coalesced either around eastern-based Haftar or the UN-supported Government of National Accord (GNA).

In April 2019, Haftar launched an offensive on Tripoli in an attempt to defeat the GNA. However, Turkey backed the UN-supported government with drones, Syrian mercenaries and hardware, swinging the conflict in the GNA's favour until Haftar's forces withdrew in June 2020.

In October they signed a truce, setting in motion a UN-led process that saw Dbeibah's transitional unity government installed in February.

Previously, the UAE was, with Egypt and Russia, one of the main backers of Haftar in his abortive bid to defeat the GNA in Tripoli.

The UAE said in January it was ready to work closely with US President Joe Biden's administration for a peaceful solution to the Libyan conflict. 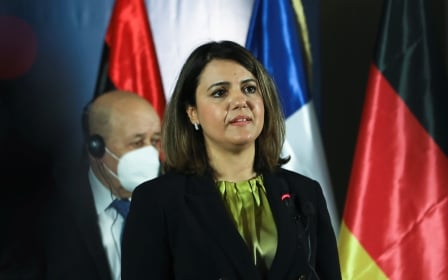 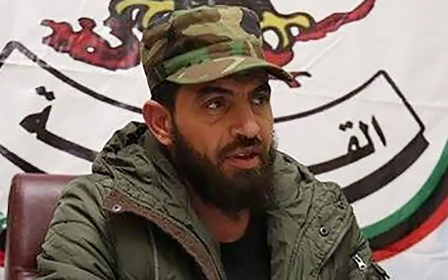