Despite sanctions and US warnings not to participate, 38 Emirati businessmen seek opportunities at the Damascus International Fair 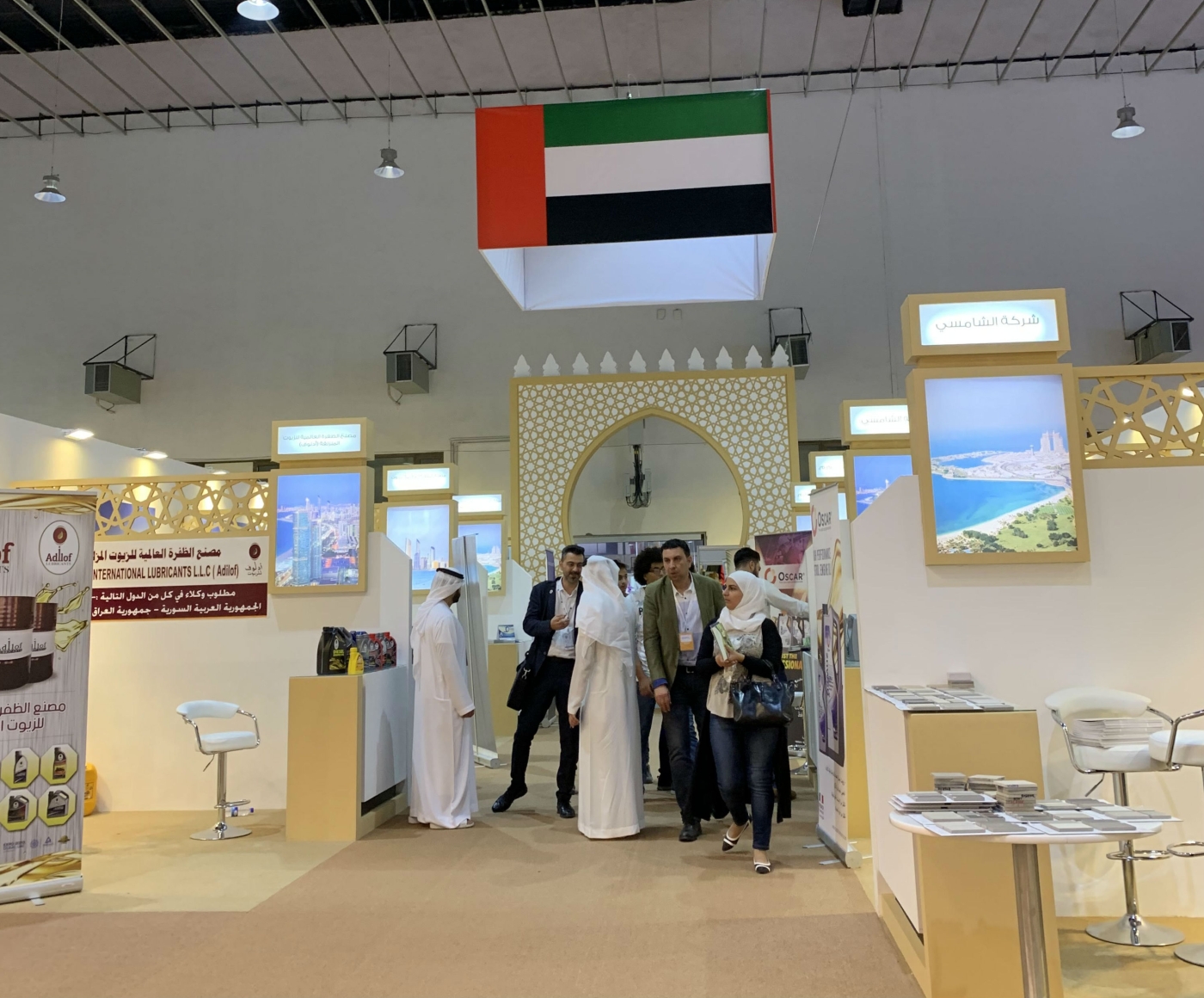 The United Arab Emirates' flag is becoming a more common sight in Damascus.

First, in December, when the UAE reopened its embassy in the Syrian capital, and now again, as a team of Emirati businessmen controversially represent their country at the Damascus International Fair trade expo.

Despite the UAE resuming diplomatic relations with Syria, its participation in the annual event has come as a surprise.

'It is unacceptable and inappropriate for businesses, individuals, and chambers of commerce from outside Syria to participate'

The Emirati government has taken a hostile stance towards Damascus since the Syrian civil war broke out in 2011, with the UAE being accused of materially backing rebel groups.

But also the United States, one of the UAE's principal allies, warned in the buildup to the event that anyone dealing with President Bashar al-Assad's government risks international sanctions.

"It is unacceptable and inappropriate for businesses, individuals, and chambers of commerce from outside Syria to participate in a trade fair with the Assad regime," the US embassy to Syria tweeted on Tuesday.

"Particularly at a time when the Assad regime and its allies Russia and the IRGC [Iranian Revolutionary Guard] are attacking innocent Syrians," it added, in reference to the current offensive in rebel-held Idlib province.

We repeat that it is unacceptable & inappropriate for businesses, individuals, & chambers of commerce from outside #Syria to participate in a trade fair w/ Assad regime, particularly at a time when the Assad regime & its allies #Russia & the #IRGC are attacking innocent Syrians.

The Damascus International Fair has been held 61 times since 1954. Its 2019 iteration opened on Saturday and runs for 10 days. Though the fair paused for a while after the outbreak of war, since 2017 it has been up and running again, though with less international participation.

However, with the Syrian government gradually regaining much of the territory it had lost to the opposition, and a process of normalisation beginning to occur internationally, some countries are beginning to return.

Last year saw Algeria and Egypt participate, and now the UAE and Oman are back, as Damascus uses the expo to project an image that war-torn Syria is once again a safe environment for investment and trade.

The UAE's pavilion is strategically placed close to the fair's entrance, and is large and spacious.

Around 15 companies are exhibiting there, represented by Emirati businessmen wearing traditional white thobes. The United Arab Emirates' flag is perched prominently above.

The Emirati stalls are lavish and luxuriously decorated, in stark contrast to all other countries' exhibits at the fair.

Each company has one or more representatives standing by, receiving visitors and engaging with passers-by.

Though the UAE representatives were keen to attract business and interest, they were noticeably less receptive of the media.

Farouk Kasasa, a managing director of Emirati company Issa al-Ghurair Investment, was the sole representative willing to be interviewed.

On its website, Issa al-Ghurair Investment describes itself as "ideally located in the heart of Dubai," and says that its "manufacturing facilities are strategically located at Jebel Ali Port, a global hub for international logistics, making it convenient for global business transactions".

Kasasa is Syrian, but has lived in the UAE since 1974. The rest of the UAE business representatives said they had strict instructions not to speak to the press, and were fearful of saying something with political ramifications.

'The UAE delegation is sponsored by the Abu Dhabi Chamber of Commerce, which supervises this important business'

Whenever MEE attempted to take photographs of the Emirati businessmen present or interview them, they turned their backs and even fled elsewhere.

"We came with an official UAE delegation accompanied by a number of Emirati businessmen on a private plane," Kasasa told Middle East Eye.

"We landed at Damascus International Airport, and we came to very actively look for investment opportunities in Syria."

According to Kasasa, the delegation is made up of 40 businessmen, 38 of whom are UAE nationals. Just two are Syrian, but they work for Emirati businesses.

Wearing a blue suit and sunglasses, Kasasa glided between the stalls, greeting people as they passed and chatting with other members of his delegation.

"The UAE delegation is sponsored by the Abu Dhabi Chamber of Commerce, which supervises this important business," Kasasa said.

When asked about the warnings by the the US to those participating in the event, Kasasa said: "I have not heard about this tweet, but I think that the UAE is alert and has great experience in economic and political dealings."

The businessman seemed unperturbed by the debate and attention that the US embassy's tweet had attracted. The US's diplomatic mission to Syria has not had a presence in the country since cutting ties in 2012.

Other than the UAE, 37 Arab and foreign countries are participating in the fair, many of which have good or warming relations with the Syrian government.

The Czech Republic, Belarus, Russia, China, Iran, Lebanon, Pakistan and Iraq, among others, are represented at the expo, which is being held under the slogan "From Damascus to the world". Around 1,500 companies are participating.

Investment opportunities are expected to grow in Syria, as Assad consolidates his control and the reconstruction phase begins.

Contracts to help with Syria's reconstruction are set to be lucrative prizes, with Damascus' allies Russia and Iran front of the queue, and neighbouring Lebanon and emerging superpower China also seeking to profit.

"The UAE's companies are looking forward to contributing to the reconstruction phase," Kasasa said.

"The Syrian market is an attractive place to work."

Not everyone at the fair is there to make money.

With free transportation provided to the exhibition centre 30 minutes drive south of Damascus, many Syrians are taking the opportunity to see something a little different in the capital.

Entertainment in the city is not what it once was, and Damascenes are eager to find new ways to pass the time amid the dragging horror of war.

Ahmad Rifai, 57, came to the Damascus International Fair with his wife and two sons, as he does every year.

"For me, the fair is like a big park, accessible and free of charge. There is a large area for children to play, clean air, and we can break the routine we live in," he told MEE.

Rifai has not visited any exhibit but the Syrian one. "Here I can find some food and drink, and I can also get some small gifts. The rest of the stands are not for me, they are for business people and VIPs, and I'm not one of them," he said.

The Syrian father isn't interested in the political side of the fair, and said he hasn't followed the news for three years now as war fatigue has crept in.

When merely securing enough fuel to cook with or stationary for his children to use at school is a struggle, following the news and caring about closer relations with the Emiratis is far from his mind.

"All of them are lying, all the news is fake," Rifai said.