Investigation by UAE, Saudi and Norway concludes that attacks on four ships near Emirati port were likely the work of a state actor 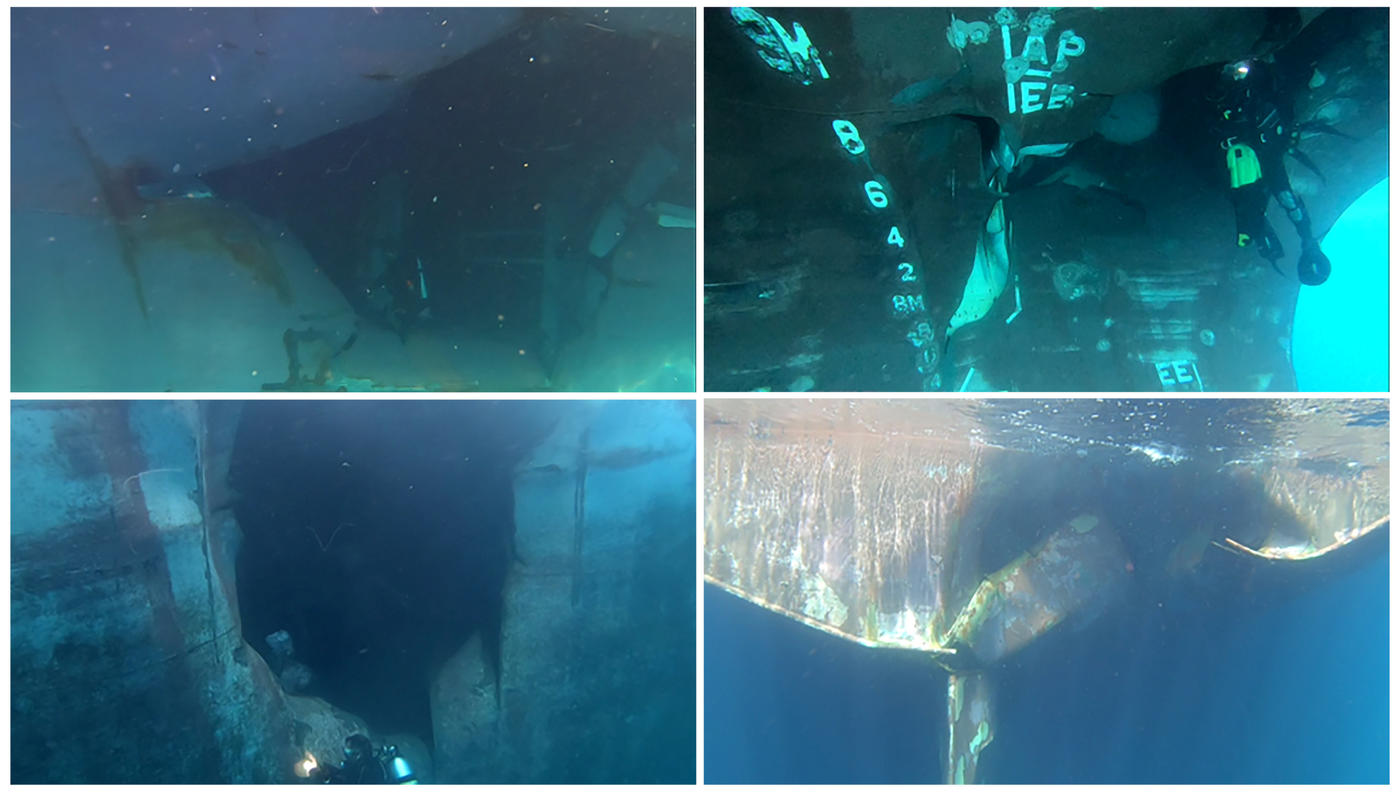 Images of the damage caused to the four vessels, as shared with the UN Security Council by Emirati officials (Reuters)
By
MEE staff

Attacks on four ships off the coast of the United Arab Emirates last month were part of a "sophisticated and co-ordinated operation" and the likely work of a state actor, diplomats from the UAE, Saudi Arabia and Norway told a closed session of the United Nations Security Council on Thursday.

A report outlining the three countries' preliminary findings into the attacks on their ships said that the operation most likely involved magnetic mines being attached to the vessels by divers deployed by fast boats.

Two Saudi oil tankers, a Norwegian tanker and an Emirati vessel were damaged in the attacks on the morning of 12 May near the Emirati port of Fujairah, a major oil terminal which lies on the Gulf of Oman, near the Straits of Hormuz.

"Based on the evaluation of radar data, and the short time several of the targeted vessels had been at anchor prior to the attacks, it appears most likely that the mines were placed on the vessels by divers deployed from fast boats," the three countries said in a statement, according to the Emirati Ministry of Foreign Affairs.

The report did not identify who was responsible for the attacks, which came amid a ratcheting of tensions in the Gulf between Iran and the United States.

No group has claimed responsibility for the damage to the ships, but US and Saudi officials have pointed to Iran.

"We believe that the responsibility for this action lies on the shoulders of Iran. We have no hesitation in making this statement," said the Saudi ambassador to the United Nations, Abdallah al-Mouallimi, on Thursday.

Anwar Gargash, the UAE's minister of state for foreign affairs, on Friday called for the Security Council to hold the perpetrators of the attack accountable.

Writing on Twitter, he said: "In the current political climate, the UAE stands united with regional and international partners in order to reduce tensions in the region and ensure the security of international shipping and global energy supplies."

In the current political climate, the #UAE stands united with regional & international partners in order to reduce tensions in the region and ensure the security of international shipping & global energy supplies.

Tehran has denied any involvement in the attacks.

"While investigations are still ongoing, these facts are strong indications that the four attacks were part of a sophisticated and coordinated operation carried out by an actor with significant operational capacity, most likely a state actor," the three countries said in the document.

In a summary of the report, the Emirati foreign ministry said the four vessels had been chosen from among almost 200 vessels of all types that lay at anchor off Fujairah at the time of the attacks. 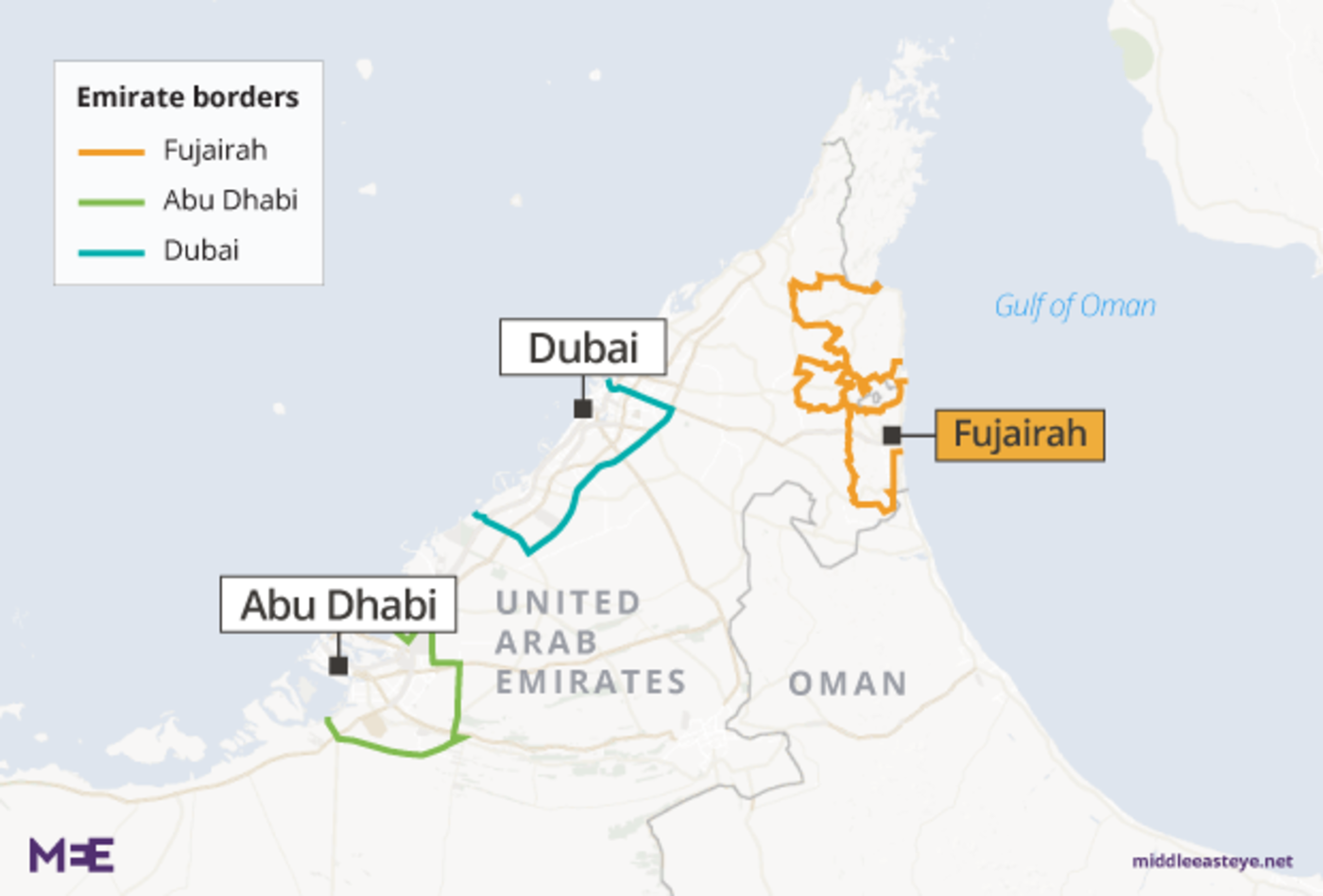 One of the targets was at the opposite end of the anchorage area from the other ships, suggesting that the targets had been pre-selected based on intelligence, it said.

The attacks also required a high degree of coordination among several teams of operatives, including the timed detonation of all four explosive devices within an hour, as well as "expert navigation" and an "understanding of the geographic area," it added.

"The explosive charges were placed with a high degree of precision under the waterline, in ways that were designed to incapacitate the ships without sinking them or detonating their cargoes – indicating minute knowledge of the design of the targeted ships," the ministry said. The UAE first reported the alleged sabotage on the four ships on 12 May, about a week after US officials warned that Iran was ostensibly preparing attacks in the region.

Iran quickly denied responsibility for the attacks through its foreign ministry, warning against "plots by ill-wishers to disrupt regional security".

A few days later, Gargash refused to assign blame for the incident.

"We need to emphasise caution and good judgment. It is easy to throw accusations, but it is a difficult situation, there are serious issues and among them is Iranian behaviour," Gargash said.

At that time, Abu Dhabi said it was investigating the incident and did not release details about the nature of the attack. Both Emirati and American media outlets also reported that the UAE requested US assistance in the probe.

The description of the attacks is also consistent with an account given to Middle East Eye by a well-placed Emirati source last month.

"The damage was limited, and like the other mines it was designed to send a message," said the source, speaking on condition of anonymity.

"It caused damage, but not huge. We are very concerned about this."