Iran's Zarif says no talks with US until 'economic war' stops 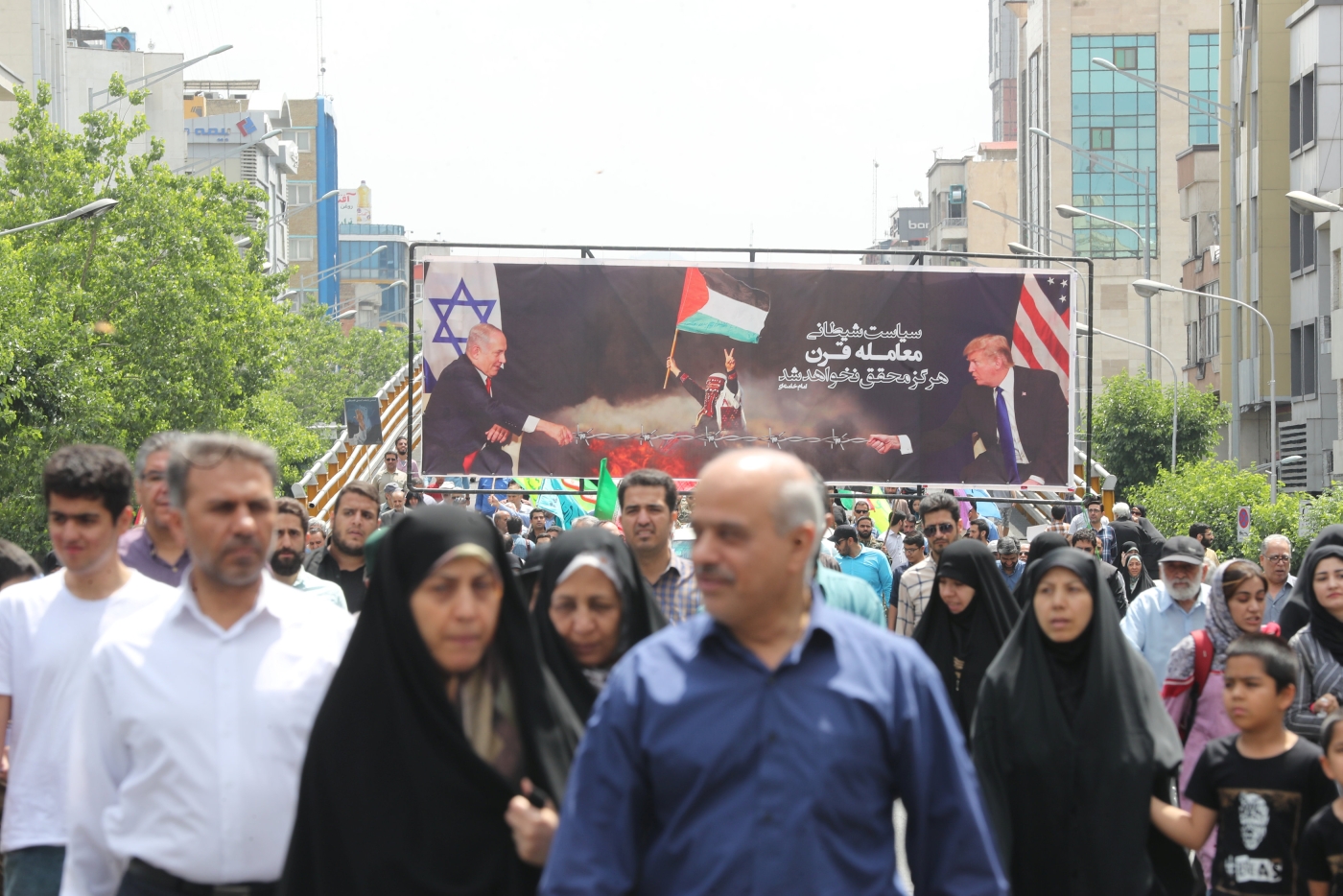 Protest marking the annual Jerusalem Day in Tehran, 31 May (Reuters)
By
MEE staff

Iranian Foreign Minister Mohammed Javad Zarif has said direct talks between Tehran and Washington will not take place until the United States lifts its sanctions against the country, which he described as "economic war".

On Twitter on Monday, Zarif posted a video of a mother describing how US sanctions on Iran have made it difficult for her to get a prosthetic leg for her physically disabled child.

"This is [Donald Trump's] 'economic war'," Zarif wrote. "And war and talks - with or without preconditions - don't go together."

#EconomicTerrorism against Iran targets innocent civilians. Like this little boy, whose heartbroken mother can't get him prosthetic legs as he grows. They're sanctioned.

His remarks appear to come in response to US Secretary of State Mike Pompeo, who said over the weekend that Washington is willing to negotiate with Tehran without preconditions.

"We are ready to sit down," Pompeo said on Sunday.

The US top diplomat's offer was a U-turn from his own list of 12 demands - which he said last year that Iran would need to meet in order for Washington to lift its sanctions - and after weeks of mounting tensions between the two countries.

Donald Trump's administration has applied a "maximum pressure" strategy on Iran, as it tries to radically subdue Iranian influence in the Middle East. In early May, American officials cited intelligence reports to warn that Iran was preparing attacks against US troops and interests in the region.

Since then, Washington has blamed Tehran for a series of incidents across the Middle East, including the "sabotage" of four ships off the coast of the United Arab Emirates, for which Tehran has denied responsibility.

Throughout the ongoing crisis, Trump has repeatedly called on Iranians to "call" him.

Officials in Tehran have warned against war, but they have hit out at Trump for re-imposing debilitating sanctions on the Iranian economy after the US president withdrew from the multilateral accord that saw Iran drastically reduce its nuclear programme.

Amid the recent escalation, Iran has threatened to stop complying with parts of the agreement, but the UN nuclear watchdog (IAEA) reported last week that Tehran's nuclear programme is still within the restrictions set by the pact.

On Sunday, Iranian President Hassan Rouhani called on Washington to return to the nuclear deal, dismissing Pompeo's call for negotiations.