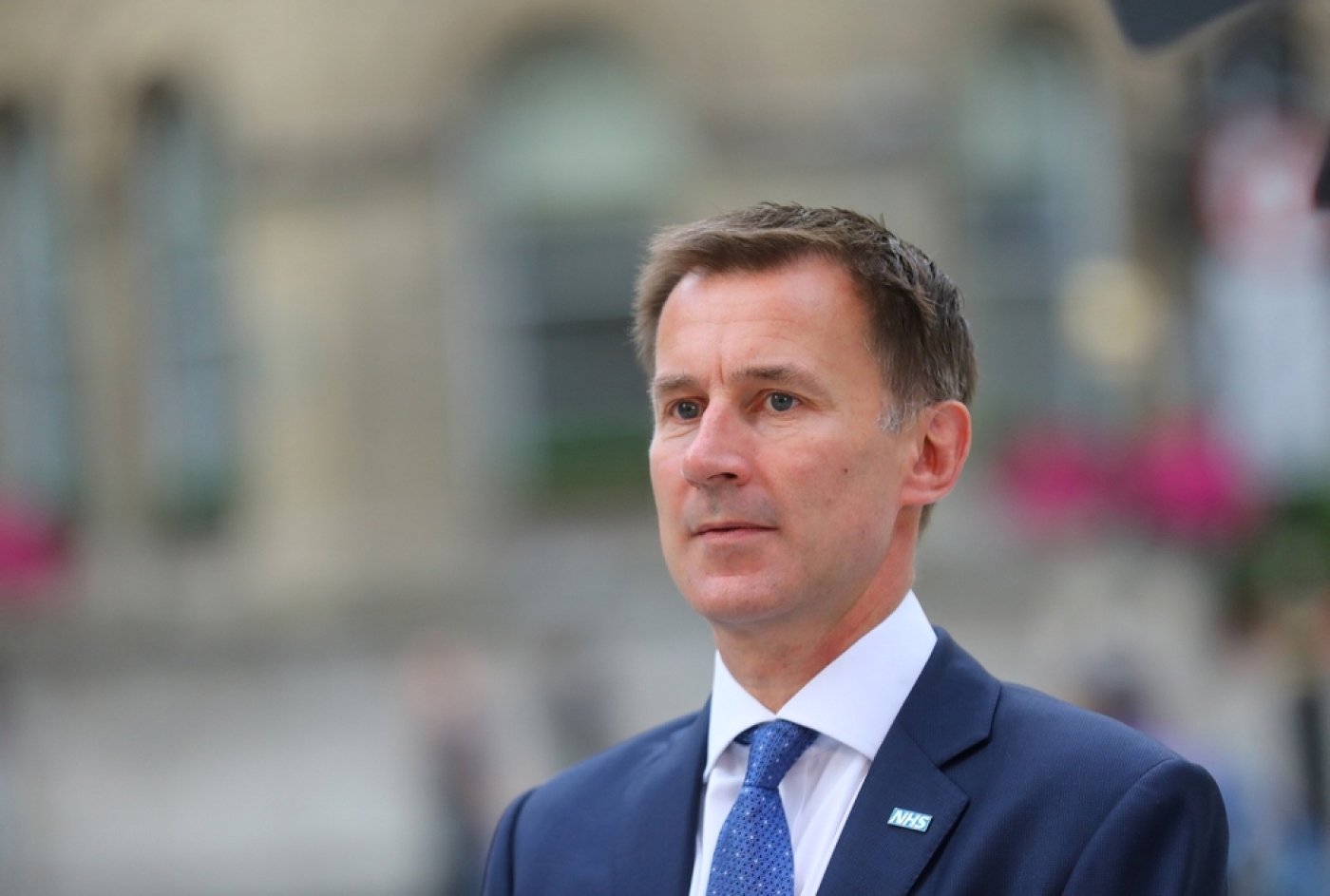 'We have done our own intelligence assessment and the phrase we used is almost certain,' Hunt told the BBC (Reuters)
By
MEE and agencies

British Foreign minister Jeremy Hunt said on Sunday that his country is "almost certain" Iran was behind attacks on oil tankers in the Gulf of Oman earlier this week, adding that London did not believe anyone else could have done it.

On Saturday, Iran summoned the British ambassador to Tehran after London blamed it for the attacks.

Asked whether Iran was behind the attacks on the tankers, Hunt told the BBC's Andrew Marr show: "We have done our own intelligence assessment and the phrase we used is almost certain... We don't believe anyone else could have done this." "We are urging all sides to de-escalate."

The two oil tankers crippled in the attacks are being assessed off the coast off the United Arab Emirates (UAE) before their cargos are unloaded, the ships' operators said on Sunday.

Damage assessment on Japan's Kokuka Courageous and preparation for ship-to-ship transfer of its methanol cargo would start after authorities in Sharjah, one of the UAE's seven emirates, complete security checks, Bernhard Schulte Shipmanagement said.

The attacks, which also hit the Norwegian tanker Front Altair, came after similar blasts in May struck four ships, including two Saudi oil tankers, off the UAE.

In a show of military strength, the Royal Saudi Air Force flew in joint formation with US F-15 fighter jets over the Gulf Arab region, Saudi state news agency SPA said on Sunday.

On Friday, the leader of Britain's main opposition party questioned whether the government had evidence to back up its accusations that Iran was behind the attacks and warned against escalating tensions.

"Without credible evidence about the tanker attacks, the government's rhetoric will only increase the threat of war," Labour leader Jeremy Corbyn wrote on Twitter.

Iran on Saturday summoned the British ambassador to Tehran after Hunt had earlier blamed it for the attacks.

"During the meeting with Iran's foreign ministry officials, Iran strongly condemned the unfounded allegations and criticised Britain's unacceptable stance regarding the attacks in the Gulf of Oman,"  the semi-official Students News Agency ISNA said, as quoted by the Reuters news agency.

The ambassador was asked for an explanation and correction after Britain was the only nation to echo US accusations, ISNA said.

Hunt had issued a statement on Friday blaming Iran and its Islamic Revolutionary Guard Corps for the 13 June attacks, saying no other state or non-state actor could have been responsible. Iran has denied any involvement.

The US accused Iran over the attacks on the two tankers heading out from Saudi and Emirati ports in the Gulf of Oman, but provided no concrete evidence to back up the assertion.

Saudi Crown Prince Mohammed bin Salman also accused Iran of being behind the attacks, adding that he "won't hesitate" to tackle any threats to the kingdom, according to excerpts of an interview published on Sunday. "The Iranian regime did not respect the presence of the Japanese prime minister as a guest in Tehran and responded to his efforts by attacking two tankers, one of which was Japanese," Prince Mohammed told pan-Arab daily Asharq al-Awsat.

"We do not want a war in the region... But we won't hesitate to deal with any threat to our people, our sovereignty, our territorial integrity and our vital interests," he added, as quoted by AFP.

Reuters reported that the crown prince also called on the international community to take a "decisive stand" towards the attacks on the tankers, which had sent crude prices soaring amid a tense standoff between Iran and the US.

The attacks have raised fears of a confrontation in the vital oil shipping route of the Strait of Hormuz at a time of increased tension between Iran and the US.