UK rights group CAGE said on Tuesday that the British government’s counter-terrorism strategy has “wrecked trust” between the Muslim community and police.

The accusation was made during a fiery session of the House of Commons Home Affairs Select Committee. CAGE had been called to give evidence to the committee as part of their inquiry into the government’s counter terrorism strategy.

CAGE director Dr Adnan Siddiqui said the government’s counter terrorism policy, known as Prevent, has “securitised” British society by forcing teachers and doctors to inform authorities about individuals at risk of being radicalised.

“Prevent has closed down debate about things we all need to discuss,” Siddiqui told the committee of MPs.

“We need less policing of language so people can explore ideas,” he added, saying that misguided understandings of certain concepts “cannot be corrected” if debate is shut down.

Critics of Prevent have cited the recent cancellation of a play about radicalisation in the UK as evidence that the government is shutting down debate around issues such as British citizens going to join the Islamic State group in Iraq and Syria.

Siddiqui claimed that Prevent is “shrouded in secrecy,” and called for more forums to be opened up to try and stop British citizens from joining Islamic State (IS).

Police have said that up to 700 people from the UK may have joined militant groups fighting in Syria’s civil war.

Siddiqui described an “urban wasteland” in the UK, which was encouraging young people to join gangs or go to fight with IS.

“We have to make sure [young people] don’t feel disenfranchised,” he said. “They must feel like they have a stake in society. They need to feel their voices are heard.”

Siddiqui said an effective counter terrorism-strategy must be more transparent and involve the expertise of public sector, social, and healthcare workers.

His testimony was backed up by Mohammed Umar Farooq, a student who does not work for CAGE but attended the session alongside Siddiqui.

It was revealed in September that Farooq had been wrongly accused of being a terrorist after he was spotted reading a book called “Terrorism Studies” as part of a degree at Staffordshire University.

Farooq said his life had been “ruined” by the false terrorism accusations, and said someone else in his position may have been radicalised by the experience.

The committee's chairperson, Labour MP Keith Vaz, said Farooq “could easily have gone the other way,” inviting Farooq to give further written evidence to the committee on what he views as the “tipping point” to radicalisation.

By the time Siddiqui came to outline his ideas on how to improve Prevent, most of the MPs had left the committee room in Westminster, after delegates spent the first 30 minutes of the session questioning Siddiqui and CAGE Press Officer Ibrahim Mohamoud on issues surrounding the group’s alleged support for extremism.

In February this year CAGE caused controversy when their research director Asim Qureshi revealed that Mohammed Emwazi, the IS executioner dubbed “Jihadi John,” had contacted him about alleged harassment by British security services.

Qureshi told a press conference that Emwazi was a “beautiful young man” before joining IS, in comments that shocked many, and led Prime Minister David Cameron to call CAGE "extremists".

The group has since admitted mistakes in their handling of the affair, but on Tuesday Labour MP Chuka Umunna said he believed no one at CAGE had been held to account.

Atkins also asked a series of questions relating to the Emwazi case and support for a caliphate, demanding yes or no answers from Siddiqui.

It was revealed last week that Emwazi was recently killed by a drone strike in Syria, described by Siddiqui as an “act of vengeance” by the British government.

Siddiqui made clear to MPs that he considers Emwazi a “war criminal,” but did not express support for his killing, saying it will make no difference in the war against IS.

MPs raised CAGE’s apparent support for a caliphate, after it was revealed last Friday that outreach director and former Guantanamo Bay detainee Moazzam Begg spoke at an event and called for Muslims to struggle for the establishment of an “Islamic State”.

In parliament Siddiqui rejected the notion of a “worldwide caliphate,” saying instead that he supports the idea of “some kind of United States of Islam, similar to the European Union”.

“We are saying that the Muslim world needs to make its own decisions politically and economically, without interference from the outside,” he said, adding that his idea of a caliphate is “absolutely not the same as IS”.

“IS is counter to everything we stand for. What they are doing is a total distortion of Islam.”

MPs also repeatedly asked Siddiqui to denounce last Friday’s IS-claimed attacks in Paris, in which at least 129 people were killed.

CAGE's director condemned the attacks several times and said: “No one can say they weren’t disgusted by what happened. There is no excuse for it.”

Despite this, he came under further fire from Conservative MP Tim Loughton, who wanted to know why CAGE did not issue an organisational statement condemning the attacks.

Siddiqui said CAGE focuses on victims of the war on terror, and argued they should not have to condemn a list of incidents prescribed by the government.

However Vaz, the committee chairperson, ended the session by saying it was “deeply misguided” that CAGE had not issued a statement about the attacks in France. 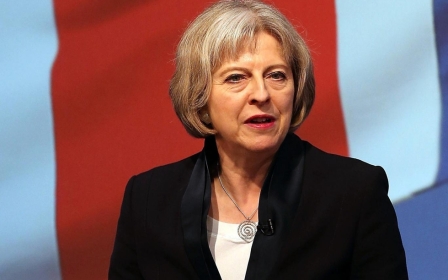