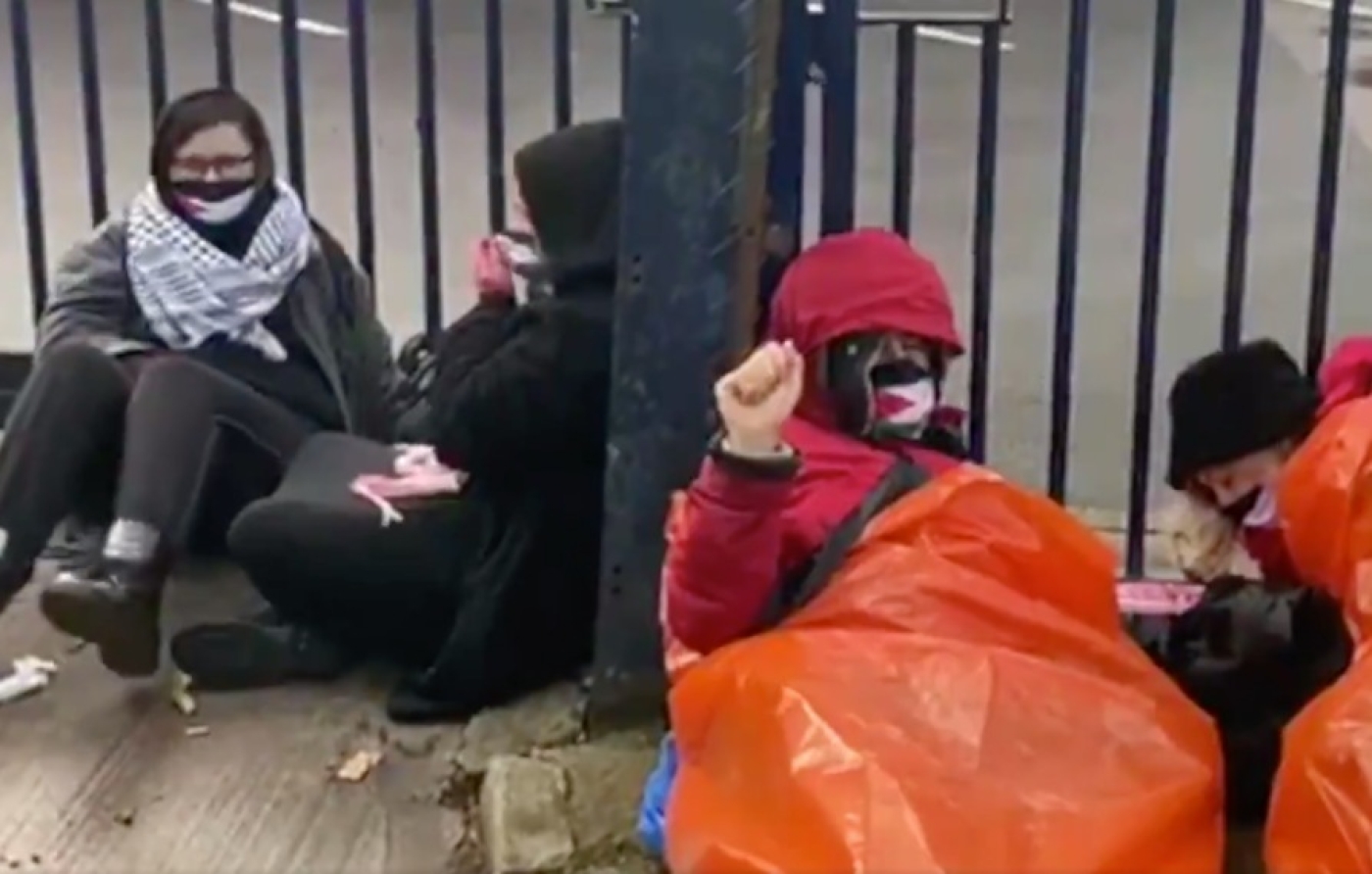 Pro-Palestine activists locked themselves to the gates of UAV Engines' Shenstone factory, where motors for Elbit Systems UK drones are built, on Monday (Screengrab)
By
MEE staff

Israel’s leading military drone maker has been targeted by pro-Palestine activists in the UK on the 103rd anniversary of the Balfour Declaration - which declared British support for a Jewish homeland in the Middle East - with three sites hit or shut down on Monday.

Elbit Systems UK, part of the military technology group that supplies the majority of drones to the Israeli army, is also a contractor to the UK government’s Maritime and Coastguard Agency, which has been trialling Elbit’s drones for mass-surveillance of the Brlockeitish coastline.

Dispossession & ethnic cleansing is not an event any country should ever celebrate: Balfour Day's a stain on British history #ShutElbitDown https://t.co/G7o04QGg2r

The 1917 Balfour Declaration is seen by Palestinians as a historic betrayal, in which the British empire backed the creation of a Jewish homeland in lands belonging to the majority indigenous Arab population.

Increasing numbers of migrants have attempted to cross the English Channel in small boats this year, with the UK Home Secretary Priti Patel touting a hard line against the migrants, many of whom are fleeing conflicts and human rights abuses in the Middle East.

The activists struck in the early hours, throwing jars of red paint against walls and smashing windows in Elbit Systems UK's Ferranti Technology site near Oldham in England's northwest, UAV Engines' Shenstone site in the Midlands, where motors for Elbit Systems UK drones are built, and another site in Tamworth, near Birmingham.

At Shenstone, several activists locked themselves to the factory gates, shutting it down. They were later arrested. Two legal observers were also pepper-sprayed by police and detained on suspicion of conspiracy, according to Palestine Action.

Elbit Systems UK has been targeted numerous times by Palestine Action since the solidarity group was launched this summer. In September, activists occupied the Shenstone factory for three days until the five protesters were arrested by police.

'The oppression of the Palestinians and the Kashmiri people, of migrants and refugees, does not happen in isolation. It happens because of the legacy of this country’s colonial past'

All were later released on bail and charged with criminal damage for the Shenstone occupation and are scheduled to face trial in May, Palestine Action spokesperson Huda Ammori told Middle East Eye.

The group has carried out several actions against Elbit Systems with the aim of shutting it down in the UK, attracting many activists to its cause, said Ammori.

“We are constantly growing and lots of people want to take direct action, and can see what we are doing," she said. "I feel like it’s brought people in and empowered people, when we are constantly hitting a brick wall [in terms of political complicity with Israeli occupation], especially in the UK.”

In a press statement, Palestine Action said the protests aimed “to symbolically decommemorate the 103-year anniversary of the fateful Balfour Declaration. This 67-word document presented by Arthur Balfour [then UK foreign secretary] in 1917 paved the way for the ethnic cleansing of Palestine and the violent dispossession of 750,000 Palestinians - more than half the indigenous population.

"The oppression of the Palestinians and the Kashmiri people, of migrants and refugees, does not happen in isolation. It happens because of the legacy of this country’s colonial past.

Activists #ShutElbitDown on the anniversary of the Balfour Declaration in Shenstone: legal observers pepper sprayed by police & arrested pic.twitter.com/PM2Gj0m7j2

“It will only end when people of the UK, and those in towns such as Tamworth, Oldham, Sandwich and Shenstone, or cities like London and Bristol, take the power into their own hands to shut down war profiteers and end the colonial legacy that haunts British history.”

If any of the protests come to trial, Palestine Action expects that Elbit Systems UK would have to provide disclosure of documents that would detail the use of drones in occupied territories against civilians, and might see potential war crimes described in court

"Our defence is prevention of crime, and that war crimes have been committed using Elbit technology,” said Ammori. 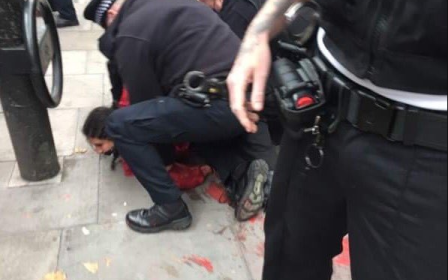 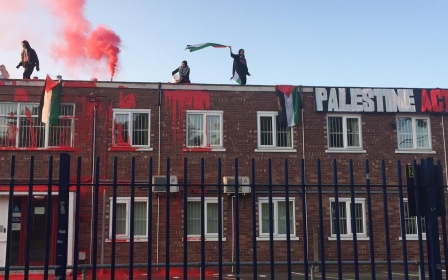 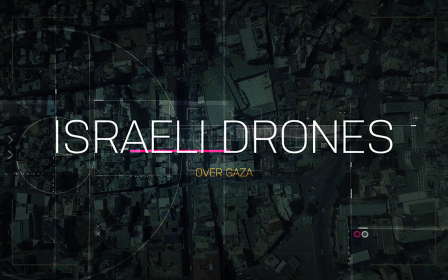