British military operating in scores of locations across Middle East

UK forces have 23 bases and personnel in Saudi Arabia, Iraq, Jordan, Gulf states and the US embassy in Jerusalem 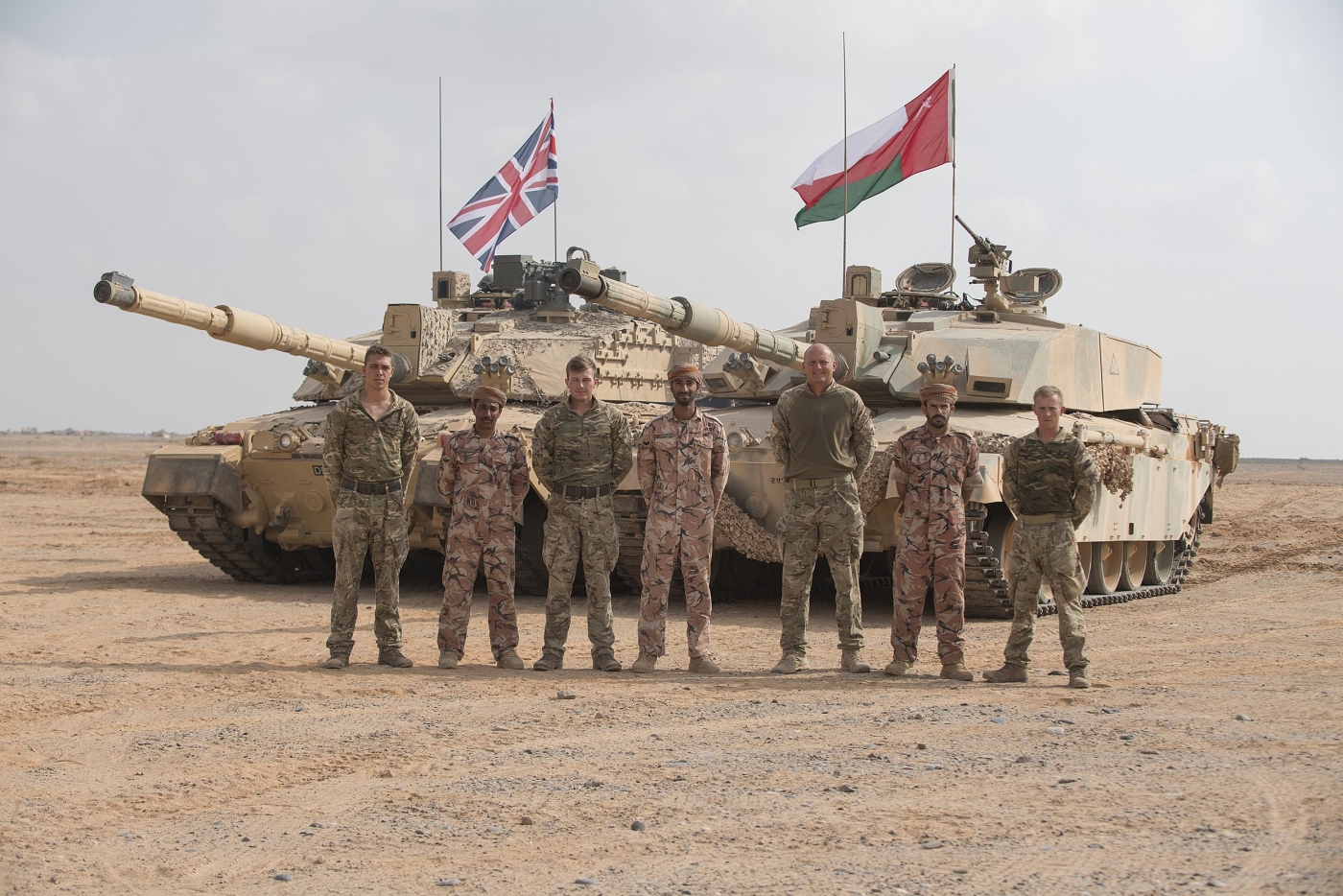 The UK government is maintaining a military presence at scores of facilities across the Middle East, according to research conducted by a London-based investigative journalism outlet.

There are British forces personnel serving at 15 locations in Saudi Arabia and 16 in Oman, according to a report published by Declassified, which investigates UK foreign policy and military activities.

The UK is operating 23 military bases across the region, including Cyprus, and makes use of 41 others, the report says.

They range in size from a newly-constructed naval base in Bahrain to a two-man detachment at the US embassy in Jerusalem. The two soldiers are understood to assist the work of Mark Schwartz, the US security coordinator for Israel and the Palestinian Authority, who uses the embassy as his headquarters.

They are based there despite international opposition to the US government's decision to move its embassy to Jerusalem.

The UK government says they provide assistance “in addition to their full-time duties in the West Bank”, and that there is no British financial assistance to the security coordinator's work.

Elsewhere around the world, Declassified reports, the UK has a military presence at more than 140 bases in 42 countries.

His announcement was made shortly after a bitter power struggle among his closest advisors resulted in a number of them walking out of government. It was also made several months before the conclusion of a lengthy review of the UK’s future defence and foreign policy strategy.

Commentators observed that Johnson’s pledge to direct billions more towards the UK military contained little detail of how the money would be spent.

It seems certain, however, that the increase will result in the UK military having an even greater global presence than that discovered by Declassified. 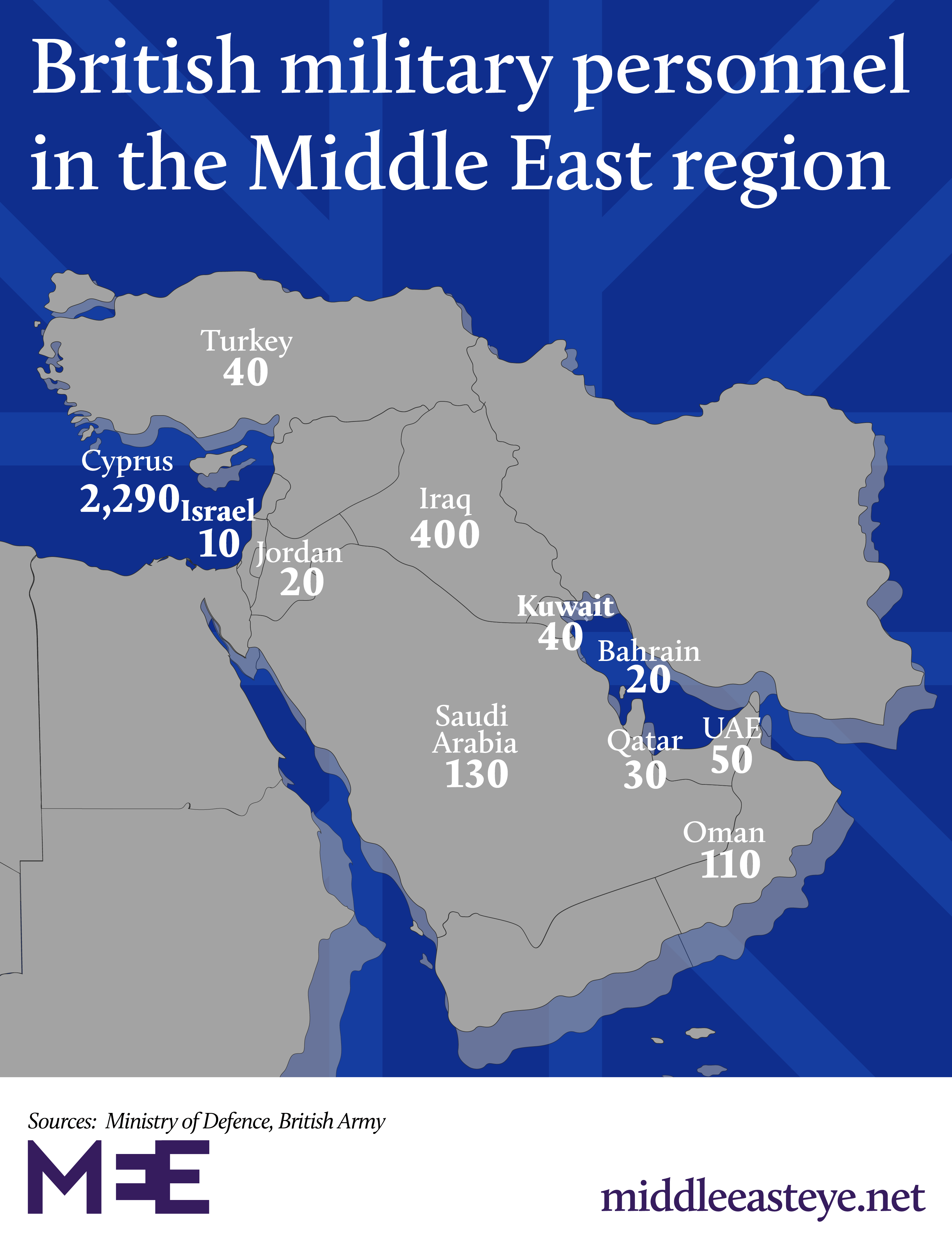 The outlet says it scoured records of UK parliamentary debates and statements and other open-source data and then followed up with requests made under the country’s Freedom of Information Act to clarify details of military deployments.

It is understood to be the first time that all the locations have been identified and made public.

Declassified reports that it has found that UK military personnel are installed at 15 key sites in Saudi Arabia.

In the capital, Riyadh, British armed forces are spread out over half a dozen locations, including the Air Operations Centre, where UK Royal Air Force officers observe and probably assist with Saudi-led coalition air operations over Yemen.

The UK government is accused of continuing to supply military equipment to Saudi Arabia for use in Yemen, despite an order by the Court of Appeal in London that was intended to restrict such sales.

The court issued the order amid concerns that the Saudi-led coalition has been responsible for the deaths of more than 8,000 civilians since 2015.

There are also British forces personnel in Qatar, the United Arab Emirates, Jordan, Kuwait and Iraq. The RAF makes use of Al Minhad air base in Dubai and Al Udeid air base in Qatar.

The RAF and the Qatar Emiri Air Force operate a joint squadron of Typhoon combat aircraft, based at an RAF base in Lincolnshire in the east of England. It is half funded by the Gulf state, but the UK government will not make public the number of Qatari military personnel based there.

The research also identified 17 separate military installations on Cyprus, and a British military presence at Djibouti.

The outlet says that RAF transport aircraft based on Cyprus may be resupplying UK special forces in Syria, although the exact location of those forces remains unknown.

In Oman, British forces include those deployed to a naval base, a tank training range and scores of troops said to be “on loan” to the country’s armed forces.

It reports that there is a British military presence in six European countries, including Estonia and the Czech Republic, as well as Kenya, Belize and Canada.