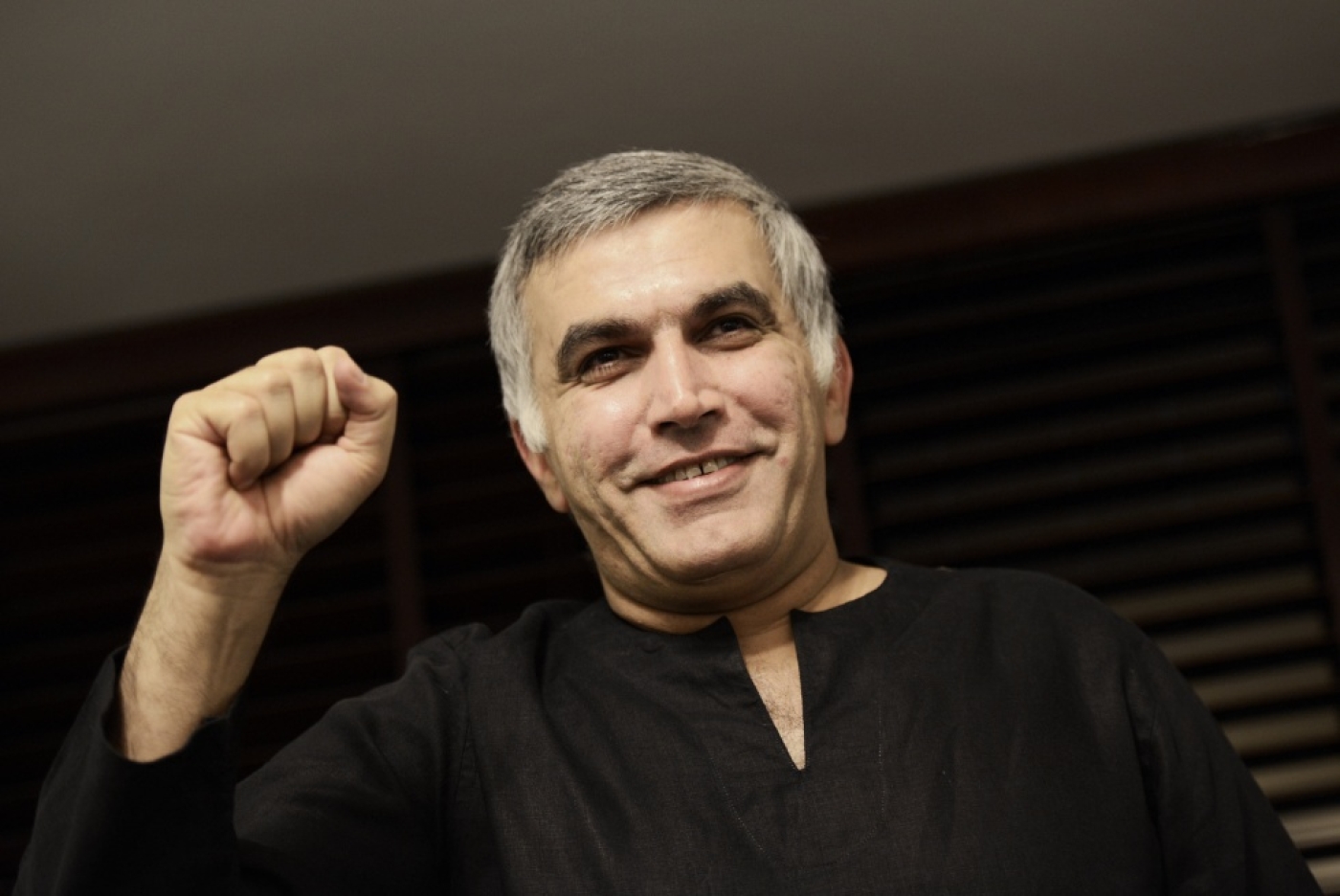 The United Kingdom’s Foreign and Commonwealth Office has refused to comment on the arrest of leading Bahraini human rights activist Nabeel Rajab.

“We do not have a line on this,” a spokesperson told MEE by phone on Friday. “So at the moment it is no comment.”

The Ministry of Interior in Bahrain said Rajab had been arrested on Thursday for posts to social media that “could incite others and disrupt civil peace”.

Rajab told his 261,000 Twitter followers that 20 police cars had surrounded his home and in a video posted to YouTube said he was being arrested for tweets alleging torture at Bahrain’s notorious Jaw Prison.

Rajab, who co-founded the Bahrain Centre for Human Rights and has served several prison sentences in relation to his activism, has recently tweeted on numerous occasions about allegations that prisoners have been tortured at Jaw.

I visited a young man who was just released from prison - the pictures will tell you how they were treated #Bahrain pic.twitter.com/IHXZXIkyh4

The UK has been criticised for putting its close relationship with Bahrain’s al-Khalifa rulers above concerns of human rights abuses in the Persian Gulf kingdom, including by Rajab himself.

“Bahrain is buying Britain’s silence with arms sales,” he wrote in August last year, shortly after having been released from prison after serving a two-year sentence for taking part in “illegal demonstrations”.

“In 2013, King Hamad personally visited Prime Minister [David] Cameron in Downing Street to discuss the sale of war jets to Bahrain. This is a country [the UK] which professes a commitment to democratisation, yet the message is clear: business interests are more valuable to Bahrain’s western allies than democracy and human rights.”

In December last year the UK announced plans to build a new £15mn ($22.2mn) naval base in Bahrain, prompting criticism from commentators that London was tacitly giving its approval to a crackdown against pro-democracy activists in Manama.

“The agreement will identify Britain as an old colonial power strongly supporting the Sunni monarch in Bahrain that mercilessly crushed demands for democracy and civil rights form the island’s Shia majority during the Arab Spring in 2011,” wrote The Independent’s Patrick Cockburn.

Construction of the naval base will be largely paid for by Bahrain, with the UK only responsible for its ongoing costs.

In January UK Foreign Secretary Philip Hammond lavished praise on Bahraini authorities for having improved its human rights record, despite persistent reports from human rights groups that torture has been regularly taking place in the prison system.

Hammond said Bahrain is “a country which is travelling in the right direction. It is making significant reform.” Shortly after the minister's comments Rajab was sentenced to six months in prison for an “insulting” tweet that accused Bahraini security forces of inspiring their officers to join the Islamic State group in Iraq and Syria.

Bahraini activists have repeatedly called on the UK to change their policy toward Bahrain and on Friday reiterated their plea.

“It’s past time that the UK government held up its hands and admitted that Bahrain has broken promises of reform,” said Sayed Ahmed Alwadaei, director of advocacy at the London-based Bahrain Institute for Rights and Democracy.

“The UK’s approach has bought nothing but more time for a government [in Bahrain] that is still using unthinkable methods of repression to crack down on its people.”

Rajab remains in prison and will appear in front of the public prosecutor in the coming days.