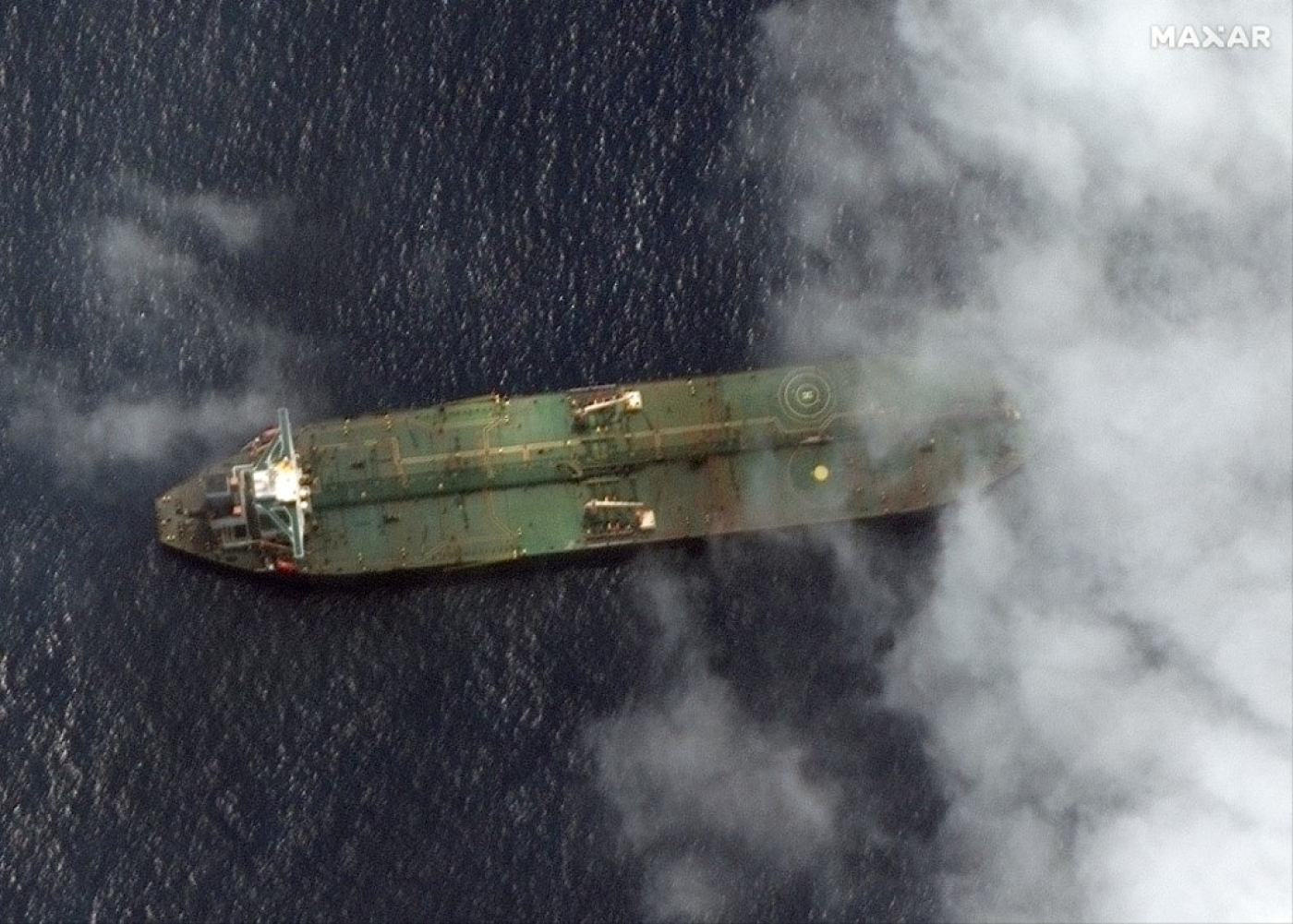 Britain accused Iran on Tuesday of breaching its assurances that a supertanker detained in Gibraltar for five weeks this summer would not transport oil to Syria, and summoned the Iranian ambassador to protest.

"It is now clear that Iran has breached these assurances and that the oil has been transferred to Syria and [President Bashar al-Assad's] murderous regime," the Foreign Office said.

It said Britain would raise the issue at the United Nations, with Foreign Secretary Dominic Raab warning that it was part of a "pattern of behaviour... designed to disrupt regional security".

"We want Iran to come in from the cold but the only way to do that is to keep its word and comply with the rules-based international system," he said.

Raab's comments come a day after Iranian officials said on Sunday that the Adrian Darya I supertanker had unloaded its oil with satellite images released on the same day showing the vessel just outside of the Syrian port of Tartus.

Middle East Eye reported on Friday that the supertanker had offloaded to a port in the country, with one source saying that 55 percent of the ship's 2.1 million barrels of oil unloaded by 10.15pm local time on 5 September.

The Guardian reported on Monday that British officials were relatively certain from intelligence reports that the oil had been offloaded to smaller boats.

However, shipping monitor Tanker Trackers which has been closely watching the situation has reported that satellite imagery of the Adrian Darya I continues to show that the vessel is fully laden with its cargo.

Confirmed just now via @planetlabs true color satellite imagery: The #AdrianDarya1 is still fully laden with oil. No delivery/discharge whatsoever. It'll take an STS with a Suezmax to do so, and there's nothing vacant within immediate proximity other than SANDRO further north. pic.twitter.com/vWtLq8Ttz0

The vessel, originally called Grace I and flying a Panamanian flag, set off from the Gulf in April and sailed around the Cape of Good Hope before Gibraltar security forces, aided by British Royal Marines, intercepted it off the coast of the British overseas territory on 4 July.

The supertanker was suspected of shipping its 2.1 million barrels of oil to Syria in breach of European Union sanctions.

Iran called the seizure an act of "piracy". In mid-August, a Gibraltar court ordered the vessel's release against US objections, after authorities said they had received assurances from Iran that the ship would not proceed to Syria.

The US then issued a warrant for the ship to be seized, naming it among a network of tankers which it said were being used by Iran's Revolutionary Guards to transport oil to Syria.

As the vessel made its way eastwards in the Mediterranean, Brian Hook, the US special representative for Iran, offered several million dollars in a series of emails to the Indian captain of the tanker if he would pilot the vessel to a port where the US could impound it, the Financial Times reported.

On Friday, US national security adviser John Bolton, posting a photo of the Adrian Darya nearing the port of Tartous, said anyone who had said the vessel wasn't headed to Syria was "in denial".

Anyone who said the Adrian Darya-1 wasn’t headed to #Syria is in denial. Tehran thinks it’s more important to fund the murderous Assad regime than provide for its own people. We can talk, but #Iran’s not getting any sanctions relief until it stops lying and spreading terror! pic.twitter.com/saar05T8wt

In its statement, the Foreign Office said that Iran had repeatedly given assurances to the government of Gibraltar that the tanker would not deliver oil to any EU-sanctioned entity in Syria or elsewhere.

"Iran's actions represent an unacceptable violation of international norms and the UK will raise the issue at the United Nations later this month," the statement said.