Congress members gathered to honour Khashoggi; here's what they said

At event in Washington, members of Congress vow to keep pushing for justice for slain journalist 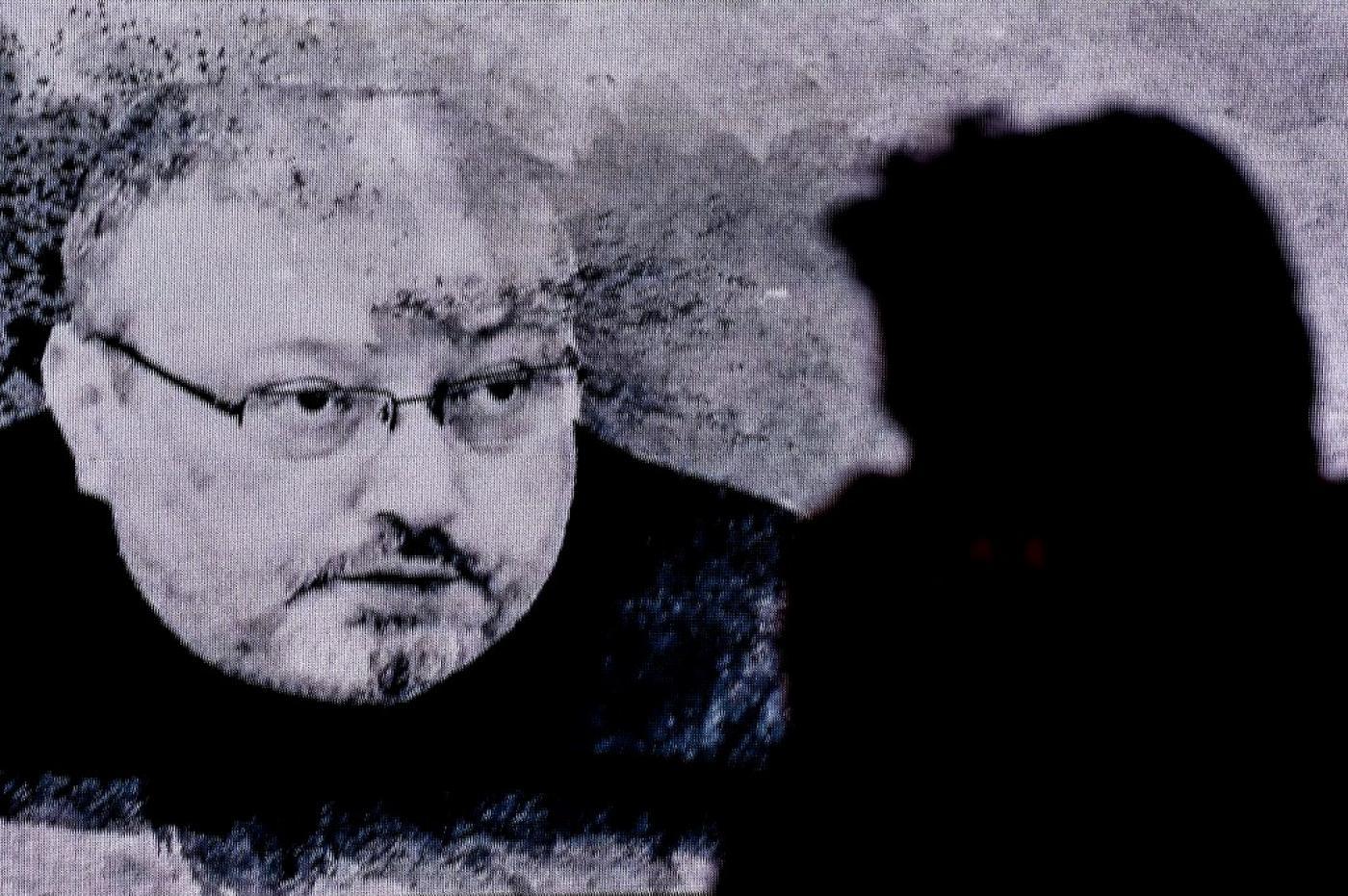 Almost a year ago, Jamal Khashoggi's fiancee waited for hours outside the Saudi consulate in Istanbul, not knowing that he would never emerge from the building.

Saudi government agents had murdered and dismembered the Washington Post columnist who lived in the United States. The killing on 2 October caused global outrage and shook the core of US-Saudi relations.

On Thursday, US members of Congress joined human rights advocates and Saudi activists on Capitol Hill to commemorate the slain journalist.

It was a familiar event, one of many held over the past year to demand accountability for the murder.

At the event organised by Project on Middle East Democracy (POMED), Amnesty International and other advocacy groups, several lawmakers said they will not cease in their quest for seeking justice for the late journalist.

Here are some of the statements they made:

Senator Chris Van Hollen, a Democrat and an outspoken critic of the Saudi government, said Trump is "complicit" in the cover-up of the Khashoggi murder.

Van Hollen vowed not to forget or rest until justice for Khashoggi is achieved.

"The failure to hold the crown prince accountable sends a terrible signal to people throughout the world and puts at risk other journalists - other critics - within Saudi Arabia and the journalists and critics of authoritarian regimes around the world. If you can be an American resident and a well-known journalist and this can happen to you, and no one is held accountable, that sends a dangerous message around the world."

Kaine says 'not letting this go'

Senator Tim Kaine, a Democrat from Virginia where Khashoggi lived before his murder, said he had sent a request to the FBI in July to investigate the killing.

"This is not just a Saudi atrocity; it's an American atrocity, especially if we allow it to go unpunished," Kaine said, before reading aloud a short, vague response he had received from the FBI.

Kaine went on to renew his call for a US investigation, urging "vigorous and public" action to demand an FBI probe.

"We're not letting this go, and I would encourage you not to let it go… Again, I call on Director Chris Wray and the FBI: Demonstrate that you are an independent law enforcement agency, that you're not under somebody's thumb."

Congressman Gerry Connolly, a Virginia Democrat whose district included Khashoggi's home, said the journalist only wanted "relatively moderate reforms" for the country that he loved.

Connolly said members of Congress "will not stop" demanding accountability from the Saudi government, no matter how high up it goes.

Menendez says murder was assault on US values

Bob Menendez, the top Democrat on the Senate Committee on Foreign Relations, said Khashoggi's murder did not only spur outrage amongst Americans against Riyadh, but also caused them to become "disappointed and dissillusioned" with their own government.

Menendez, who has led efforts to block arms sales to Saudi Arabia, added that the strategic relations with Saudi Arabia began to sour with Riyadh's brutal war in Yemen and its "effective kidnapping of the Lebanese prime minister".

"The murder of Jamal Khashoggi will be rememebered as the straw that broke the camel's back. The Saudis should have known that brazenly murdering an American resident and journalist would trigger a fundamental examination of the US relationship with Saudi Arabia. The refusal of President Trump to hold those responsible for Khashoggi's death accountable, including Saudi Crown Prince Mohammed bin Salman, has turned this crime into an assault on fundamental American values - like freedom of the press, democracy and the rule of law."

Malinowski says killing was affront to US

Representative Tom Malinowski, a Democrat who has become a leading voice in Congress on human rights in the Middle East, said lawmakers and activists will continue to come together until Saudi Arabia is held accountable for the murder.

Malinowski introduced a bill that would require the US spy chief to conduct an investigation and inform Congress of the identities of Khashoggi's killers, which passed with overwhelming bipartisan support in the House of Representatives in July.

Malinowski said the idea that Saudi Arabia killed a person in the protection of the United States should be unacceptable to every single American.

"This was not just an awful, horrific crime committed against one man - albeit a man who was known and cared for by many people in this room. This was an affront to the United States of America. It was an attack on freedom of expression. It was an assault on the idea that if a dissident finds safe exile in a third country they should be in fact safe from extraterritorial killings."

Democratic Senator Chris Murphy, one of the leading lawmakers trying to halt US assistance for Saudi Arabia's war efforts in Yemen, said Riyadh has been engaged in conduct that contradicts US values and undermines US interests.

Murphy noted that Saudi officials kept insisting - for more than two weeks - that Khashoggi left the consulate in Istanbul alive, before acknowledging that the journalist had been killed.

"Our allies, people that we do business with every single day were looking us in the eye and lying to us. If that alone doesn't make us question the sincerity of the Saudi desire to be a true, equal and forthright partner with the United States, I don't know what will."

Congressman Steve Chabot, the co-chair of the Freedom of the Press Caucus, was the sole Republican attending Thursday's event.

Chabot paid homage to Khashoggi and emphasised the importance of press freedom without delving into politics or criticising Trump for his handling of the crisis.

"I never had the pleasure to meet Jamal. But I know that he was an independent voice who tirelessly urged greater openness and reform, no matter the cost. And as we now know, it ultimately cost him his very life."