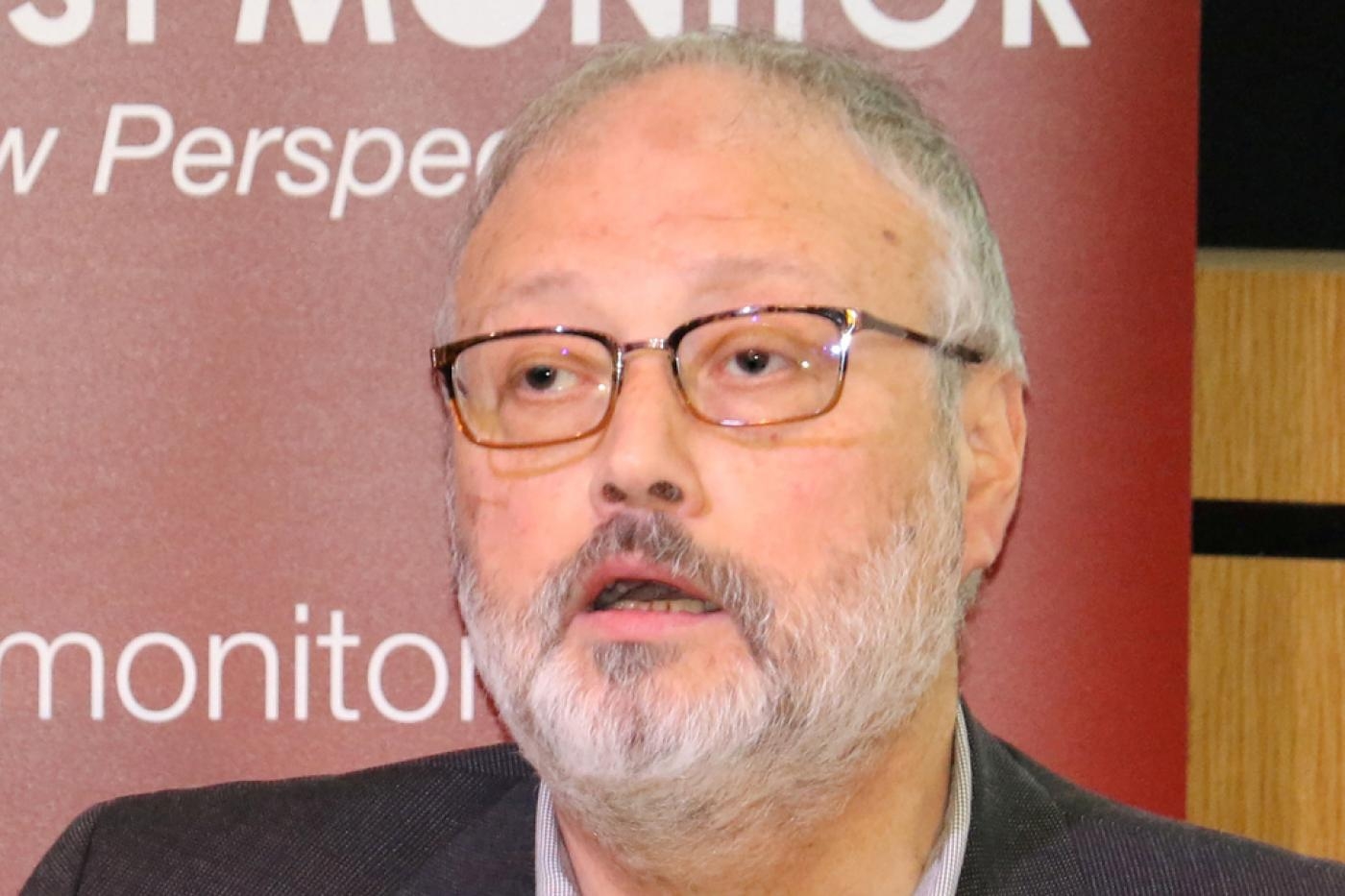 Five Democratic senators have introduced a bill to push President Donald Trump to produce a public report on the murder of Saudi journalist Jamal Khashoggi.

"Such report shall include identification of those who carried out, participated in, ordered, or were otherwise complicit in or responsible for the death of Jamal Khashoggi," the bill, introduced on Tuesday, says.

The proposed legislation comes weeks after the Trump administration missed a deadline for releasing findings identifying who was behind the murder.

Late last year, Senate leaders invoked the Global Magnitsky Act in the Khashoggi case, requiring the administration to present a report to lawmakers on the murder within 120 days - a period that expired on 8 February.

"The Saudi government brazenly murdered a Washington Post journalist, and this administration refuses to even tell the American people who is responsible for giving the order," Senator Ron Wyden, one of the co-sponsors of the bill, said in a statement on Tuesday.

"This bill says the Trump administration can’t get away with burying the facts about Jamal Khashoggi."

Khashoggi, a Washington Post columnist who was critical of the royal family, was killed by Saudi government agents at the country's consulate in Istanbul on 2 October.

In December, the Senate unanimously passed a resolution stating that it believes that Crown Prince Mohammed bin Salman is responsible for the assassination. The CIA concluded that the crown prince was behind the murder.

Still, Trump has been adamant in standing by his Saudi allies, namely bin Salman, as Saudi officials repeatedly denied the crown prince's involvement in the murder.

On Tuesday, Senator Martin Heinrich called the killing of Khashoggi a "state-sponsored, cold blooded murder within a diplomatic consulate".

For her part, Kamala Harris, a Democratic Senator running for president, said the murder "represented an attack on journalists everywhere".

"Unfortunately, the White House has not provided clear answers about what happened or who in the Saudi government might bear responsibility for the attack," Harris said in a statement.

"We must always defend the rights of a free and independent press both at home and abroad, which is why I’m standing with my colleagues to demand a public report on this incident."

The administration has said that it continues to brief lawmakers on the ongoing investigation and points to the sanctions it has imposed on the bin Salman aides suspected of involvement in the crime.

But critics who believe the crown prince was personally involved in the plot say the sanctions do not go far enough.

Riyadh says it has charged 11 people for the murder, seeking the death penalty for five of them. The names of the suspects have not been released.

US lawmakers, particularly Trump's Democratic rivals, have been calling on the administration to ensure accountability for the murder.

Earlier this month, ranking Democratic senator Bob Menendez sent a letter to Secretary of State Mike Pompeo demanding the release of all records relating to the assassination, including any possible findings on the involvement of bin Salman.