Vermont senator says it is an 'honour' to receive the backing of Emgage PAC, the country's biggest Muslim political action committee 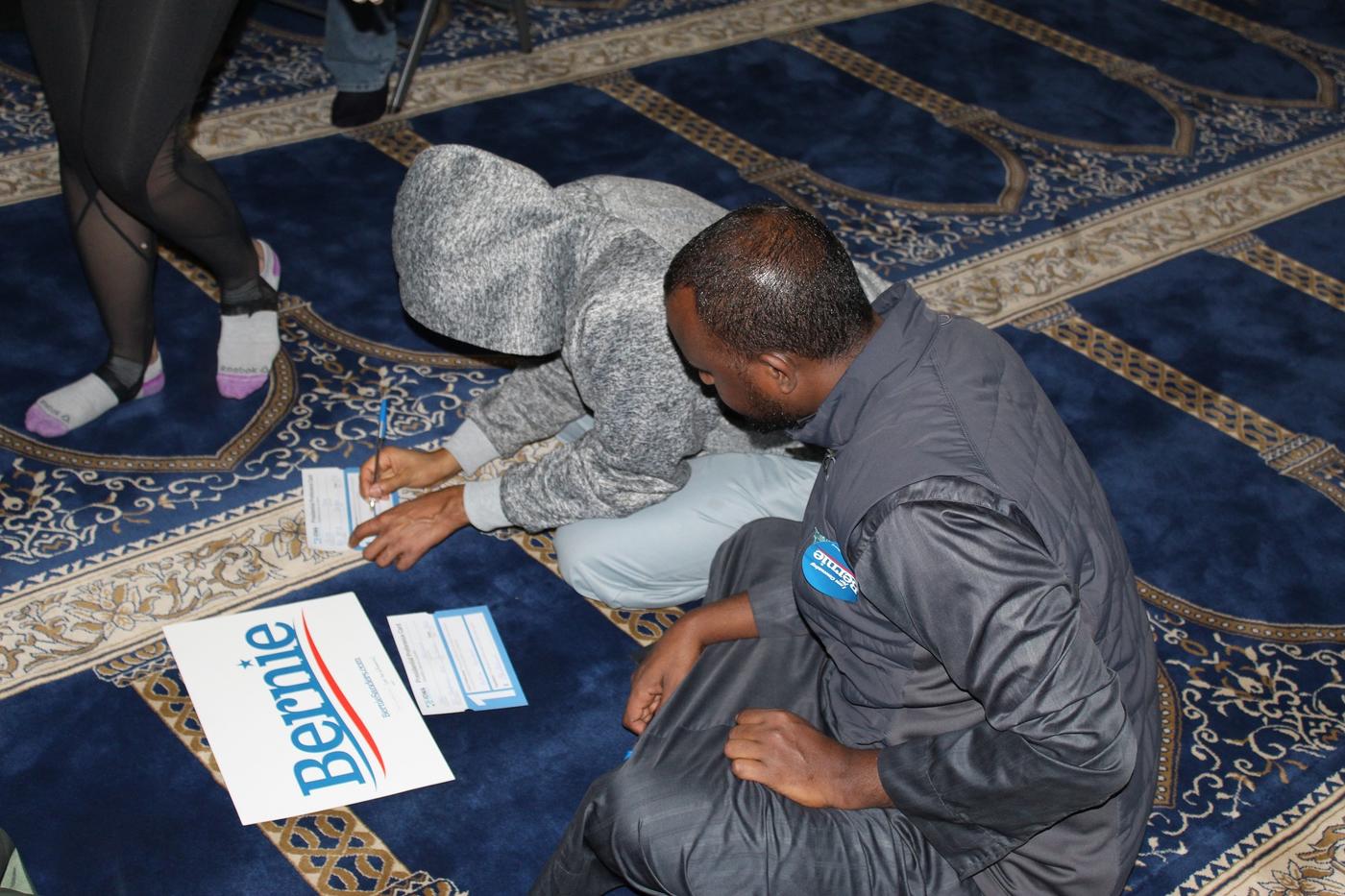 The biggest Muslim political action committee in the US endorsed Bernie Sanders in the race for the White House, solidifying support that the Vermont senator is receiving from Muslim and Arab advocates across the country.

Wa'el Alzayat, the CEO of Emgage PAC, told Middle East Eye that the group sees Sanders as "someone who has genuinely engaged Muslim-American voters and articulated a vision for America where everyone is treated equally under the law".

Thursday's endorsement comes ahead of a series of primaries where the Muslim vote may prove decisive in a crowded race for the Democratic nomination.

'While Donald Trump has demonised our Muslim communities, our movement is working to bring Muslims and people of all backgrounds into the political system'

Founded in 2006, Emgage has three separate organisations that encourage Muslim-American political participation, advocate for the community's issues and back candidates for office at various levels.

Sanders was quick to welcome the group's endorsement, calling it an "honour".

"While Donald Trump has demonised our Muslim communities, our movement is working to bring Muslims and people of all backgrounds into the political system," Sanders said.

'The Muslim vote can make a difference'

While they remain a small minority, Arabs and Muslims across the United States can play an impactful role in the elections. In states that include Michigan, Florida, Virginia and Wisconsin, their sizable communities can end up deciding the election in a close race.

That's why Sanders and other candidates have been engaging Muslims in targeted outreach efforts.

Alzayat said several candidates, including former Vice President Joe Biden and Senator Elizebeth Warren, have reached out to the Muslim community through Emgage and other groups.

"But Senator Sanders had just done a much more extensive outreach and more inclusion of Muslim Americans, and really a diverse set of Americans as part of his organising campaign," he added. Earlier this year, Sanders received the backing of another Muslim-American advocacy group, the Muslim Caucus of America.

That endorsement came ahead of the Iowa caucuses last month, where the senator enjoyed overwhelming support from the Muslim-American community.

At two mosques serving as caucus sites in Des Moines, Sanders received almost all the votes.

"Right now, we need some change. We need a leader who can unite us, who can bring us all together, who can help us out," Shukran Sultan, a 30-year-old voter at the Muslim Community Organization in Iowa told MEE after caucusing for Sanders.

There has been an uptick in hate crimes, particularly against Muslims, since Donald Trump took office early in 2017. The US president, who imposed a travel ban on some Muslim-majority countries, has been accused of fanning the flames of Islamophobia.

Alzayat said Muslim-Americans have been motivated – not discouraged – to become more politically active by the challenges of bigotry.

"Data will show that civic and political engagement has only increased since 2016, with more people running for office, working on campaigns and getting into civic work," he said. "The response has been clear."