US House rebukes Trump for racist remarks against Tlaib, Omar and others 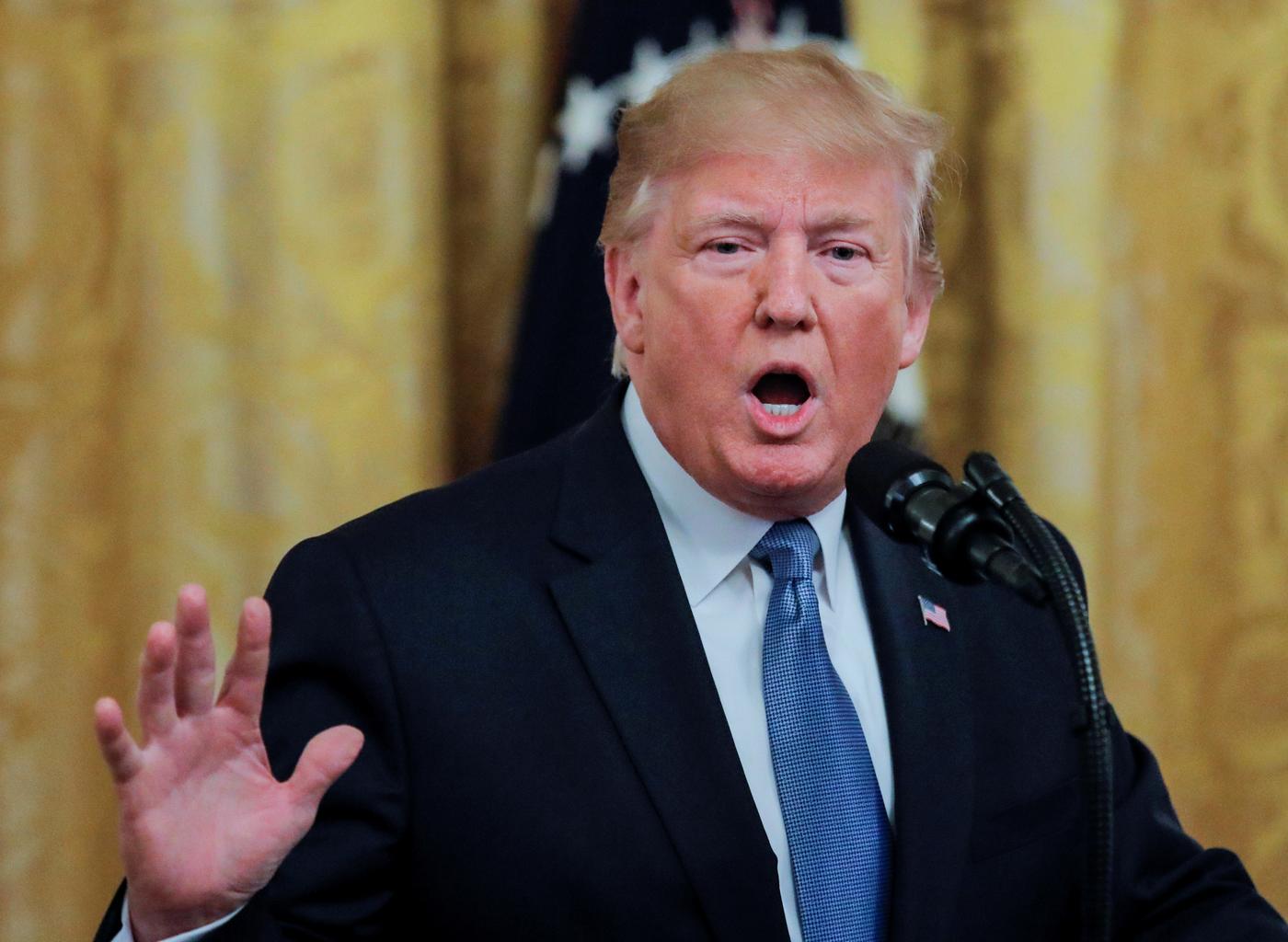 The Democratic-controlled US House of Representatives has passed a symbolic resolution denouncing Donald Trump's racist attacks against progressive women of colour in Congress, including Rashida Tlaib and Ilhan Omar.

In 240-187 vote largely along party lines on Tuesday, the legislative chamber rebuked the president's "racist comments", which it said "legitimised fear of new Americans and people of colour".

The resolution came as the president continued to defend tweets he posted on Sunday in which he told four Democratic congresswomen to "go back" to the "crime infested" places they came from.

While Trump did not name the lawmakers directly, his comments targeted four progressive representatives: Tlaib of Michigan, Omar of Minnesota, Alexandria Ocasio-Cortez of New York and Ayanna Pressley of Massachusetts.

The remarks - levelled against US citizens, three of whom were born in the United States - echoed a white supremacist trope that considers people of colour un-American.

In a strongly-worded speech, House Speaker Nancy Pelosi urged US lawmakers to adopt the resolution on Tuesday, calling the president's remarks "disgraceful and disgusting". 'If he shouted it at a Muslim woman in Wal-Mart he'd be arrested': Trump slammed over racist rant
Read More »

"Every single member of this institution - Democratic and Republican - should join us in condemning the president's racist tweets," said Pelosi, who was earlier criticised for failing to defend the members of her party.

"To do anything less would be a shocking rejection of our values and a shameful abdication of our oath of office to protect the American people."

For his part, Trump denounced the resolution, calling on his Republican Party to reject it ahead of the vote.

"Those Tweets were NOT Racist," he wrote on Twitter.

"I don't have a Racist bone in my body! The so-called vote to be taken is a Democrat con game. Republicans should not show 'weakness' and fall into their trap."

Trump not backing down

Despite the backlash against the tweets, Trump and his supporters have refused to back down. At a news conference on Monday, Trump falsely accused Omar, who was born in Somalia, of supporting al-Qaeda.

Over the past 48 hours, he has repeatedly invoked Israel to defend his remarks, accusing the congresswoman of antisemitism.

Both Omar and Tlaib, who is of Palestinian descent, have faced political backlash over their criticism of Israel's policies against Palestinians.

"His willingness to offend American tradition and sensibilities to rile his base is unacceptable and this resolution says so," Cohen said in a statement.

"People need to understand that the President has crossed a red line in his chaotic commentary."

Congresswoman Debbie Dingell, a Michigan Democrat whose district includes large Arab and Muslim communities, welcomed the passage of the resolution, condemning Trump for using "hatred and fear" to divide Americans.

"Throughout the course of our country’s history, language that is xenophobic, racist, sexist, intolerant, prejudiced, or discriminatory has divided and pitted us against each other," Dingell said in a statement.

"In my own community of Dearborn, friends and neighbours face this everyday just because of their religion."

Other Democrats warned that the president may be using the controversy as a distraction from the actual issues at hand, including the abuse of immigrants at the southern border and efforts to take away healthcare subsidies and regulations.

"Just because they are racists doesn't mean they aren't trying to take away your health care," Senator Brian Schatz wrote on Twitter. Trump
'If he shouted it at a Muslim woman in Wal-Mart he'd be arrested': Trump slammed over racist rant