US lawmakers fall in line behind Saudi-led war in Yemen 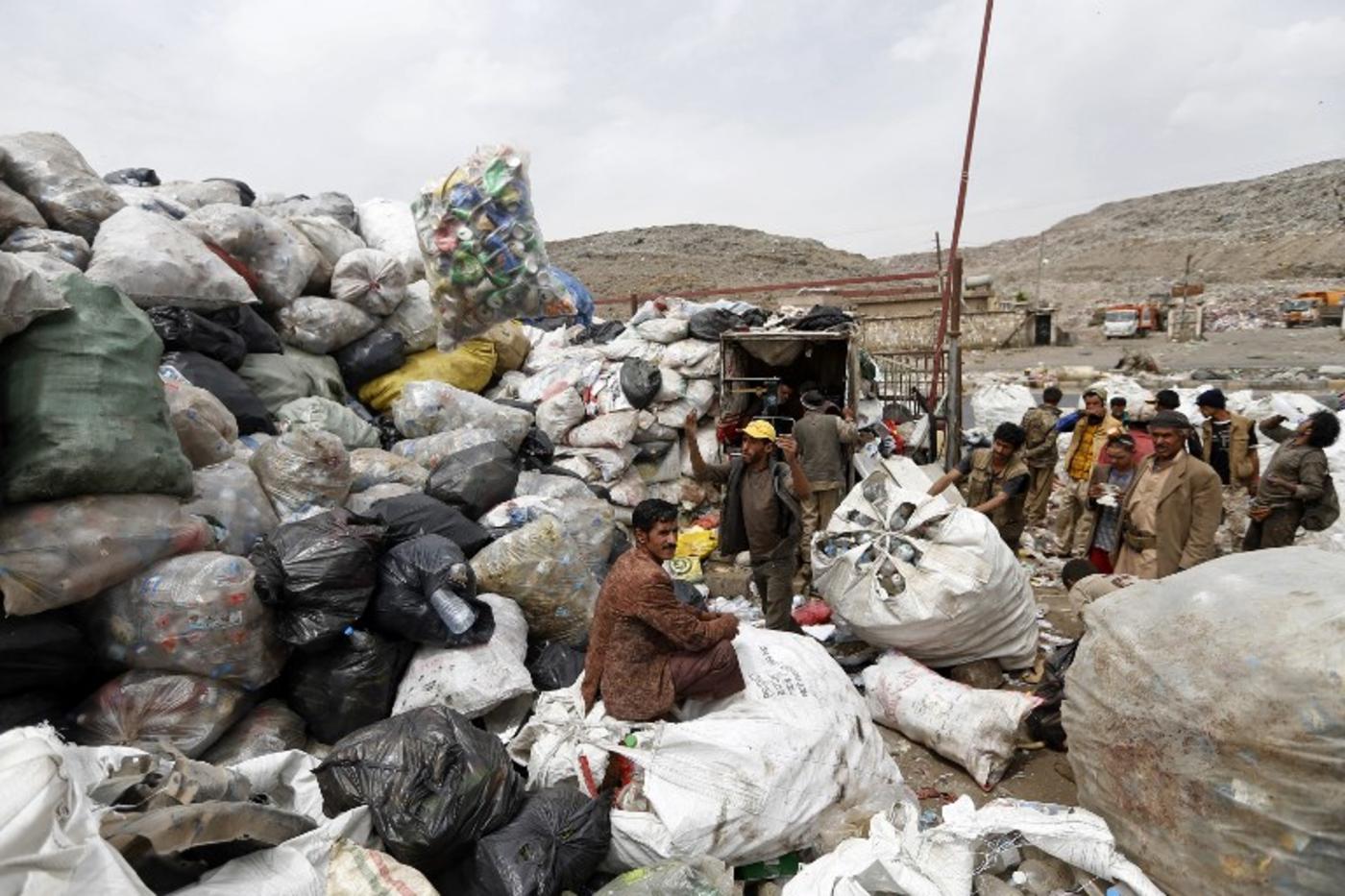 The conflict in Yemen claimed more than 10,000 lives, sparked a virulent cholera outbreak and forced two million people to flee their homes (AFP)
By
James Reinl

NEW YORK, United States – US lawmakers have overwhelmingly passed a bill that denounces the killing of civilians in Yemen’s war, though language in an earlier version about cutting military support to the Saudi-led coalition was scrapped.

The latest version of the bill, which was adopted in a 366-to-30 vote late on Monday, laid out the House of Representative’s position on Riyadh’s fight against Iran-backed Houthis, denouncing the rebels' role in “destabilising Yemen and the region”.

A spirited debate over the measure shone spotlights on whether the US should continue backing a campaign that hurts civilians, and whether the White House can bypass lawmakers and direct wars without their approval.

“This resolution will send a strong and needed message to all involved in this conflict that is causing so much human suffering,” Ed Royce, the California Republican who chairs the House Foreign Affairs Committee, told lawmakers.

“Some say the US should distance itself from longstanding military cooperation with Saudi Arabia, the UAE, and other[s]. But this would only strengthen Iran’s malign influence in the region, and would not solve the humanitarian crisis. Indeed, it would likely worsen it.”

An earlier version of the bill, which was introduced by Ro Khanna, a Democrat from California, called for ending all US military to support to Riyadh’s campaign, but this was ditched in favour of language that could garner more votes on both sides of the aisle.

Khanna, who spoke with Middle East Eye about Yemen last month, claimed a victory by saying his new version highlighted Washington’s military role in Yemen, and because he had managed to get it “passed in the Republican-controlled House”.

But he also noted that the non-binding resolution would do little to stop Washington providing Riyadh with intelligence for targeting, fresh supplies of weapons and refuelling Saudi and UAE warplanes mid-air while on bombing runs.

“Enough is enough. The US must stop providing military support to Saudi Arabia,” Khanna said via Twitter. “Saudi Arabia’s blockade of Yemen’s largest port means that civilians suffering from disease and hunger are unable to get the food and medicine they need to survive.”

Khanna’s original version of the bill referred to the War Powers Act, an often-cited but seldom-used law from the 1970s aimed at constraining the White House from waging wars without congressional backing.

Executive overreach has been debated repeatedly since 9/11. Shortly after the 2001 attack, lawmakers passed an Authorization for Use of Military Force (AUMF) against al-Qaeda. It has since been used to justify wars in Afghanistan, Iraq, Somalia, Yemen and many other places.

Khanna and other progressives noted this week that the new Yemen legislation featured a rare reference to Congress’s role in determining whether or not Washington should be deploying forces overseas.

“To date, Congress has not enacted specific legislation authorizing the use of military force against parties participating in the Yemeni civil war that are not otherwise subject to the Authorization of Use of Military Force,” the bill says.

Khanna’s bill is not the first time lawmakers have tackled Yemen’s war.

In June, the Senate narrowly voted to support a $510m sale of precision-guided munitions to Riyadh, defeating a resolution to block the sale in a 47-to-53 vote. A year earlier, the House voted 204-to-216 against blocking the transfer of US-made cluster bombs to Saudi.

Saudi officials say they work to minimise civilian casualties and have accused the Houthis of using human shields. The Pentagon says it has tried to help the Saudis improve targeting in its Yemen campaign.

President Donald Trump has repeatedly voiced support for Saudi and denounced its regional rival, Iran, though senior members of his administration have expressed concern over Riyadh’s attempt to ostracise Qatar.

Former US President Barack Obama originally approved military support for Saudi, the UAE and other allies in a move that was widely viewed as a concession to Riyadh over Washington’s 2015 nuclear deal with Tehran.

US and British backing has become increasingly controversial as the war has dragged on much longer than expected, claimed more than 10,000 lives, sparked a virulent cholera outbreak and forced two million people to flee their homes.

Aid groups have long warned of a humanitarian crisis, but calls grew louder last week after Saudi officials said they had closed all air, land and seaports in Yemen to stem what it said was the flow of arms to the Houthis from Iran.

On Tuesday, the UN aid coordinator for Yemen, Jamie McGoldrick, urged the Saudi-led coalition to open all Yemen’s seaports, saying 21 million Yemenis need help and “seven million of those are in famine-like conditions and rely completely on food aid”.

A coalition air raid on the airport in Yemen’s capital, Sanaa, destroyed radio navigation equipment for aircraft and shut down the key transit centre on Tuesday, further isolating the nation of 28 million people.

On Monday, Riyadh’s UN ambassador, Abdallah al-Mouallimi, had said the government-held ports in Aden, Mukala and al-Mokha, as well as airports in Aden, Seiyun and Socotra, would be opened “within the next 24 hours”.

The conflict pits President Abd-Rabbu Mansour Hadi’s Saudi-backed government, which controls south and eastern Yemen, against the Houthis and other rebel groups in a shaky alliance with forces loyal to ousted President Ali Abdullah Saleh.