The 'forever wars' waged by the US since the 9/11 attacks have so far cost more than $8 trillion, according to new report by Brown University 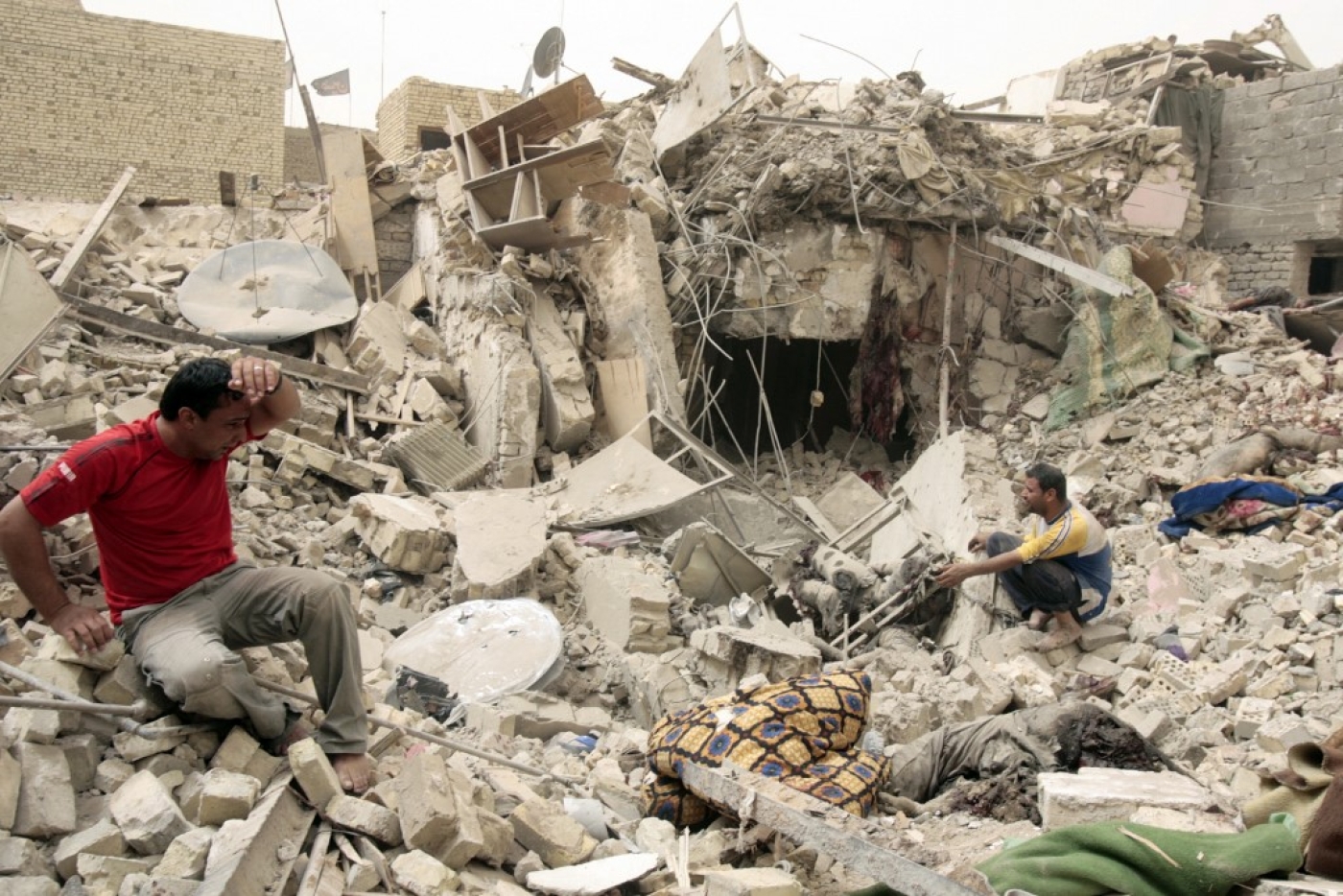 The Brown University report examined the tolls of wars waged by the US in Iraq, Syria, Afghanistan and other regions where the US military is engaged in conflicts (AFP/File photo)
By
MEE staff

The US-led "war on terror" has killed nearly one million people globally and cost more than $8 trillion since it began nearly two decades ago, according to a report from Brown University's Costs of War Project.

The landmark report, which was published on Wednesday, examines the tolls of wars waged by the US in Iraq, Syria, Afghanistan and other regions where the US military is engaged in conflicts referred to as "forever wars".

"It's critical we properly account for the vast and varied consequences of the many US wars and counter-terror operations since 9/11, as we pause and reflect on all of the lives lost," said the project's co-director, Neta Crawford, in a statement accompanying the report.

"Our accounting goes beyond the Pentagon's numbers because the costs of the reaction to 9/11 have rippled through the entire budget."

'Twenty years from now, we'll still be reckoning with the high societal costs of the Afghanistan and Iraq wars - long after US forces are gone'

Crawford said this was "likely a vast undercount of the true toll these wars have taken on human life."

The US invaded Afghanistan and drove the Taliban from power in retaliation for the 11 September 2001 attacks, which had been planned while al-Qaeda's leader, Osama bin Laden, was living in the country under Taliban protection.

The number of deaths caused by post-9/11 conflicts has been a source of intense controversy, as politics and inexact science have intersected in a heated debate of conflicting interests. In 2015, the Nobel Prize-winning Physicians for Social Responsibility estimated that more than one million people had been killed both directly and indirectly in the wars in Iraq, Afghanistan and Pakistan alone.

The economic costs tallied by the Costs of War report include $2.3 trillion spent by the US on military operations in Afghanistan and Pakistan, $2.1 trillion in Iraq and Syria, and $355 billion in Somalia and other regions of Africa.

In a report released last year, Costs of War estimated the war on terror had displaced at least 37 million people on top of the hundreds of thousands of people killed in direct violence.

The US tracks its own military deaths and physical injuries in Afghanistan and Iraq - but there are no conclusive government statistics on casualties and deaths among enemy combatants and civilians. This omission, critics say, is by design.

Authorities have also sometimes deliberately falsified details about deaths by US forces: "The U.S. Department of Defense’s shortlived (2001/02) Office of Strategic Influence (OSI) is one stark example of government-generated mis- and dis-information meant to influence public opinion in supporting its Iraq policies," note the authors of "Casualty Figures after 10 Years of the 'War on Terror'".

'What have we truly accomplished?'

The US finalised its withdrawal from Afghanistan on Monday and is reckoning with the consequences of the 20-year conflict. The final stages of the withdrawal occurred with the Taliban back in control of Afghanistan and tens of thousands clambering to get out of the country.

Though the US no longer has a troop presence in Afghanistan, the "war on terror" seems set to continue, with the Biden administration signalling it will continue to target the Islamic State in Khorasan Province (IS-K), the Afghanistan and Central Asia franchise of the Islamic State group, via drones and other means.

On Sunday, a US drone strike against a suspected suicide bomber in Afghanistan killed a number of civilians. According to local media, the strike near Kabul airport, killed 10 members of one family, including six children.

The US also continues to have a military presence in Iraq and Syria, among other countries, and in recent weeks has conducted multiple air strikes against al-Shabab, an al-Qaeda affiliate, in Somalia.

"What have we truly accomplished in 20 years of post 9/11 wars, and at what price?" asked Stephanie Savell, co-director of the Costs of War Project.

"Twenty years from now, we'll still be reckoning with the high societal costs of the Afghanistan and Iraq wars - long after US forces are gone."