US, Russia to meet on Syria truce violations ahead of Geneva talks

As Syrian government strikes reportedly kill 7 in Aleppo, US Secretary of State emphasises that ceasefire has reduced violence by up to 90 percent US and Russian officials were scheduled to meet on Saturday on Syrian opposition charges of truce violations by the government, but peace talks remain on course, US Secretary of State John Kerry said.

Asked at the end of a visit to Saudi Arabia whether indirect dialogue in Geneva between the Syrian government and opposition, planned for Monday, could go ahead, Kerry said: "Yes, it can."

"Our teams are meeting today with Russia in both Geneva and Amman, where very detailed lay-downs will take place regarding these allegations, and I am requesting a call with Foreign Minister [Sergei] Lavrov today, and we will work through these and we have been each day," he said of the opposition complaints.

Air raids by the Syrian government killed seven civilians in rebel-held areas of second city Aleppo on Friday, according to the Syrian Observatory for Human Rights.

The Britain-based monitoring group termed the strikes as "the most serious violation in the city since the truce came into effect".

Kerry, who met Saudi Arabia's King Salman for talks on Syria, said that "perceived" violations of the ceasefire that went into effect on 27 February should not derail the UN-mediated peace talks.

"The level of violence by all accounts has been reduced by 80 to 90 percent, which is very, very significant. And what we want to do is continue to work to reduce these."

On Friday, the Riyadh-based High Negotiations Committee (HNC), the main Syrian opposition grouping, said it will attend the peace talks, stoking hopes that the war-ravaged country may be able to end five years of civil war and move towards elections in 18 months.

The two-week ceasefire has created a lull in fighting between the Russian-backed government and rebels, excluding the al-Qaeda affiliated al-Nusra Front and the Islamic State militant group.

The UN Syria envoy called on Friday for elections in the war-ravaged country to be held by the middle of 2017.

The HNC said it would focus on creating a "transitional governance body with full executive powers," while insisting President Bashar al-Assad "will have no place" in a future government.

A plan agreed by world powers last year called for six months of negotiations followed by a transitional government, a new constitution and elections within 18 months.

Assad's government announced last month that it would hold parliamentary elections on 13 April instead, drawing criticism.

A source close to Syria's government told AFP this week its delegation would be attending the Geneva talks.

UN envoy Staffan de Mistura has said the Geneva talks would be "substantive" and last no longer than 10 days.

"New elections ... should be held 18 months from the start of talks, that is from March 14," de Mistura told Russia's RIA Novosti state news agency.

In addition to planning the polls, the focus in Geneva will be on the formation of "an inclusive new government" and a new constitution, said the envoy. 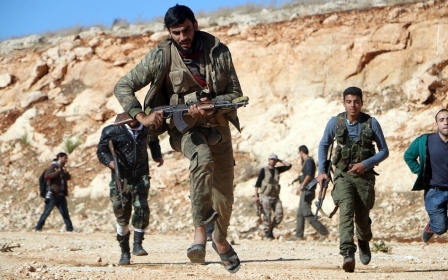