US senators submit bill to reinstate arms ban on Bahrain Two American legislators submitted a bill to the Senate on Thursday to reintroduce an arms export ban on Bahrain, after the State Department lifted an arms embargo on the Gulf state at the end of June.

Senators Ron Wyden from Oregon and Marco Rubio from Florida co-sponsored the bill which would overturn President Barack Obama’s 29 June ruling to restart arms sales to the Bahrain Defence Force and the National Guard.

The proposal would bar the United States from selling arms that could be used to “suppress peaceful dissent”.

Obama had lifted the ban on arms exports to recognise Bahrain’s “meaningful progress on human rights and reconciliation,” much to the outrage of human rights groups who report continuing high levels of abuse in the Gulf state.

The Obama administration had cited the release of political prisoner Ebrahim Sharif as an important example of how Bahrain had made “meaningful progress”. However, just 19 days after his release, Sharif was rearrested after making a speech reissuing a call for democratic reforms.

In 2011 Bahrain was swept by pro-democracy protests that saw tens of thousands of people descend on the capital Manama to demand political reform by the ruling Khalifa royal family. Security forces broke up the peaceful protests with tear gas, batons and live fire, leading to the deaths of at least 89 demonstrators.

In the aftermath of the crackdown King Hamad bin Isa al-Khalifa ordered an independent inquiry to assess his government’s response to the protests, which was named the Bahrain Independent Commission of Inquiry (BICI). The report drew damning conclusions including that security forces had killed protesters and tortured prisoners. It made a series of recommendations for governmental reform to improve accountability and bring it in line with international standards.

The new Senate bill, if passed into law, would propose that arms sales to Bahrain be reinstated only when all 26 of the BICI recommendations have been met.

In 2013 the US State Department reported that Bahraini authorities had met just five of the inquiry recommendations and in 2014 the US government’s human rights country report on Bahrain said the government had failed to address many of the issues contained within the BICI.

The bill to reinstate an arms embargo must now pass both the Senate and Congress in order to become law.

A similar bill was drawn up in 2011 to oppose a $53mn State Department arms sale to Bahrain, which eventually led to the US halting the deal and witholding arms sales to the Gulf state.

Activists welcomed the new bill and said it signalled to Bahrain that there are American politicians prepared to hold them to account on human rights.

“The Senate has sent a clear message to the Obama administration that it will not allow US arms and military equipment to be utilised in the commission of additional human rights abuses in Bahrain,” said Americans for Democracy and Human Rights in Bahrain executive director Husain Abdulla.

“If Bahrain expects to enjoy unrestricted trade with the US, it must put an end to human rights violations and release all prisoners of conscience currently detained in its prisons.” 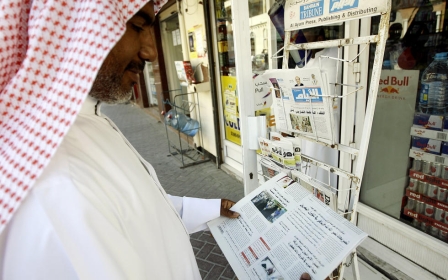 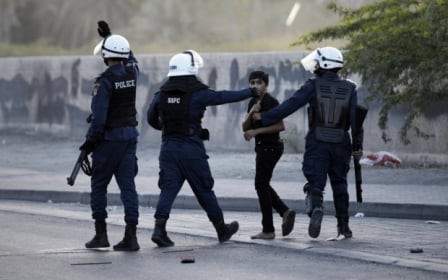