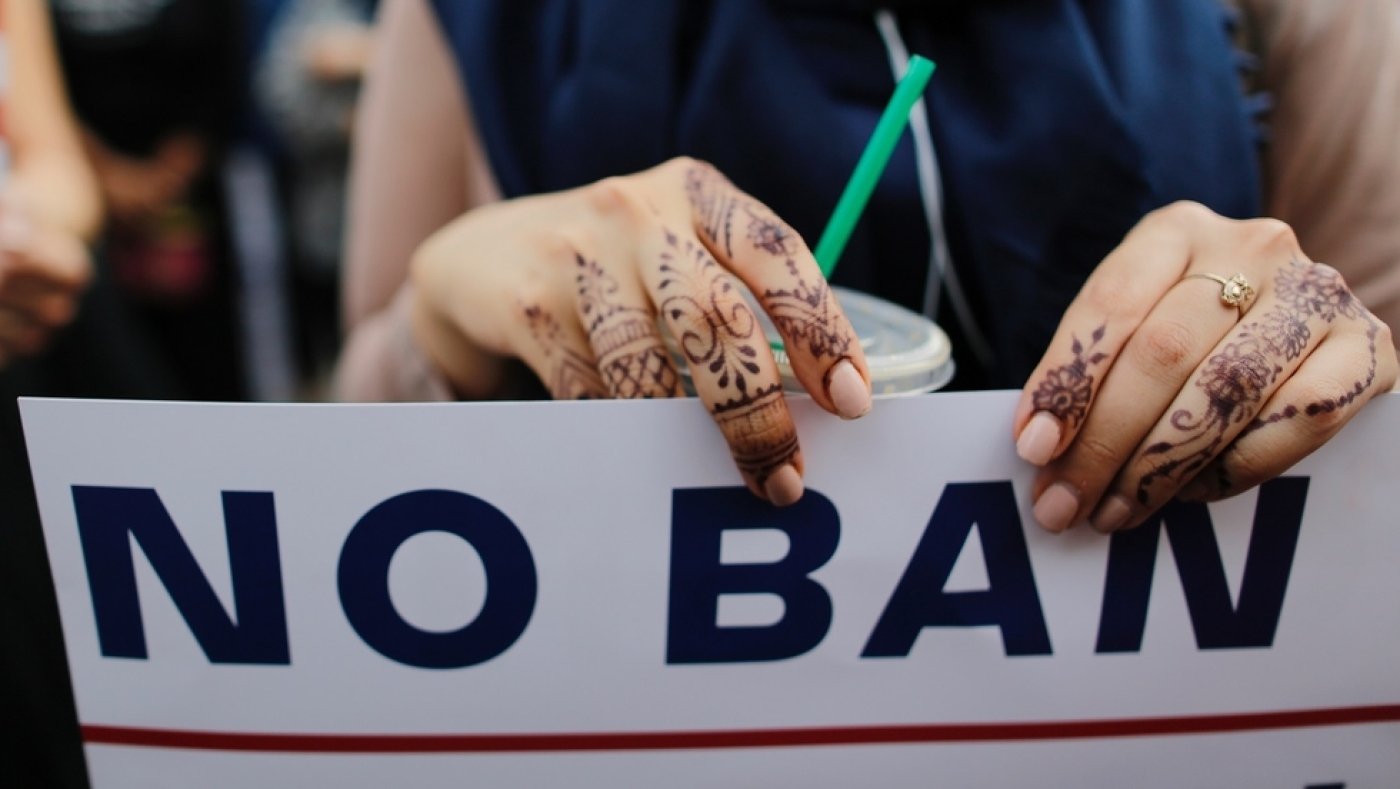 The US Supreme Court signalled on Monday it may dismiss a challenge to President Donald Trump's controversial travel ban after the White House announced tailored restrictions on eight countries that legal experts said stand a better chance at holding up in court.

The high court cancelled oral arguments scheduled for 10 October to decide whether or not a 6 March executive order that temporarily blocked travel from six Muslim-majority countries was discriminatory.

That ban expired on Sunday. The president replaced it with a proclamation that indefinitely restricts travel from Iran, Libya, Syria, Yemen, Somalia, Chad and North Korea. Certain government officials from Venezuela will also be barred. The new ban, Trump's third, may affect tens of thousands of potential immigrants and visitors.

Challengers of the new ban claim that it still signifies as a “Muslim ban”.

They cited statements Trump made during his 2016 campaign for president, including his call for a "total and complete shutdown of Muslims entering the United States".

"Of those countries, Chad is majority Muslim, travel from North Korea is already basically frozen and the restrictions on Venezuela only affect government officials on certain visas," Heller said.

"This ban is not any better than the previous one," said Zahra Billoo of the Council on American-Islamic Relations.

"The fact that Trump has added North Korea - with few visitors to the US - and a few government officials from Venezuela doesn't obfuscate the real fact that the administration's order is still a Muslim ban," said Anthony Romero, executive director of the American Civil Liberties Union.

"President Trump's original sin of targeting Muslims cannot be cured by throwing other countries onto his enemies list."

Within hours of Sunday's proclamation, representatives for the Hawaii, New York and California attorneys general said their offices were reviewing the new restrictions. Advocacy organisations denounced it as more of the same.

Trump has been trying for most of the year to create a ban that passes court muster. The Sunday proclamation, which he said is needed to screen out militants or public safety threats, could be less vulnerable to legal attack, scholars and other experts said, because it is the result of a months-long analysis of foreign vetting procedures by US officials.

It also may be less easily tied to Trump's campaign - trail statements some courts viewed as biased against Muslims.

"The greater the sense that the policy reflects a considered, expert judgement, the less the temptation (by courts) to second-guess the executive," said Saikrishna Prakash, a professor at the University of Virginia School of Law, in an email. "It looks less like a matter of prejudice or a desire to fulfill a campaign promise."

In its brief order, the high court asked the Trump administration and the ban's challengers, including states and refugee advocacy organisations, to file briefs on whether the case should be dismissed.

Trump's 6 March ban sparked international outrage and was quickly blocked by federal courts as unconstitutional discrimination or a violation of immigration law.

In June, the Supreme Court allowed a limited version of the ban to go ahead while the justices prepared to hear arguments over its legality on 10 October, a date they have now scrubbed.

In 2016, more than 72,000 non-immigrant and immigrant visas were issued to the countries covered by the new ban, excluding Venezuela, with nearly half of those going to Iran. Only nine North Koreans immigrated to the United States in 2016, and 100 were granted non-immigrant visas.

The new ban is set to go into effect on 18 October, but it already applies to five of the six countries covered by the 6 March ban, according to a US State Department cable issued on Sunday and obtained by Reuters.