US threatens to cut aid to Houthi-held areas in Yemen

Washington says it could cut aid to the rebel-held north by as early as March, unless the Shia movement stops hampering the work of aid groups 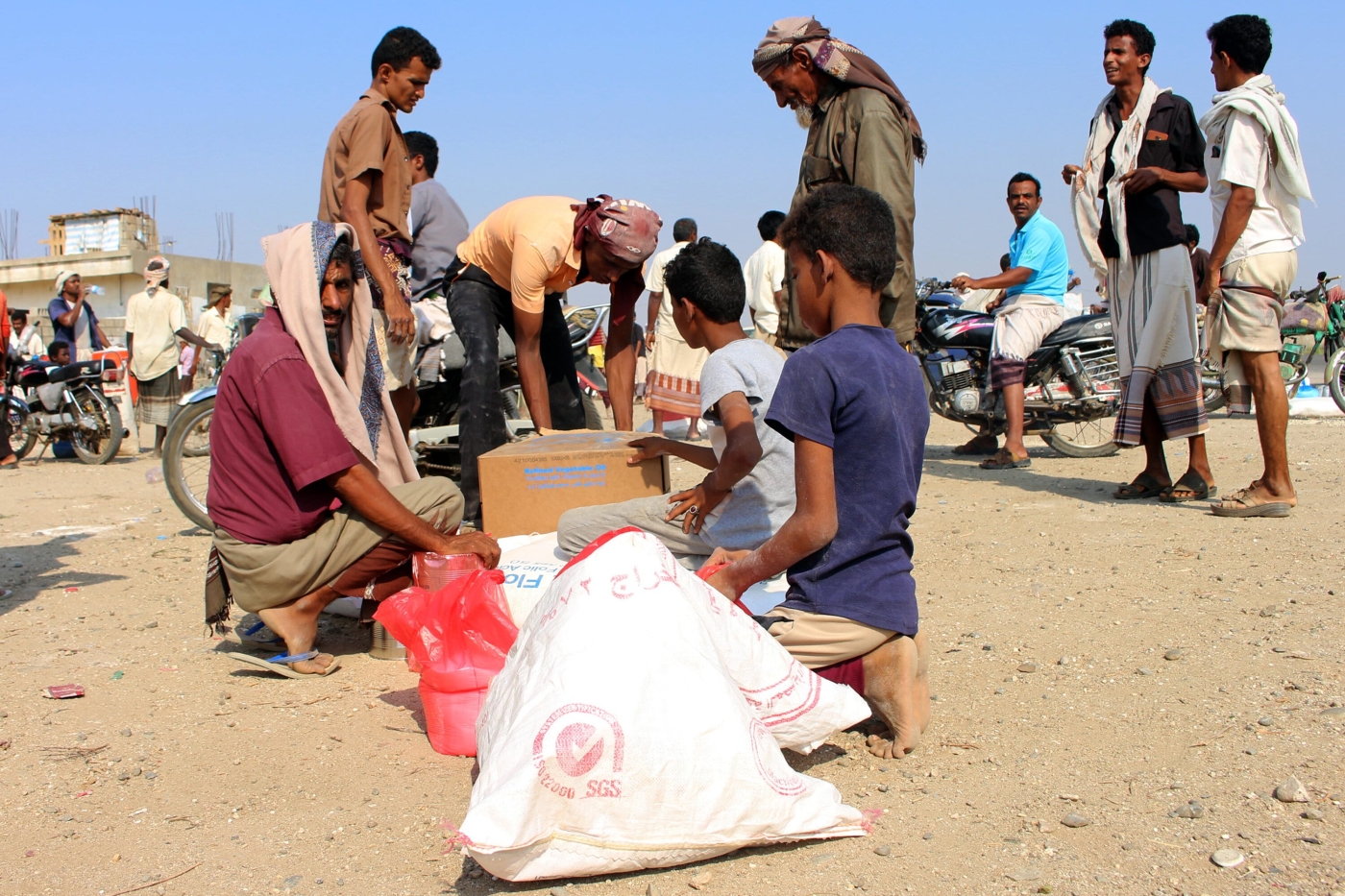 Displaced Yemenis receive humanitarian aid, donated by the World Food Programme (WFP) in cooperation with the Danish Refugee Counci ( DRC), in the northern province of Hajjah (AFP)
By
James Reinl
in
United Nations

The United States has warned it could stop sending aid to northern areas of Yemen from as early as next month, unless Houthi rebels who control the region stop hampering the work of aid agencies.

Addressing the UN Security Council on Tuesday, Kelly Craft, Washington's envoy to the UN, said that Houthi moves to slap taxes on aid projects and hinder the distribution of life-saving supplies could see Washington pull funding to the rebel-held capital, Sanaa, and northern areas under their control.

The US is "extremely concerned by mounting Houthi interference with the work of aid partners in northern Yemen, which limits the ability of the UN and other humanitarian organisations to deliver assistance to the most vulnerable Yemenis," said Craft.

- Kelly Craft, US envoy to the UN

"We may be forced to consider suspending or reducing our assistance in northern Yemen as early as March unless undue Houthi interference ceases immediately and access to vulnerable populations improves."

Last year, the US was the second-biggest donor to Yemen after Saudi Arabia, with more than $746 million pledged in the annual response plan to what the UN calls the world's worst humanitarian crisis.

Yemen has endured years of chaos since 2014 when Houthi rebels seized the capital and ousted President Abd-Rabbu Mansour Hadi from power.

Saudi Arabia and its allies intervened in March 2015 to prop up Hadi's beleaguered government, and have since carried out nearly 20,000 air attacks, with one-third striking non-military sites, such as schools and hospitals, according to the Yemen Data Project

At the same meeting, the UN's aid chief Mark Lowcock described severe and unfair restrictions being placed on humanitarian aid in Yemen and singled out the Houthi rebels as the main offender.

Lowcock, the world body's emergency relief coordinator, said the Houthis - who control much of the populous north - had stepped up attempts to divert and control aid flows in recent months.

"Last year, they issued more than 200 regulations on humanitarian action. By the end of the year, the number of reported incidents disrupting assistance had risen by a factor of six," Lowcock told envoys in New York. "About half these incidents constrained movements of relief supplies or staff, and about a quarter involved attempts to influence decisions on who receives help or otherwise interfere with programs."

Restrictions on humanitarian teams are a problem across Yemen, said Lowcock, but while some 30 per cent of projects get blocked in the south, aid workers see 40 per cent of their schemes stalled in Houthi-run areas.

"Ansar Allah authorities asked NGOs to sign agreements that would not be consistent with humanitarian principles," said Lowcock, using a formal name for the Zaydi Shia movement.

"It has also been-suggested that NGOs pay a 2 percent tax to fund the authorities' aid coordination body. The situation is unacceptable. Stopping the world's largest aid operation would be fatal for millions of people."

Houthi officials dropped their threat to tax humanitarian aid earlier this month, after a meeting with aid agencies and major donors in Brussels in which delegates said aid operations in Yemen were at a "breaking point".

The UN council met on Tuesday against a backdrop of escalating violence in Yemen, where almost six years of war have left 24.1 million people - or 80 per cent of the country’s population - needing handouts. Griffiths and Lowcock warned of escalating fighting in Jawf, Marib and Sanaa governorates as well as the strategic, rebel-held port at Hodeidah, which handles some two-thirds of Yemen’s humanitarian and commercial imports.

"Although they were allegedly associated with armed groups, they are children first and foremost and are victims of the ongoing conflict here," Unicef's representative in Yemen Sara Beysolow Nyanti told MEE on Tuesday.

"They need time to recover from their traumatic experiences and [have] a chance to explore the future they want when they return to their families."

The agency is working with Yemeni officials to ensure the freed youngsters receive "psychosocial support, medical care and a return to learning" added Nyanti. "We continue to be on standby to meet their needs."