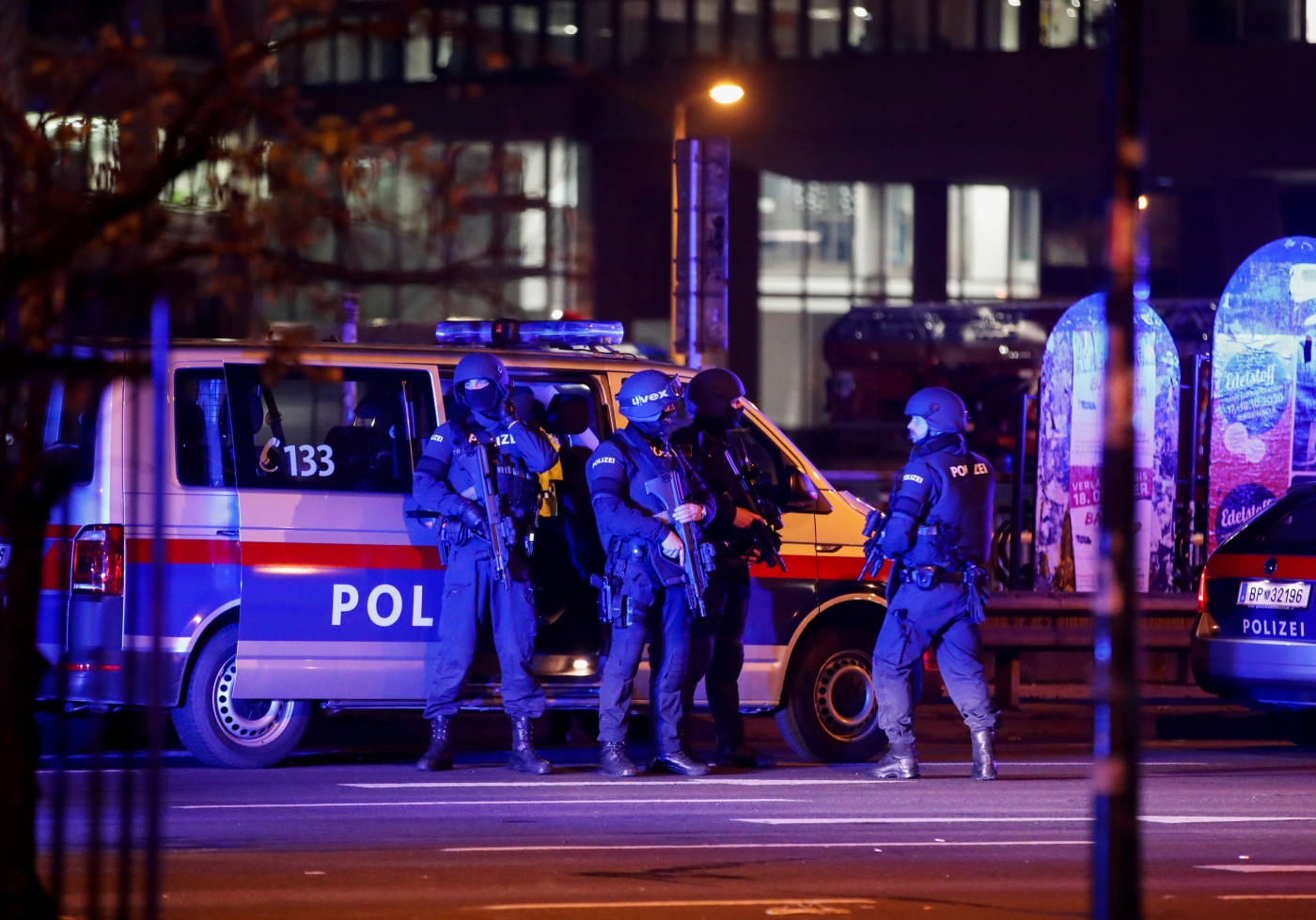 Police officers stand guard on a street after exchanges of gunfire in Vienna, Austria on 3 November 2020 (Reuters)
By
MEE staff

Police in the Austrian capital Vienna confirmed on Tuesday morning that at least four people had been killed and several others wounded after gunmen opened fire at a number of locations in the capital.

The shootings began at a time when the city's bars and restaurants were packed with customers, just hours before a coronavirus lockdown was due to come into effect at midnight local time (23:00 GMT).

The suspect, named as 20-year-old Kujtim Fejzulai, was killed by police on Monday night.

Vienna police said the suspect they had killed was armed with an assault rifle and other handguns, and was considered to have an "Islamistic motive".

The police added that the suspect was wearing a fake explosive vest and local special weapons and tactics (SWAT) teams had searched his apartment after the attack.

Interior Minister Karl Nehammer said that police had conducted raids and arrested a number of people suspected of links to the killing.

"There have been 18 raids in Vienna and Lower Austria and 14 people have been detained," Nehammer told a televised press conference.

However, he added that, despite speculation, there was no evidence that there had been a second gunman.

As of 06:30 am, this is what we can confirm towards the assault in Vienna's inner city district: #0211w pic.twitter.com/AIzIovFyKh

In videos posted on social media late on Monday, sustained gunfire could be heard as people ducked for cover in Vienna's Schwedenplatz square on the banks of the Danube.

Fejzulai, a dual Austrian and Macedonian national, had been convicted of a terror offence in April last year for trying to travel to Syria.

Nehammer said he had been on a deradicalisation programme and had managed to secure an early release.

"The perpetrator managed to fool the deradicalisation programme of the justice system, to fool the people in it, and to get an early release through this," the minister said.

Austria's Chancellor Sebastian Kurz said the army would protect sites in the capital so that the police could focus on anti-terror operations.

"We are currently experiencing difficult hours in our republic. I would like to thank all the emergency forces who are risking their lives for our safety, especially today," he said.

"Our police will take decisive action against the perpetrators of this repulsive terrorist attack."

Nehammer had told a news conference early on Tuesday that at least one gunman remained at large.

"This is the hardest day Austria has seen for many years," he said, before urging citizens to stay indoors.

Police in the neighbouring Czech Republic said they had launched random checks on the border with Austria amid fears that the gunmen might head in that direction.

European leaders condemned the incident, with French President Emmanuel Macron saying Europe must not "give up" in the face of attacks.

"After France, it's a friendly nation that has been attacked," he said, referring to the killing on Thursday of three people in Nice by an attacker armed with a knife and the beheading of a school teacher near Paris several days before.

British Prime Minister Boris Johnson tweeted: "I am deeply shocked by the terrible attacks in Vienna tonight. The UK's thoughts are with the people of Austria - we stand united with you against terror." 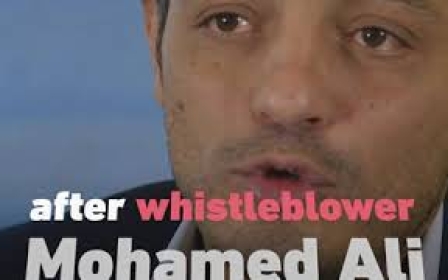