Was British tech used by UAE to spy on Matthew Hedges? 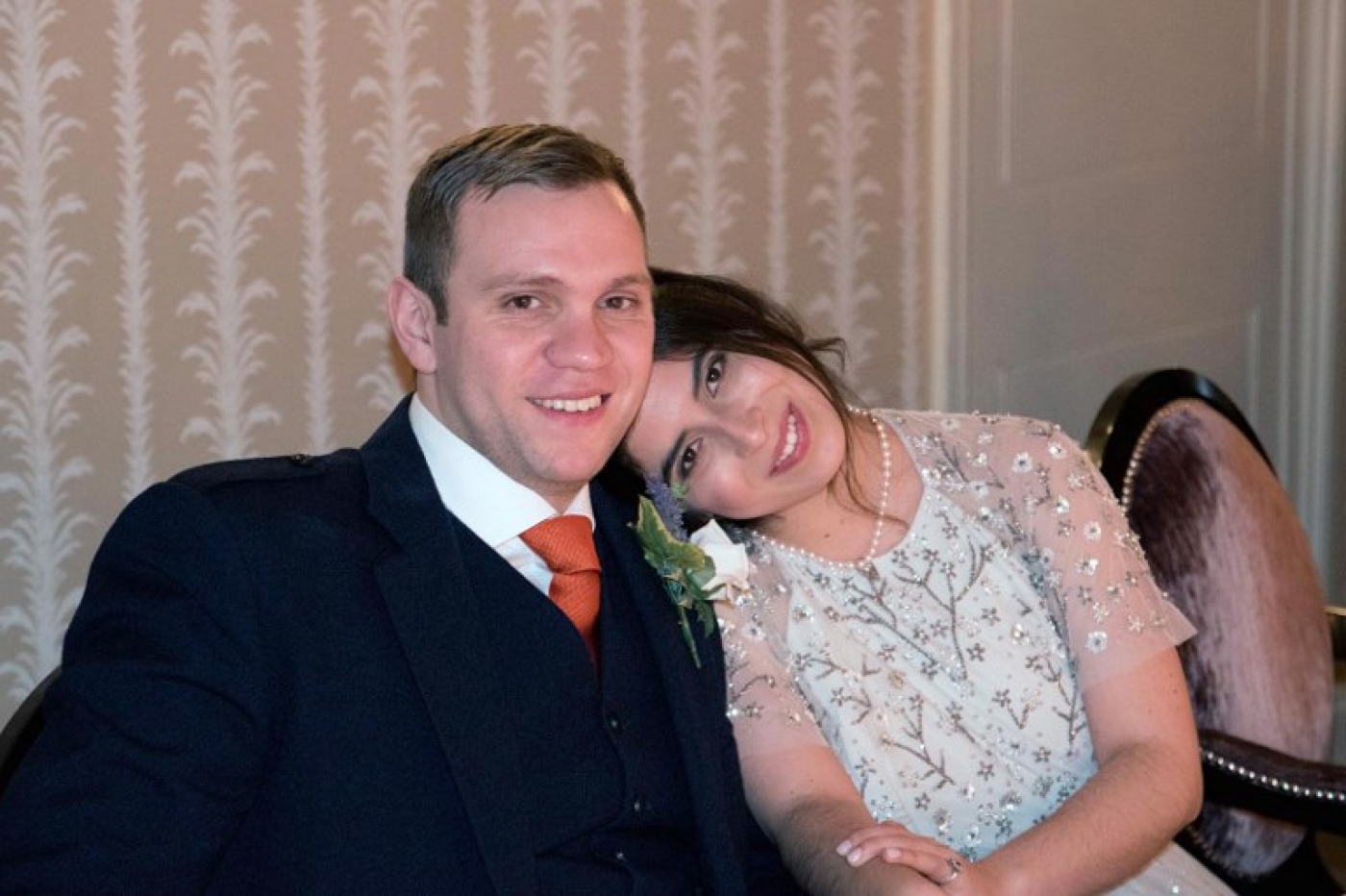 Rights campaigners have accused the UK government of "facilitating abuses" for continuing to license the export of surveillance equipment to the United Arab Emirates after evidence has emerged that the technology may have been used to monitor a British academic.

Matthew Hedges, a PhD student at Durham University, was arrested in Dubai last May, accused of spying and held in solitary confinement for more than five months. He was jailed for life in November, but then was released after a pardon five days later.

His Emirati accusers have said that they used information extracted from his personal electronic devices in their investigation. However, the UK Foreign Office has refused to say whether the surveillance equipment used was sold by British companies – or if it even knows if this was the case.

It is also unclear whether British companies selling surveillance equipment know exactly where their technology ends up.

In late March, the parliamentary committee overseeing arms exports asked two industry representatives if it was possible to know whether items companies had sold were used on Hedges. They said they couldn't speak about his specific case, but could also not say whether UK companies would know that level of detail generally.
The UAE's use of surveillance technology will be under further scrutiny following a Reuters report on Monday which said the country spied on a BBC Arabic journalist as part of Project Raven.

The secret Emirati intelligence programme started in the first week of June 2017, the same week that the UAE, Saudi Arabia, Bahrain and Egypt cut diplomatic ties with Qatar. Operatives  - including at least nine former employees of the US National Security Agency and the US military - spied on dissidents, militants and political opponents of the UAE monarchy, Reuters reported.

The iPhone of Gisele Khoury, host of BBC Arabic's The Scene, was hacked in an effort to track her conversations with Azmi Bishara, founder of news outlet Al-Araby Al-Jadeed and an outspoken critic of the UAE, according to the report.

Digital rights advocates say the British government's lack of oversight on the sales of surveillance equipment is aiding authoritarian governments.

"This technology allows a government to monitor the internet traffic of an entire nation indiscriminately. The same powers available to GCHQ - one of the world’s most advanced intelligence agencies - are being sold on the open market," Edin Omanovic, state surveillance programme lead at the UK-based Privacy International, a privacy rights and surveillance monitoring group told MEE.

"By signing-off export licences to countries which lack sufficient protections, the UK government is facilitating abuses in contravention of its own rules which are supposed to protect people’s human rights."

In 2015, the Department for International Trade granted a permanent licence allowing UK companies to export mass internet surveillance equipment to the government and law enforcement in the UAE.

The technology allows users to tap into a mass, indiscriminate scale of internet traffic and has been criticised by human rights organisations.

Further forms of surveillance systems, including telecommunication interception equipment, sold by UK companies are also approved for export to the UAE and other Middle Eastern nations, using other licences.

The UK’s own use of mass internet surveillance came under scrutiny last September after the European Court of Human Rights ruled that GCHQ’s data collection violated rights to privacy.

But the UK remains one of the main exporters of surveillance technology and also one of the biggest manufacturers of the technology in the world, according to a July 2016 report from Privacy International, a UK-based charity defending privacy rights.

Since 2016, the UK government has granted over 280 licences for equipment capable of IP network surveillance and telecommunication interception to countries internationally, Privacy International told MEE.

Among the technology that UK companies can export to the UAE under the 2015 licence is equipment that enables "extraction of selected metadata and application content (e.g. voice, video, messages, attachments)", according to the UK Strategic Export Control Lists, published by the Department for International Trade.

As part of an investigation into Hedges, UAE Attorney General Dr Hamad Saif al-Shamsi said "compelling and powerful evidence" had been presented in court, some of which included information "extracted from his personal electronic devices by expert forensic analysis techniques".

According to the UAE, Hedges pleaded guilty to all charges after the evidence was presented in court. However, he later said he was "coerced" into the confession.

Hedges has since spoken about the psychological torment of spending five and a half months in solitary confinement. He says the pressure on his mental health led to his signing a confession.

UK Foreign Secretary Jeremy Hunt said the government had “never seen any evidence” of the charges being true.

The treatment of Hedges, as well as reports of the country using former CIA agents to spy on British and American citizens, has added to the growing concerns among rights campaigners over the UAE’s use of mass internet surveillance to target activists and journalists.

Reporters Without Borders, an NGO which advocates for freedom of information, says the nation is “a master of online surveillance of journalists who often fall victim to its 2012 cyber-crime law".

Joe Odell, press officer for the UK-based International Campaign for Freedom in the UAE, has described the UAE as a sophisticated “surveillance state” that has “targeted attacks on human rights activists”.

While the public is increasingly able to find out what export licences are granted to countries like the UAE, it is harder to ascertain exactly what equipment is being exported or used by foreign powers, campaigners say.

However, a 2017 BBC investigation said that the British defence company BAE Systems had “made large-scale sales across the Middle East of sophisticated surveillance technology" including to the UAE.

According to the report, the company, which is one of the largest in the defence industry, sold a surveillance system called Evident to Saudi Arabia, the UAE, Qatar, Oman, Morocco and Algeria through a Danish subsidiary company, meaning that the equipment in this case was not exported from the UK.

Indeed, evidence uncovered by the BBC included emails sent by UK export authorities to their Danish counterparts expressing concern about the sale of Evident to the United Arab Emirates.

Apparently in reference to the Evident sale, the UK authorities in the emails said that they would have refused a licence for that particular type of "cryptanalysis software" because it could impact UK national security.

When MEE asked BAE Systems whether it sells mass surveillance equipment to other Arab countries, the company said: “As a global company, BAE Systems has operations in numerous countries, and it complies with all relevant export control laws and regulations in the countries in which it operates.”

The company added that the 2017 BBC report was "based purely on speculation".

Any licences granted by the UK are assessed by the Export Joint Control Unit - the UK's licensing authority - against the Consolidated EU and National Arms Export Licensing Criteria. 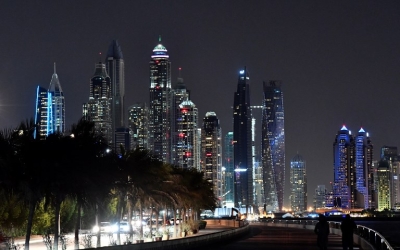 According to the list of criteria, the government will “not grant a licence if there is a clear risk that the items might be used for internal repression” or a risk to “the national security of the UK” and its allies.

Given the UAE’s questionable human rights record, the UK could be in breach of its own criteria, said one MP.

“Even our own citizens have been hunted using the surveillance capability we have been enabling. Hedges received a life sentence after UAE authorities, who were snooping on his internet activity, became upset by his academic research. This is yet another example of our broken export control system.”

When asked whether the licence was in breach of export licensing criteria, a Department for International Trade spokesperson told MEE: “The government operates one of the most robust export control regimes in the world. This includes assessing the risk of human rights abuses and we will not allow exports that are inconsistent with UK and EU exporting criteria.

“All export licence applications are considered on a case-by-case basis and defence exports to the UAE are kept under continual review.”

MEE asked the FCO if it had attempted to ascertain whether equipment exported from the UK was used to collect evidence on Hedges or used in human rights abuses by the UAE government more generally.

An FCO spokesperson responded: “As the Foreign Secretary said at the time, we are very pleased that Matthew Hedges is back in the UK and reunited with his wife. We are grateful to the UAE government for resolving the issue. We take any allegations of torture and mistreatment very seriously, and with the consent of the individual in question, we will raise them with the relevant authorities.” 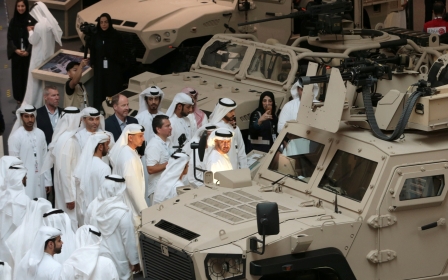