'We are arming a street thug': US lawmakers denounce weapons sales to Saudi Arabia The administration of US President Donald Trump declared an emergency last month to enable arms sales to Saudi Arabia without congressional oversight.

The State Department has cited alleged Iranian plans to attack US troops and Washington's partners in the Gulf to force through the sales, but many of the weapons included in the deals are offensive, not defensive, in nature.

Also, while an emergency usually denotes immediacy, some of the weapons are not scheduled to be delivered until months from now.

US lawmakers sought answers to these seeming inconsistencies as they grilled State Department official Clarke Cooper at a congressional hearing on Wednesday.

The administration declared the emergency on 24 May to force through more than $8bn in arms sales to Saudi Arabia and the United Arab Emirates amid growing concerns about the Saudi-led coalition's war in Yemen and the humanitarian crisis in the war-torn country.

"Here's the reality, there is no emergency," said Democrat Eliot Engel, chairman of the House Foreign Affairs Committee, which conducted the hearing on Wednesday.

"Do you know how I know? Because a real emergency would require weapons that can be delivered immediately, not months or even years from now," he added.

Michael McCaul, the top Republican on the committee, also voiced concerns about the executive branch undermining the authority of Congress.

"The recent use of this emergency authority, in my judgement, was unfortunate," McCaul said.

Still, he added that he understands the severity of the Iranian threat and recognises Riyadh and Abu Dhabi's right to defend themselves.

In his testimony, Cooper, who serves as assistant secretary of state for political-military affairs, said reports of the Iranian threats required Washington to send a message that it stands by its allies to deter potential attacks by the Islamic Republic.

"Our posture regarding Iran remains focused on assuring our partners of our commitment to enhancing their defence capabilities. This action is not intended to be an escalatory military step," he said.

"Instead, it is a loud and clear message to Iran that we stand by our regional partners."

Cooper added that the administration shares concerns about the humanitarian disaster in Yemen, and it is working with Riyadh to reduce civilian casualties with "training on targeting and the supply of more precise munitions".

Cooper portrayed Riyadh as a strategic ally that plays a vital role to US interests in the region.

"Our relationship with Saudi Arabia is almost four-decades old... They're carrying our water and carrying our equities on our behalf in a very difficult, fraught region with direct threats to us," he said.

Still, several legislators questioned the value of the alliance with Saudi Arabia, citing the erratic policies of Crown Prince Mohammed bin Salman and the murder of journalist Jamal Khashoggi at the hands of Saudi government agents at the country's consulate in Istanbul last October.

Congressman Adriano Espaillat accused the administration of fabricating the emergency to sell weapons to the crown prince despite his atrocious human rights record.

"We are arming a street thug, and we should be ashamed of that," said Espaillat, a Democrat from New York.

The hearing comes amid a renewed push by lawmakers to moderate Trump's pro-Saudi policies after the president vetoed a resolution to end US support for the Saudi coalition in Yemen earlier this year.

Last week, lawmakers from both major parties introduced 22 resolutions to block the weapon sales approved in the emergency declaration.

On Wednesday, Democratic Congressman Bill Keating pressed Cooper on whether Trump's son-in-law Jared Kushner was involved in the arms deals in question.

Kushner, who serves as a senior adviser to the president, has been scrutinised for his close ties to bin Salman.

In 2017, the White House adviser made an unannounced visit to Saudi Arabia, days before the crown prince locked up dozens of businessmen and royal family members and detained the prime minister of Lebanon, Saad al-Hariri.

Months earlier, Kushner was present when Trump hosted MBS, who was still the deputy crown prince at the time, in Washington.

In May of that year, the New York Times reported that Kushner played a major role in negotiations between the Saudis and US weapon manufacturers to iron out agreements worth more than $100bn. Trump celebrated the agreements as a job-creating accomplishment after a visit to Riyadh in 2017.

Still, on Wednesday, Cooper refused to confirm or deny Kushner's involvement in the sales approved through the emergency, only affirming that the declaration was made by the State Department, of which Kushner is not a part.

"What about the overall issues of providing arms to the Saudis? Was Jared Kushner involved in that?" Keating asked.

To the visible frustration of the congressman, Cooper would not answer the question, only stating that many administration officials and "multiple lines of communication" were involved in the bilateral relations with Riyadh.

David Cicilline, a Democratic lawmaker, picked up the line of questioning on Kushner, calling the emergency declaration "an egregious and legally questionable move" by the administration.

"In your opening statement, you noted the importance of being able to send a political signal with these arm sales. It does send a signal and a message. It's a message that we abandon our principles if you write a big enough check," Cicilline said.

'We are arming a street thug, and we should be ashamed of that'

"Congress does not agree and the Constitution doesn't permit it."

Cicilline asked Cooper if Kushner had been present at any meeting he attended concerning arms sales to the Gulf kingdom.

The State Department official went on to describe the process of the emergency declaration, only to be interrupted by Cicilline, who asked Engle, the chairman of the committee, to direct Cooper to answer his question.

"No. The answer is no," Cooper said eventually, but he later cited his earlier assertion that several communication channels are involved in dealing with allied countries.

Another recurring query to which committee members struggled to obtain a satisfactory answer was: Why didn't Secretary of State Mike Pompeo notify Congress of his plans to announce the emergency declaration when he briefed lawmakers on Iran only three days earlier?

In attempting to answer a Democratic legislator who raised the issue, Cooper said the Iranian threat was evolving and changing at that time.

"In three days, that emergency was created that required that declaration?" asked Congressman Andy Levin.

"Sir, with all due respect, I just don't think that's credible," Levin responded. 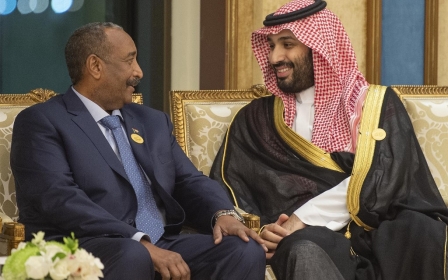 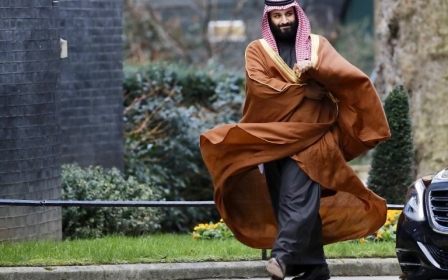