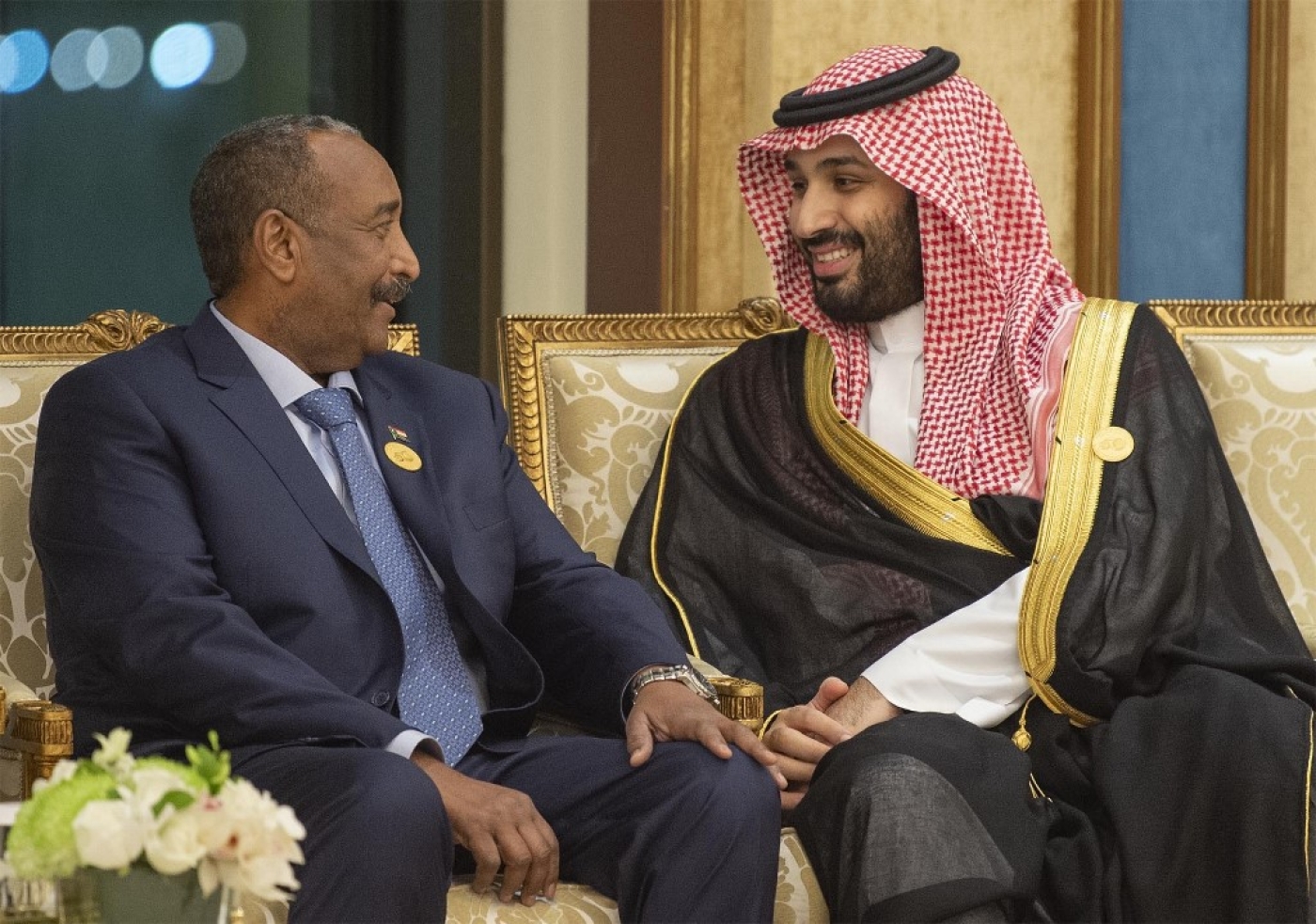 The head of Sudan’s ruling military council was given a “green light” by Saudi Arabia and its regional allies to crack down on protesters camped for weeks outside the military’s headquarters, a Sudanese military expert has told Middle East Eye.

Speaking on condition of anonymity because of security concerns, the well-informed expert said he understood that plans to destroy the protest camp in Khartoum had been discussed during recent visits to Saudi Arabia, the United Arab Emirates and Egypt by Lieutenant General Abdel Fattah al-Burhan, the head of the Transitional Military Council (TMC).

“The breaking up of the sit-in was one of the main points on the agenda that was discussed,” the expert said. “Unless he got the green light from his regional allies he would not have been able to commit such a crime.”

Concerns over foreign interference in Sudanese affairs were also voiced by the opposition Democratic Alliance of Lawyers on Tuesday in a statement in which it accused “some Arab countries” of supporting the military council in order to protect their own interests in the country.

"We ask that some Arab countries lift their hands from Sudan and stop supporting the Military Council and consolidating the pillars of its rule with the aim of preserving it and protecting their own interests that are harmful to the Sudanese state and its citizens," the alliance said in a message seen by many as aimed at Saudi Arabia and its allies.

In an indication of the degree of influence Saudi Arabia has in Khartoum, the US State Department also said in a statement that a senior US official had called Saudi Deputy Defence Minister Khalid bin Salman to discuss the “brutal crackdown against peaceful protesters” and the importance of a transition to a civilian-led government.

Making its first official statement on developments in Sudan on Wednesday, the Saudi government said: “The Kingdom hopes that all parties in Sudan will choose wisdom and constructive dialogue to preserve security and stability in Sudan, protect the people of Sudan from all harm, while maintaining Sudan’s interests and unity.

“The Kingdom affirms the importance of resuming the dialogue between the various parties in Sudan to fulfill the aspirations of the brotherly Sudanese people.”

The UAE said: “The UAE hopes that wisdom, voice of reason and constructive dialogue would prevail between all Sudanese parties, in a way that guarantees security and stability in Sudan, helps spare its people the scourge of evil, safeguard its gains and ensure its unity.”

Saudi Arabia and the UAE backed the military council in the aftermath of the coup against long-term president Omar al-Bashir by pledging $3bn in cash and aid to the country, but one analyst told MEE’s French website that the donation would have come with strings attached.

“It is obvious that behind this repression, there is the hand of Saudi Arabia and the United Arab Emirates,” said Ahmed Abdelaziz, an Algerian-Sudanese analyst.

“On 21 April, Riyadh and Abu Dhabi pledged $3bn to Sudan. They did not do it without consideration. And this counterpart is not democracy. They want… their economic interests to be preserved.”

How Saudi Arabia and its allies shaped events in Sudan

11 April: Military authorities announce they have removed President Omar al-Bashir and that a transitional military council will govern for two years

21 April: Saudi Arabia and the UAE announce $3bn in financial support for Sudan, consisiting of a $500m deposit in Sudan’s central bank and food, medicine and fuel aid worth $2.5bn

13 May: The military council and the opposition agree on a three-year transition process to civilian administration, with talks set to continue on the details of the plan

15 May: The council suspends talks and insists protesters must remove barricades in front of the military headquarters. Talks resume on 19 May but break down again the following day

25 May: Military council head General Abdel Fattah al-Burhan travels to neighbouring Egypt for talks with President Abdel Fattah el-Sisi. Burhan says he will not forge relationships with any nation working against the interests of Egypt and its Gulf allies

30 May: Sudanese security forces raid Al Jazeera’s Khartoum bureau, confiscating work permits and broadcasting equipment. The military council bans the Qatari network from reporting. On the same day, it says the protest camp has become unsafe and a threat to national security

30 May-31 May: Burhan travels to Mecca for emergency meetings of Arab and Gulf leaders to discuss tensions with Iran. On the sidelines he meets MBS to discuss “aspects of cooperation and the latest regional developments”

3 June: More than 100 people are killed and hundreds injured, according to opposition doctors, in attacks by security forces on protesters in Khartoum

Burhan was last week among Arab leaders attending two emergency summits in Mecca to address rising tensions with Iran in the Gulf.

His visit to Saudi Arabia followed trips to Egypt to meet President Abdel Fattah al-Sisi on 25 May, and to the UAE to meet Abu Dhabi Crown Prince Mohammed bin Zayed the following day.

The RSF, which was formed from units of the Janjaweed militia once accused of atrocities in Darfur in western Sudan, has provided fighters alongside regular Sudanese soldiers for the Saudi-led coalition in Yemen.

It has also been widely blamed for Monday’s assault on protesters in which more than 100 people are now believed to have died and hundreds more were injured, according to opposition-aligned doctors.

The crackdown came after protesters had occupied the space outside the military’s headquarters to demand a transition to civilian rule in the aftermath of Bashir’s removal after months of anti-government protests.

It also followed the breakdown of talks between the council and the opposition Alliance for Freedom and Change which on 13 May had led to a preliminary agreement that appeared to pave the way for the creation of a civilian-led government.

Under the 13 May agreement, the shift to civilian rule involved the formation of three tiers of government consisting of a sovereign council composed of members of the military and the opposition, an executive council exclusively formed by the opposition alliance, and a 300-seat legislative assembly in which the opposition would have held a two-thirds majority of 201 seats.

But the two sides could not subsequently agree on the composition and chairmanship of the sovereign council as each sought the upper hand and traded accusations over their failure to finalise an agreement.

Taha Osman, a leading member of the Sudanese Professionals Association (SPA), which has played a leading role in organising protests, said that the timing of Monday’s crackdown suggested that the military council had always intended to sabotage the deal with the opposition.

“We were supposed to sign the final deal on Monday, but the TMC attacked the sit-in to break everything,” Osman told a press conference on Tuesday.

Monday’s crackdown was followed by a declaration by Burhan in which he said the council was cancelling the power-sharing agreement and called for elections in nine months.

Burhan also accused the opposition of seeking to delay the talks in order to force the military to hand over power, and of intentionally excluding the military and the RSF, which he said had played their part in the revolution that overthrew Bashir in April.

He said the purpose of Monday’s raid by security forces had been to arrest “outlaws” hiding among the protesters, and that the authorities would investigate the deaths.

In a further message on Wednesday marking the Eid holiday, Burhan said the council was still open to talks with the opposition.

But Amged Farid, an SPA spokesperson, told MEE that the opposition would not go back to the negotiating table and would work to bring down the military council with strikes and protests.

“We announced the general strike [last month] and we will continue protesting until we bring down this council which is actually an extension of the old regime,” he said.

“We will bring them to the courts to be tried for their crimes against the Sudanese people.”

Alshafia Khidir, a political analyst, said that both sides had sought to pressure the other during the talks, but that the crackdown on protesters and the calling of elections amounted to another “coup” against the agreement reached with the opposition.

“Early elections are not a solution at all and will only deepen the political crisis,” Khidir said. 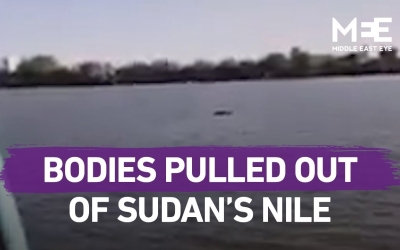 The military expert spoken to by MEE said that the leading role being played by the RSF in cracking down on protesters raised serious concerns about human rights abuses because members of militia units were not trained in dealing with civilians and lacked the discipline of professional members of the security forces.

Eyewitnesses spoken to by MEE have described RSF fighters shooting live ammunition indiscriminately, attacking and beating women, and burning down tents, using tactics which some described as reminiscent of those used by the Janjaweed in Darfur during the civil war in the western state during the 2000s.

He said the current situation could also lead to another split between the RSF and its allies and other elements of the armed forces, raising the prospect of more violence and street battles.

“If the army splits or intervenes it will also be horrible because that could cause street fighting in Khartoum, and that would only increase the casualties among civilians,” he said.