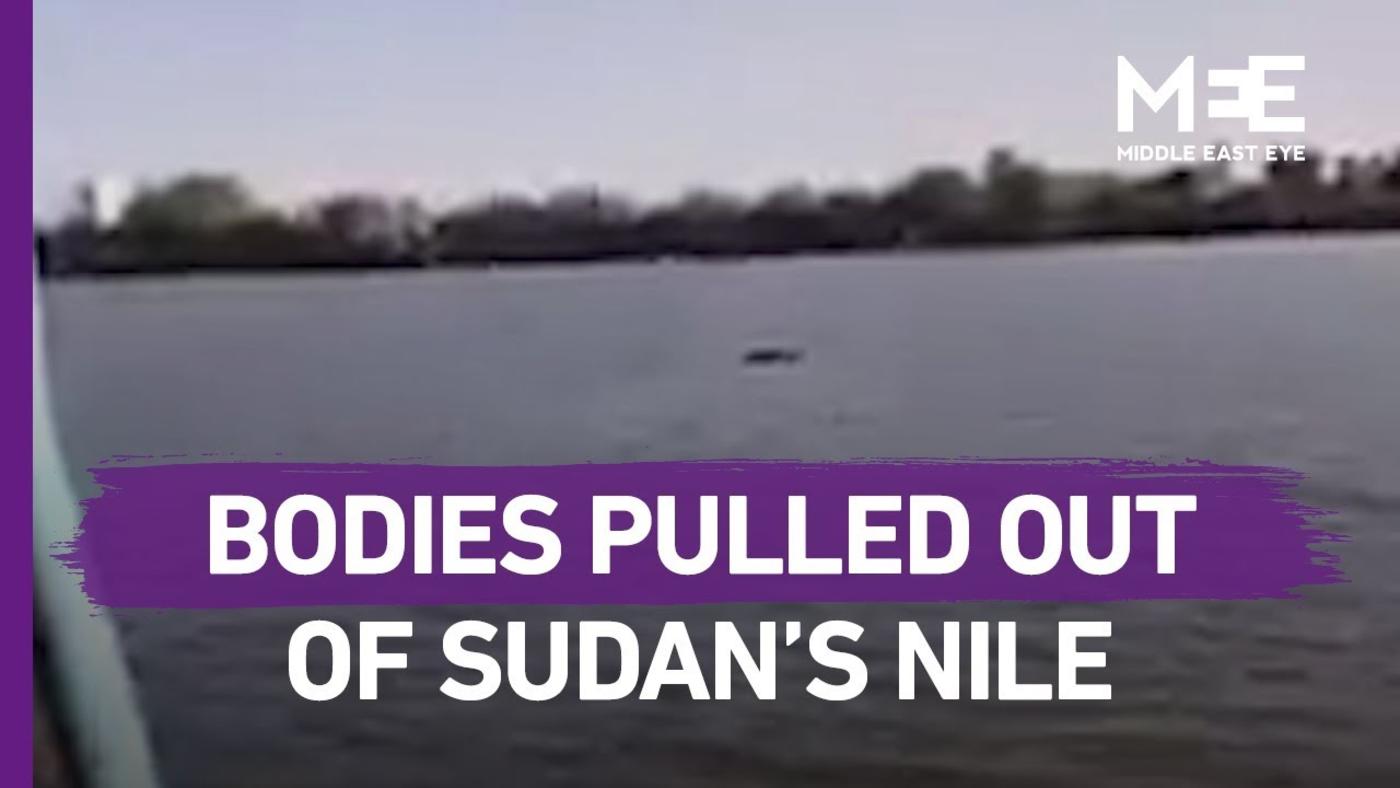 Teams of volunteers are taking to boats and searching the riverbank and beaches along the Blue Nile in Khartoum to look for bodies dumped there by security forces following a crackdown on protesters that has left scores of people dead.

Video sent to Middle East Eye by an activist and verified by our correspondent appeared to show a body being recovered from the river on Tuesday.

The bridge is a few hundred metres north of the military headquarters outside where protesters had camped for weeks to call on Sudan's military council to relinquish power in favour of civilian rule.

But at least 100 people are now confirmed dead and hundreds more injured, according to opposition-aligned doctors, after security forces destroyed the protest camp early on Monday, firing live ammunition and setting tents on fire.

In a statement, the Central Committee of Sudan Doctors said on Tuesday that the death toll was still expected to rise. Most of the more than 300 people injured were in a critical condition requiring urgent surgery and intensive care treatment, it said.

Meanwhile, it said it had received multiple eyewitness reports of unrecovered bodies at the protest site, and said that more bodies could still be found amid the burnt-out tents which it accused security forces of setting alight with people still inside.

The doctors' committee also said it had received reports of bodies being loaded into military vehicles and thrown into the Nile.

'A body floating in the water'

The video footage obtained by MEE shows men aboard a boat discussing a body that is floating by in the river.

"There's a body floating on the water there, a body. It’s unknown whether they were killed yesterday and thrown in [the Nile]. We don’t know what happened to them. This is on Nile Street. People are trying to go and take it out," one man says.

“Are those boats also looking [for dead bodies]?" a man asks as other boats can be seen.

"Yes, they are looking. They’re telling people to go down [to look]," another man replies.

A group of men then move along the riverbank as the body drifts towards the shore.

Several people then make their way down to the water and retrieve the body which is then carried away by volunteers reciting prayers for the dead.

An examination of landmarks visible in the footage and map imagery has enabled MEE to locate the exact spot on the southern shore of the Blue Nile where the body was recovered. 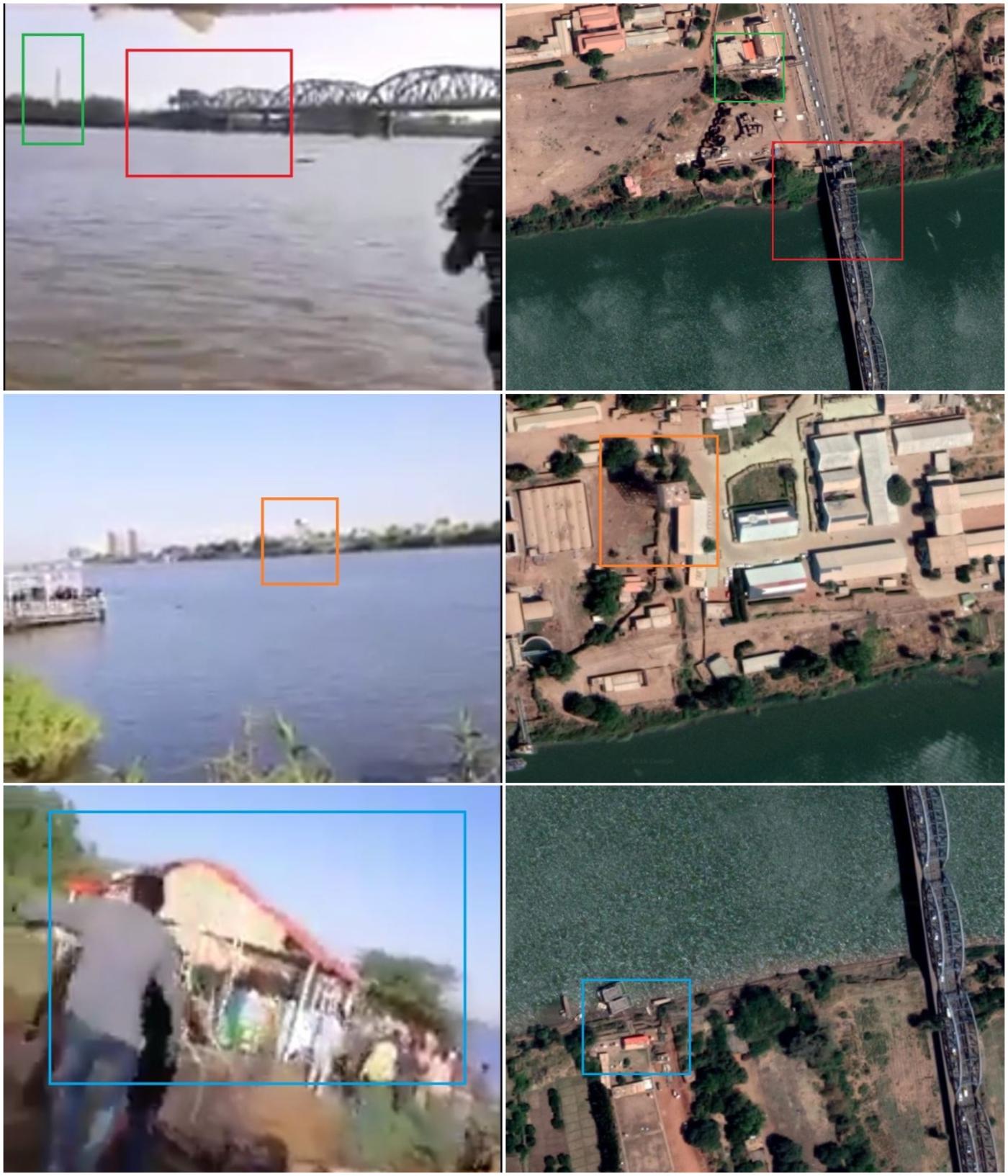 The crackdown has been widely blamed on Rapid Support Forces (RSF) militia units under the control of the vice-president of Sudan's Transitional Military Council, Mohamed Hamdan Dagolo, commonly known as Hemeti.

Eyewitnesses spoken to by MEE said that the tactics used by RSF units were reminiscent of those used by Janjaweed militia fighters involved in quashing an uprising in the western region of Darfur since 2002. The RSF was formally created from the Janajweed in 2013.

Mohamed Hamad, an eyewitness, told MEE that the attackers had used weapons including live bullets, tear gas and stun grenades. Women were attacked and beaten with rubber sticks, he said.

"I will never forget what I saw that morning. They were thousands of forces. They closed the gates of the army headquarters to prevent any intervention and begin the attack," Hamad said.

Another protester, who asked to remain anonymous, said security forces had attacked medical field centres in the middle of the protest camp and prevented doctors from treating the wounded.

"They abused the protesters and flogged the women tea sellers sitting there," he said.

A student, who also asked for anonymity, said security forces had also killed students inside hostel accommodation at the nearby Khartoum university campus.

"They raided the hostel inside the campus next to the sit-in and killed some students with knives," he added.

Asiel Alamin, an activist, told MEE that the tactics used were a clear indication that RSF militia units were responsible.

'Khartoum is a city of ghosts. There is almost no one on the streets except for the youths that have put barricades everywhere'

"These tactics of firing bullets without care for the number of casualties, the burning of tents, abusing women and the looting of the mobiles, are all the same tactics used by the RSF in Darfur," he said.

The Janjaweed were accused of involvement in war crimes, genocide and abuses by human rights groups, and one former leader of the group is among those charged, along with former Sudanese president Omar al-Bashir, by the International Criminal Court.

The military council has ruled the country since long-term leader Bashir was deposed in a coup in April after months of popular protests.

But talks between the council and opposition leaders about a transition to civilian rule had stalled prior to Monday's crackdown and now appear to have collapsed completely.

Faisal Mohamed Salih, a Sudanese political analyst, told MEE that Khartoum was currently in a security vacuum with only RSF forces deployed on the streets, and once large-scale protests reduced to a few youths barricading roads.

"Khartoum is a city of ghosts nowadays. There is almost no one on the streets except for the youths that have closed the majority of the roads and put barricades everywhere," he said.

"There are no police forces around and the markets and shops are totally closed. People just look shocked and frustrated."