'We are lost!': Thousands of tourists stranded as Morocco cuts links to Europe amid coronavirus outbreak 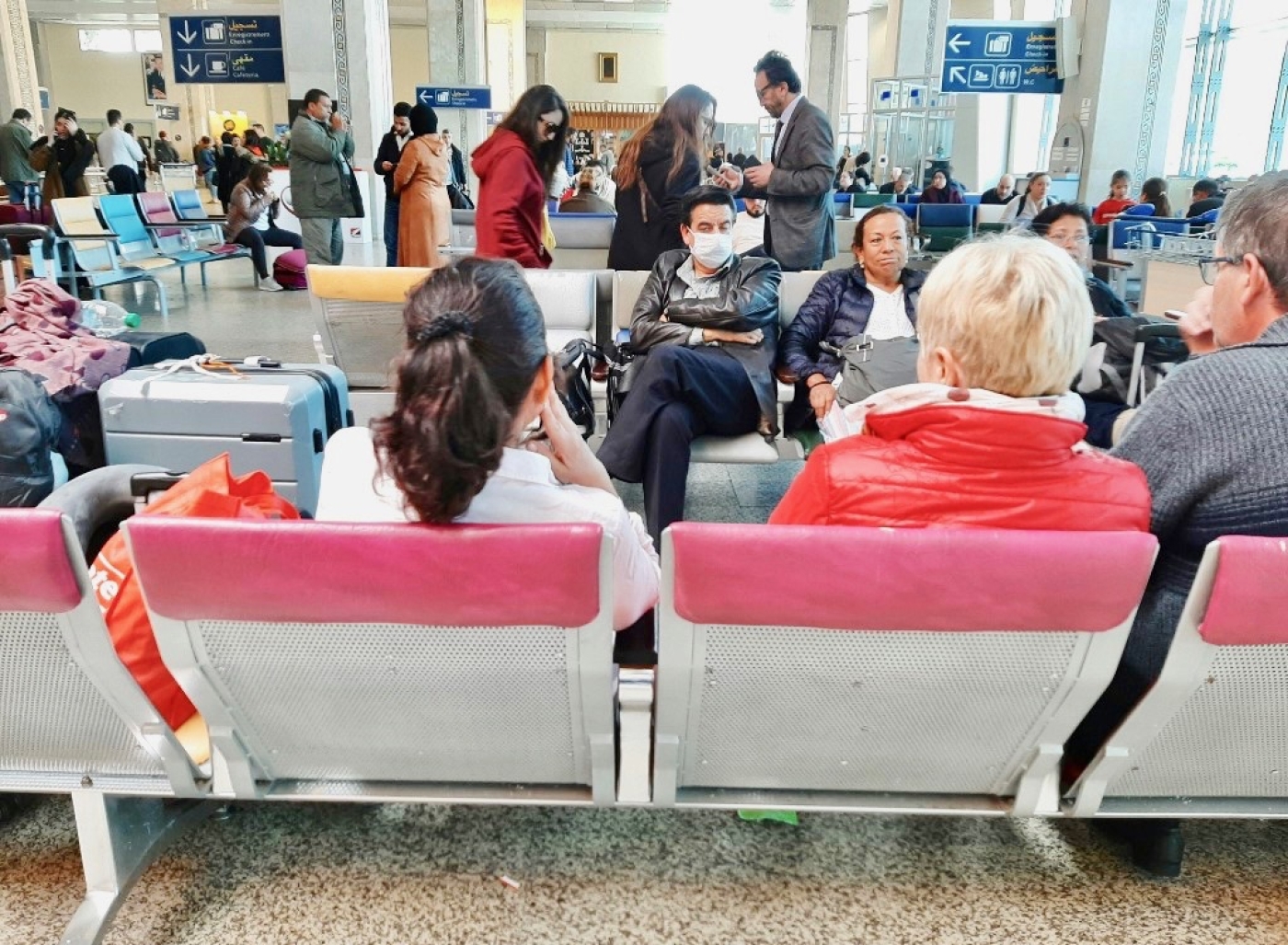 Thousands of tourists were stranded in Morocco over the weekend after the kingdom suddenly announced strict border restrictions in response to the coronavirus outbreak, leaving travellers stuck at borders, ports and airports. On Sunday, France and other European nations began an airlift to bring some of them home.

"We are lost!" said David, an Italian tourist waiting at the closed border with the Spanish enclave of Ceuta in northern Morocco, AFP reported.

Morocco suspended air, sea and land links with European countries and Algeria on Friday, as well as taking measures to confine citizens to prevent the spread of coronavirus. On Saturday, it suspended flights to and from another 25 countries, the foreign ministry said, extending the earlier ban that covered China, Spain, Italy, France and Algeria, according to Reuters. On Sunday it extended the ban, suspending all international commercial flights "until further notice".

The travel restrictions were causing panic in the kingdom's tourism sector, which accounts for 10 percent of GDP and is a key source of foreign revenue, last year attracting 13 million visitors. Sea links for passengers and Morocco's land borders with Ceuta and a second Spanish enclave, Melilla, were closed.

"Thousands of French were in Morocco when the decision was taken to stop flights to France. It's a very difficult situation," Helene Le Gal, France's ambassador to Morocco, said in a video posted on Twitter.

French television stations and social media showed hundreds of people at the Marrakesh airport on Saturday with no flights available and nowhere to go.

On Sunday, French Foreign Minister Jean-Yves Le Drian announced on Twitter: "Some 40 flights are operating to France today and tomorrow from several Moroccan cities and others will follow in the coming days."

According to information provided by Moroccan airports and embassy notifications, several other special flights were heading out of the North African country for Europe on Sunday, mostly to Belgium, Spain and Germany.

The French embassy, like other foreign missions, has set up a special crisis cell and replied to more than 8,500 messages on Twitter from tourists seeking assistance.

"There are flights, we are waiting at the counter. It is very tense," French traveller Sabrina told AFP by telephone from the southern tourist hub of Marrakesh.

The closure of the only land border between Africa and the European Union at Cueta and Melilla saw Spaniards rushing to leave on Thursday evening, as Moroccan day workers hastily returned in the opposite direction.

The land borders are busiest in summer and the border sees regular traffic throughout the year. Now, a Moroccan police roadblock bars the road towards the border with Cueta.

David, the Italian tourist, said he tried to go to Spain because links with Italy, a hotspot of the disease, were suspended.

After arriving in Morocco for a motorcycle tour with his partner earlier this month, the 33-year-old Italian was stuck at a service station outside Cueta.

The border at Cueta, like that at Melilla, was reopened Friday only for Spaniards.

The Spanish embassy in Morocco tweeted on Saturday that ferries were still operating between the enclaves and mainland Spain.

Its French counterpart also tweeted that "passage (into Ceuta and Melilla) is open to French ferry ticket holders with vehicles."

But except for a few travellers, the normally busy border post near the Moroccan town of Fnideq was deserted.

"We don't know how long this will last, no one has told us anything," said Rene, a 71-year-old Frenchman, speaking before the French government's announcement of special flights.

"The weather is good here, there's surely fewer cases of coronavirus in Morocco than in France," he said.

Moroccan authorities on Sunday upped the number of confirmed cases in the country to 28 from 18. One person has so far died from the virus.

France recorded 29 additional coronavirus deaths on Sunday, its biggest one-day increase since the outbreak, bringing the death toll to 120, Health Minister Olivier Veran said, with total cases at about 5,400.

Morocco has suspended all football matches, closed all schools, halted flights with nine countries and cancelled gatherings of more than 50 people.

On the Spanish side at Cueta, stuck Moroccans were wondering why their country would not let them back in.

"If I need to get a hotel, who will pay?" asked a man hoping to return home.

At Tangiers port, 30km (18 miles) to the west, containers and trucks were unloaded as usual but the passenger terminal was closed.

The busiest port in North Africa, the facility welcomed 568,000 foreign tourists in 2019, while 473,000 entered from Cueta and Melilla, according to official figures.

In a related development, Algeria will suspend all air and sea links with France from Tuesday to stop the spread of the novel coronavirus, the prime minister's office said on Sunday.

Abdelaziz Djerad ordered the "exceptional suspension" of "all air and sea passenger services" after consultation with his French counterpart Edouard Philippe, his office said in a statement.

There will be a repatriation scheme for French citizens currently travelling in Algeria and Algerian nationals now travelling in France, it added.